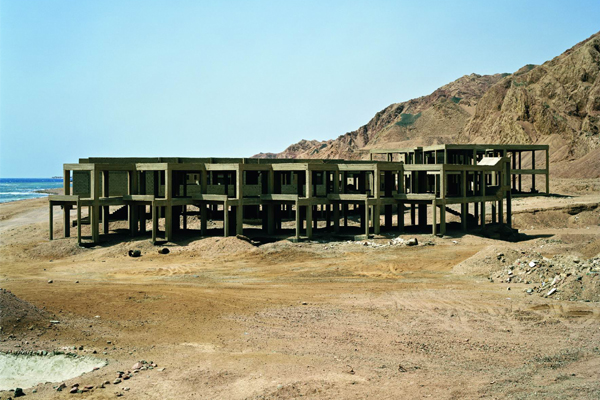 The cooperation between the Pinakothek der Moderne and Siemens Arts Program, which began when the Siemens Photography Collection was entrusted to the museum in 2003, is now continuing in the exhibition "Fiona Tan | 80 days". The exhibition grants the opportunity to take a long look at the recent photo, film, and video art produced by Fiona Tan, an artist who lives in Amsterdam. On show are seven film and photo installations. Central to the exhibition are the tableau-like works that make up "Vox Populi" (2004-2007) and the film installation "Countenance" (2002). One of the artist's prime concerns is with the contemporary portrait in photography and film. Tan's work evinces a deep, ongoing reflection on her part on the notions of personal and collective identity. Faced with social change and the cross-linking of quite different national cultures, the artist investigates the ramified forms in which cultural ties are manifested. "Fiona Tan | 80 Days" is an exhibition that casts light on the status of culture and tradition for people in our times, and against this backdrop focuses on the specific functions and social usages of photography and film. In her works the artist combines documentary archive material, photographs from strangers, and her own film footage to form visual sequences that blur the borders between documentation and fiction. Fiona Tan visited three countries in three different continents to develop the works that share the title "Vox Populi", whose three parts will be shown together for the first time ever in Munich. In Norway, Australia and Japan she collected amateur photos by unknown people, standardised them by using the same format and frames, and then pieced them together into a rhythmical structure on the wall. "Vox Populi" inquires into the relevance of historical and contemporary photography as a possibility for archiving the world. From this documentary material, which stores memories of private individuals, Tan has developed a kind of collective photo album that tells of the history and culture of various countries. Cultural identity as a passively learned, uniform schema is replaced in Tan's work by a productive, open practice that constantly allows new possibilities for identification. "Vox Populi" is the attempt to transcend a monocultural vantage point and increasingly to eliminate the distinction between own and other, indigenous and foreign. Fiona Tan's "Countenance" was created by her during a stay in Berlin, and shows some 200 full-length filmed portraits of men and women. Tan is interested in specific professional milieus, such as that of the baker, the artist, or the white-collar worker, as well as in their social backgrounds. In view of globalisation and mounting unemployment, she inquires into our current understanding of work. The black and white film "Countenance" references the folio work "Man of the 20th Century" produced by August Sander in the 1920s. With its footage of motionless people filmed front-on, Tan's film breathes the same aesthetic as a row of photographs. Tan has transformed Sander's investigation, which was encyclopaedic in nature, into a socio-cultural study. "Countenance" portrays people in a city that is marked by the way East and West have grown together. Confronted by them, the viewer does not stand as usual on the outside looking on at the presented situation, but is drawn in directly: at first the protagonists' static pose causes a certain perplexity in the observer, which is then dispelled by a small blink or scarcely perceptible nod of the head by the person in front of them in the film. The psychological fascination and attraction that have been exerted by portraits since time immemorial experience a great heightening here. Tan's pronounced interest in the different ways in which identity is formed, particularly through cultural imprinting as one of the major determinants, comes from her own personal background: She was born in 1966 in Indonesia, grew up in Australia, studied in Europe and now resides in the Netherlands. Thus the artist, who is intimately involved in various cultural contexts and whose life has been strongly influenced by the many, sometimes involuntary voyages she has made, sees herself as a "citizen of the world". This is also the reason for the allusion in the title of her exhibition, "Fiona Tan | 80 Days", to the expedition in Jules Verne's novel "Around the World in 80 Days". Fiona Tan attended the Gerrit Rietveld Academie as well as the Rijksakademie van Beeldende Kunsten in Amsterdam. She currently lives and works in the Netherlands. Over the last ten years her works have attracted great international attention. Her last exhibition, "Mirror Maker", which was shown in a number of European countries in 2006 and 2007, was nominated for the Deutsche Börse Photography Prize 2007. In addition she has had solo exhibitions at the De Pont Museum voor Hedendaagse Kunst in Tilburg, at Villa Arson in Nice, and at the Akademie der Künste in Berlin. Tan was also recently represented at the Sujeto in the Museum of Contemporary Art in Castilla y León in 2005, at the International Biennial Istanbul 2003, at the ICP Triennial in New York, at the Documenta XI in Kassel, at the 49th Biennial in Venice, and at the Berlin Biennial 2001.