I Was Cuba: Treasures from the Ramiro Fernandez Collection 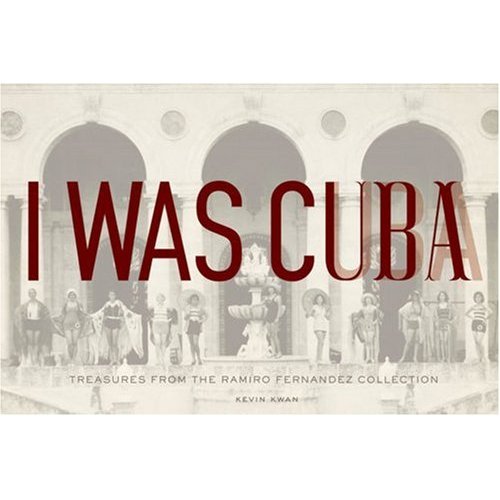 While most think of Cuba as a mythical island of rum, rumba, and revolution, period photographs reveal a more complex place. I Was Cuba is an original look at Cuban history as seen through the Ramiro Fernandez Collection arguably the world's leading archive of Cuban photos and ephemera. I Was Cuba showcases rare, vernacular images from the nineteenth century through the revolutionary period, exploring the everyday and the eccentric. With texts from famed Cuban writer Reinaldo Arenas (Before Night Falls), this captivating volume is an intimate view into a bygone era of glamour, political upheaval, and astounding visual culture. About the Author Kevin Kwan is a book packager and creative consultant who has created projects with some of the world's leading artists, designers, publishers, and institutions. He has been involved in the creation of numerous acclaimed visual books, including (un)Fashion by Tibor + Maira Kalman, Elizabeth Taylor: My Love Affair with Jewelry, and Spectacle by David Rockwell with Bruce Mau. In 2004, he produced Presenting Celia Cruz, the celebrated photography tribute to Cuba's "Queen of Salsa." Peter Castro was named managing editor of People en Español in 2006. Prior to joining People en Español, Castro worked at sister publication People magazine, most recently serving as executive editor overseeing entertainment coverage. Ramiro Fernandez was born in Havana to a family involved in the pharmaceutical industry. He left Cuba in 1960, settling first in Palm Beach County and then in New York, where he was a photography editor at Time Inc. for 25 years, working for such titles as Entertainment Weekly, Sports Illustrated, People, and People En Español. Fernandez first began to collect at the suggestion of his grandmother, who foresaw the coming turmoil and urged him to collect images of a Cuba that was fast disappearing. As a witness to the revolution in his youth, Fernandez's consuming passion has been to build a collection that can serve as a testament to the Cuba he remembers. Hardcover: 304 pages Publisher: Chronicle Books (October 11, 2007) Language: English