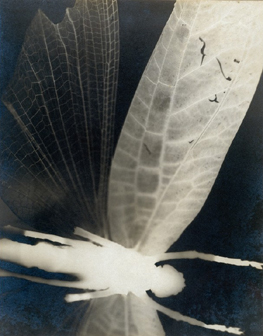 Curtis Moffat created dynamic abstract photographs, innovative colour still lives and some of the most glamorous society portraits of the early 20th century. He was also a pivotal figure in Modernist interior design. Moffat was born in New York in 1887 and studied painting there, and in Paris from 1913-1914 at the Ecole des Beaux Arts. In 1916 he married the English actress and poet Iris Tree, the daughter of the actor Sir Herbert Beerbohm Tree. Moffat collaborated in photography with Man Ray in Paris in 1923 producing portraits and abstract ‘photograms', or 'Rayographs'. Moving to London shortly after, Moffat opened an interior design company and gallery in Fitzroy Square in 1929. The company sold Modernist furniture and home-ware by some of the best designers of the day, as well as African sculpture. It was here, throughout the 1920s and early ‘30s, that Moffat also produced stylish photographic portraits of society figures, among them, actresses Diana Cooper and Tallulah Bankhead, writers and poets Samuel Beckett, Daphne du Maurier, Nancy Cunard and the Sitwell brothers, and photographer Cecil Beaton. The enterprise closed in 1933 largely due to the effects of the Depression.