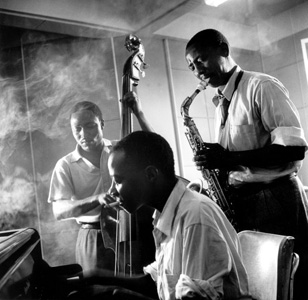 Jurgen Schadeberg was born in Berlin in 1931 and, while still in his teens, worked as an apprentice photographer for a German Press Agency in Hamburg. In 1950 he emigrated to South Africa and became Chief Photographer, Picture Editor and Art Director at Drum Magazine. It was during this time that Jurgen photographed pivotal moments in the lives of South Africans in the fifties. These photographs represent the life and struggle of South Africans during Apartheid and include important figures in South Africa's history. Jurgen Schadeberg photographed among others Nelson Mandela, Moroka, Walter Sisulu, Yusuf Dadoo, Trevor Huddleston and many others who have been documented at the key moments such as the Defiance Campaign of 1952, The Treason Trial of 1958, the Sophiatown Removals and the Sharpeville Funeral in 1960. In 1964 Jurgen left South Africa for London and during the sixties and seventies freelanced as a photojournalist in Europe and America for various prestigious magazines. He also taught at the New School in New York, the Central School of Art & Design in London and the Kunsthochschule in Hamburg. During this period he curated several major exhibitions including "The Quality of Life" which opened the New National Theatre in 1976. Before returning to South Africa in 1985 Jurgen lived in London, Spain, New York and France. The photographs from this period represent a rich mix of social documentary work as well as some modernist, abstract images. Since the nineties Jürgen Schadeberg had exhibitions in USA, Europe and South Africa. In 2007 he will be shown a.o. in Bayreuth, Esslingen, Cologne, London and Johannesburg. He will have two solo exhibitions at Seippel Gallery: "Happy Hour" in Cologne and "Jazz & Jozi" in Johannesburg.