Weekend in Havana: An American Photographer in the Forbidden City 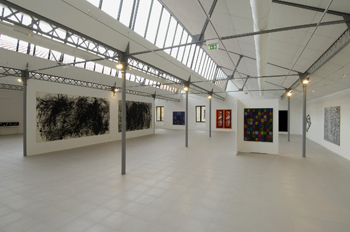 Both Cuba and the United States have strict rules governing photographic activity in Cuba. The U.S. carefully delineates what kinds of photographic undertakings are forbidden, while Cuba has, in the past, imprisoned photographers for giving a "distorted image of Cuban reality." Nevertheless, photographer Robert A. McCabe managed to satisfy the many regulations, and spent four eventful days in Havana, taking pictures of a people rarely seen by the rest of the world. Weekend in Havana celebrates Havana's citizens in a compilation of moving and thought-provoking photographs, 97 in total and all in full color. From images of buildings which combine classical influences with splashes of vibrant color to intimate portraits of the people, the book's presentation of Havana is fresh and realistic. The reader will meet a range of closely observed personalities, such as a policeman patrolling in a shabby police car, an expression of boredom and frustration flitting across his face; women young and old labeling bottles of rum in a factory; and children in both the red school uniforms of the Communist regime and in everyday American clothing. Introductions by Robert A. McCabe and Andrew Szegedy-Maszak, who has published widely on the history of photography, cover such topics as the difficulties facing photographers in Cuba, the differences between popular conceptions of Cuba and its reality, and the poverty, politics, and flux between old and new which mark Havana today. Weekend in Havana is a trilingual edition featuring English, Spanish, and Greek, making the book uniquely accessible. About the Author Robert A. McCabe was born in Chicago in 1934. His books include Metamorphosis and Greece: Images of an Enchanted Land 1954-1965. His photographs have been exhibited in the U.S. and Greece, and have appeared in numerous publications. He is currently working on photographic books about the Antarctic, Greece, and France. Hardcover: 144 pages Publisher: Abbeville Press (February 28, 2007) Language: English