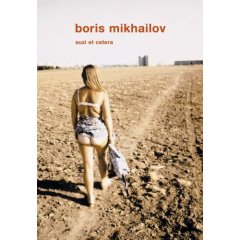 In the early 1980s, before Glasnost and Perestroika, Boris Mikhailov made this series of photographs in his home town of Charkow, in the Ukraine. Mikhailov is best known for his ruthlessly honest documentation of the problems of Soviet and Russian daily life; this work, which has never been published before, is sometimes gentler. About the Author Boris Mikhailov was born in 1938 in Kharkov, Ukraine and still lives in his hometown when not teaching at Harvard. His work has been widely shown throughout Europe and the United States, including at The Museum of Modern Art, New York, the Carnegie International, Pittsburgh, the Institute of Contemporary Art, Philadelphia, the MIT List Center, Cambridge, the Stedelijk Museum, Amsterdam, the Photographers Gallery, London, the DAAD Gallery, Berlin and the Sprengel Museum, Hannover. Mikhailov was recently honored with the Coutts Contemporary Art Award, the Hasselblad Award and the Citybank Photography prize. Paperback: 208 pages Publisher: Walther Konig, Cologne (March 1, 2007) Language: English