Fouad Elkoury - on war and love 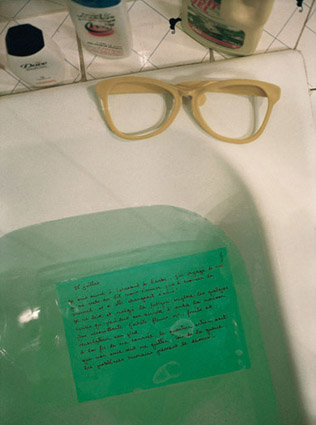 Photographer Fouad Elkoury (born 1952 in Paris) is showing new work created during the Israel/Lebanon war in 2006. Functioning like a diary, Elkoury's serial work depicts war and love evolving and transforming through crisis that often seem to run parallel. This exhibition consists of 33 pictures describing each day from July 13 to August 14, 2006. The photographs vary stylistically from 'straight photography' to ‚digital assemblies' in colour and black/white. All pictures combine text and image. Elkoury who is well known for his more 'photojournalistic' photographs now presents a group of works that offer an intimate reflection of events from the summer of 2006. Elkoury's earlier work has been widely shown in Europe, the Middle East and the USA. Tate Modern, Maison Européenne de la Photo, Städtische Galerie im Lenbachhaus among others.