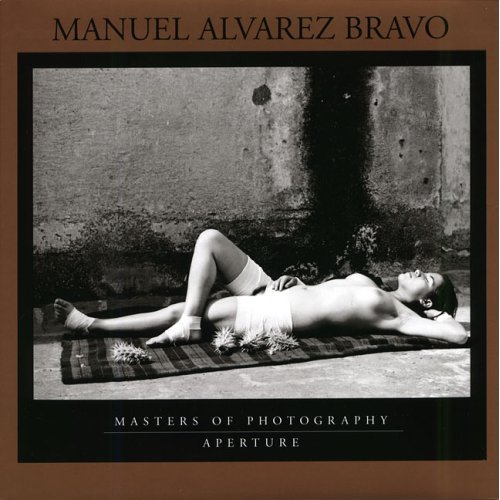 "The photography of Manuel Alvarez Bravo is Mexican by cause, form, and content, anguish is omnipresent and the atmosphere is supersaturated with irony."--Diego Rivera "Alvarez Bravo's photographs are enigmas in black-and-white, silent yet eloquent: without saying it, they allude to other realities, and without showing them, they evoke other images."--Octavio Paz Book Description Manuel Alvarez Bravo began photographing in 1924 during Mexico's thriving post-revolutionary artistic renaissance. While his early work embraced Mexico's urban realities, its peasants and workers, and its hauntingly beautiful landscape, Alvarez Bravo's ever-present acknowledgment of the macabre prompted André Breton, the leader of Surrealism in France, to claim him as an exponent of the movement. Hardcover, 8 x 8 in./96 pgs