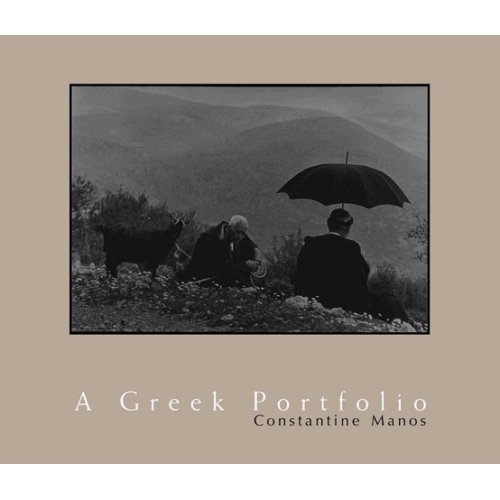 With its poignant and indelible images of Greece and its people, this is one of the all-time classic photo collections, and among the most memorable portraits of the country ever presented. In the early 1960s, Constantine Manos spent three years living in Greece and working as a photographer under the auspices of the prestigious agency Magnum Photos. A Greek Portfolio represents an impromptu pictorial account of Manos's travels through rural Greece and the Greek islands. The strength of these black-and-white duotone images, taken in small country villages and on secluded farms, lies in their portrayal of a way of life that had remained virtually unchanged for centuries before finally being overtaken by the modern world--a way of life that may strike viewers as at once humble and exalted in its quiet dignity and beauty. A Greek Portfolio was first published in 1972; the limited first edition has since become a much sought-after collector's item. Upon publication, the work received awards at Arles and at the Leipzig Book Fair. This new edition has been enhanced through the addition of eight previously unpublished images and a new foreword. A traveling exhibition of prints in this country will coincide with the publication of the new edition. There will also be a major exhibition at the Benaki Museum in Athens, Greece. Images from this work are in the permanent collections of the Museum of Modern Art in New York, the Art Institute of Chicago, and the Bibliotheque Nationale in Paris.