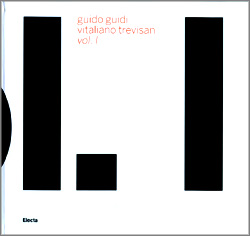 curated by Antonello Frongia 28x30cm, 96pp, 48 4-color photographs, with a short story by Vitaliano Trevisan and a note by Antonello Frongia. Graphic design by Leonardo Sonnoli. Published by Electa/Jarach Gallery, 2006 These forty-eight photographs by Guidi carry on a study of the Seventies, which defined domestic spaces as places of shadows and lights and the house as the dark room of existence. Guidi renews his "travel around my room", "interiorizing" landscape surfaces through a geographic, biographic and metaphoric meditation. The world itself is seen as a photograph, sensitive material animated by the light that runs through it. The author searches for the different qualities of light that changes colour on a wall or on a person's skin. He questions the palimpsest of signs and writings in a subway, on a lamp-post or in a classroom. In a prison cell he discovers the need of livening up places with the desires and the presence of the human body. The short story, written by Vitaliano Trevisan for the occasion, brings to live Guidi's vision with the presence of a character who - at the same time - observes, remembers and acts modifying what he sees and remembers. Trevisan shows us that Guidi's photographs are meant to be looked at more than once: they are meant to be lived. They are windows on the world and at the same time sensitive mirrors waiting to be animated by our individual projections. The authors Guido Guidi(1940) began to photograph in the late sixties; his work has been widely exhibited ever since. His publications include Variants (1995), In Between Cities. An Itinerary through Europe 1993/1996 (2003) and Bunker (2006). Guidi teaches photography at the University Iuav of Venice. Vitaliano Trevisan (1960) is a writer, musician, screenplayer, and actor. His publications include The Fifteen Thousand Steps (2002), Standards vol. I (2002), A Wonderful World (2003), Wordstar(s). Trilogy of Memory (2004), and Shorts (2004). He is the co-writer and the protagonist of Primo amore, a film directed by Matteo Garrone (2003).