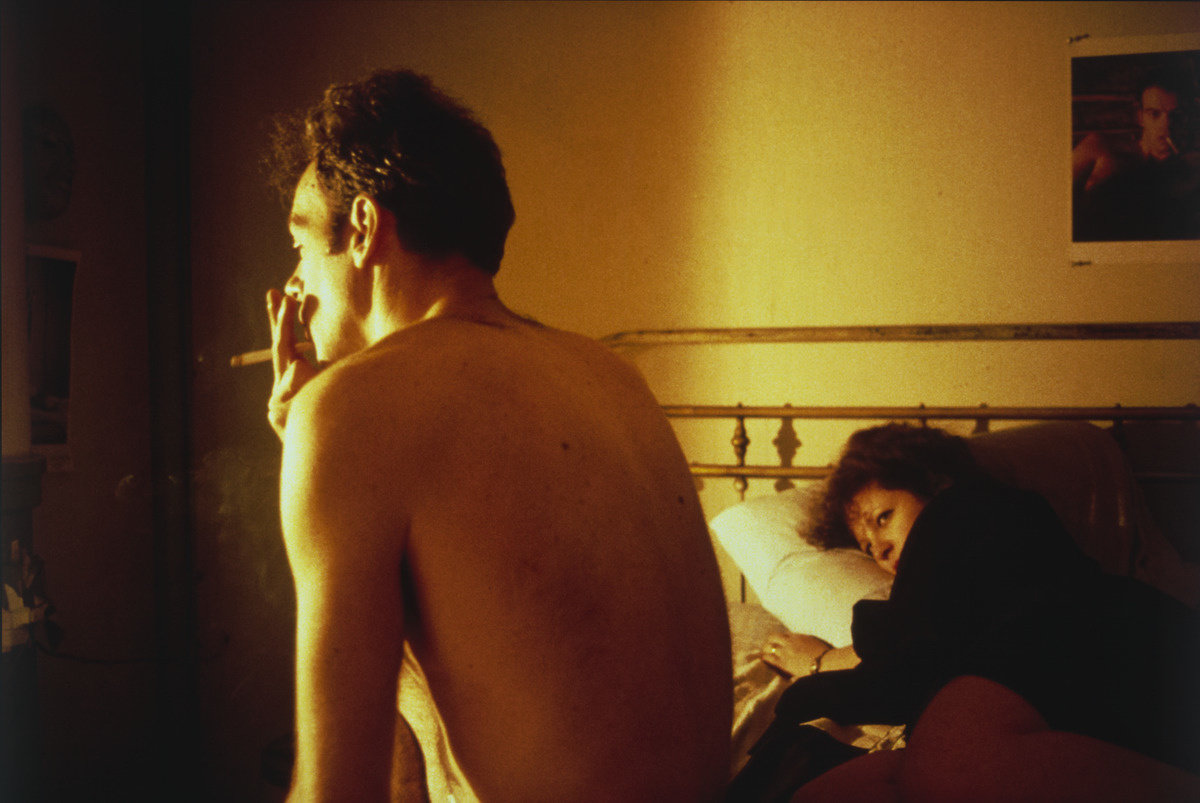 Comprising almost 700 snapshot-like portraits sequenced against an evocative music soundtrack, Nan Goldin’s The Ballad of Sexual Dependency is a deeply personal narrative, formed out of the artist’s own experiences around Boston, New York, Berlin, and elsewhere in the late 1970s, 1980s, and beyond. Titled after a song in Bertolt Brecht and Kurt Weill’s The Threepenny Opera, Goldin’s Ballad is itself a kind of downtown opera; its protagonists—including the artist herself—are captured in intimate moments of love and loss. They experience ecstasy and pain through sex and drug use; they revel at dance clubs and bond with their children at home; and they suffer from domestic violence and the ravages of AIDS. “The Ballad of Sexual Dependency is the diary I let people read,” Goldin wrote. “The diary is my form of control over my life. It allows me to obsessively record every detail. It enables me to remember.” The Ballad developed through multiple improvised live performances, for which Goldin ran through the slides by hand and friends helped prepare the soundtrack—from Maria Callas to The Velvet Underground—for an audience not unlike the subjects of the pictures. The Ballad is presented in its original 35mm format, along with photographs from the Museum’s collection that also appear as images in the slide show. Introducing the installation is a selection of materials from the artist’s archive, including posters and flyers announcing early iterations of The Ballad. Live performances will periodically accompany The Ballad during the course of the Museum’s presentation; performance details will be announced during the course of the exhibition presentation.