Women and the Civil Rights Movement 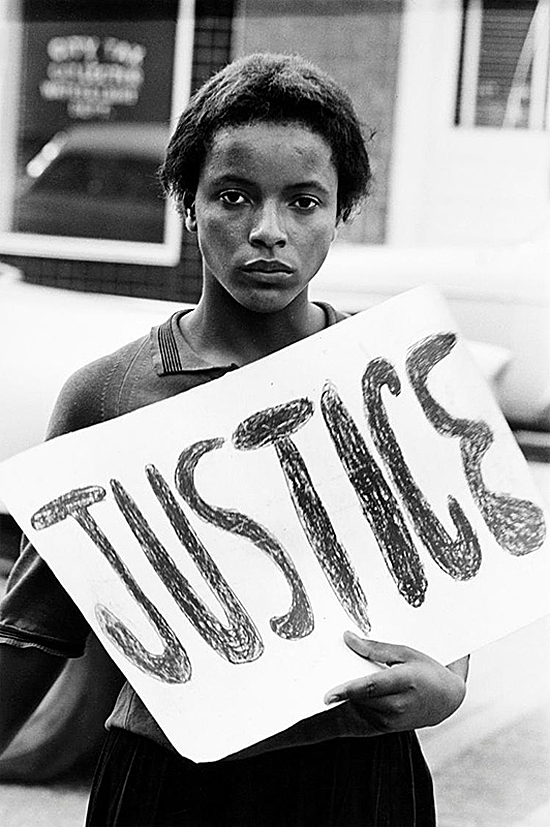 We explore the integral role of women in our nation's quest for social justice in an exhibition drawn from the Chrysler's rich collection of Civil Rights-era photography. Here is a stirring selection of images that mixes iconic imagery of struggle with the grinding facts of daily life in a segregated society.

Take, for instance, the photo at the right. Taken by Declan Haun, a freelance photographer working for the Charlotte Observer, it wound up being reprinted and circulated all across the country. It had quite an impact. Psychologically, it was one thing to see news photos of African American men in scenes resembling front-line combat. It was quite different to see a single 16-year-old girl with her courageous sign. On hot summer days in small-town North Carolina, she was barred from the municipal swimming pool solely because of the color of her skin.

Now compare Haun's photograph of Genora Covington with the Ernest Withers picture of Helen Ann Smith, shown below. Surrounded by shiny signs and chrome, her bright smile seems far removed from the troubles of her time. But this is a segregated business, a blacks-only subsidiary (Harlem House) of a national restaurant chain (Toddle House). Miss Smith, laughing and serving soda in 1959, may not seem like an activist, but her photograph illustrates a key point in the movement's history. There was no such thing as separate but equal. Separate was inherrently unequal. 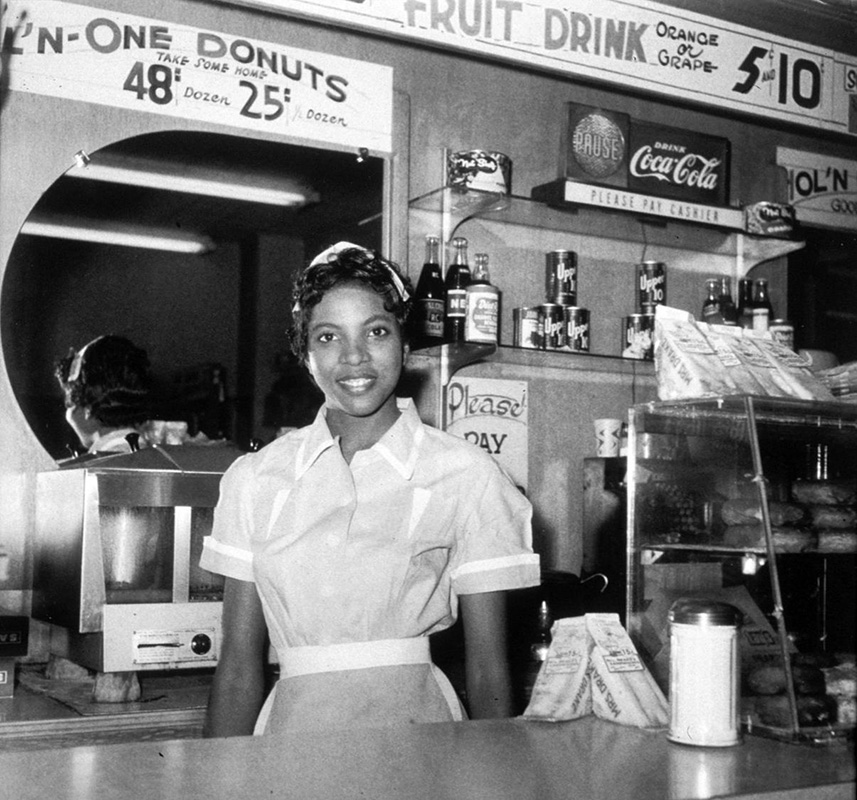 We invite you to take a fascinating historical journey through the eyes of those who witnessed the wrenching change in a nation struggling to deal with its separate and unequal worlds. The exhibition runs from June 14 to Oct. 30, and admission is free.