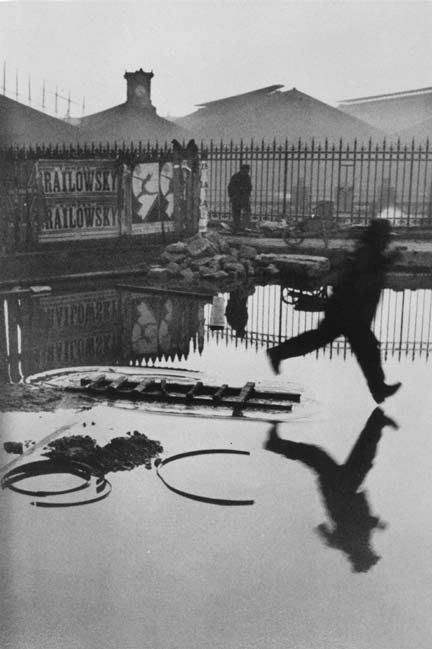 Henri Cartier-Bresson, A Tribute to Rome-Portraits, open to the public at the Museo di Roma Palazzo Braschi, from 31st May to the 29th October 2006 Opening on the 30th May at 6.30 pm “Above all, I am seeking inner silence. I am trying to translate personality and not just one of its expressions”. These words, by Henri Cartier-Bresson, are the perfect presentation for the photographic exhibition hosted at the Museo di Roma Palazzo Braschi and promoted by the City Council and the Commissioner for Culture of Rome, with the contribution of the Province of Rome, Contrasto, the Fondation Cartier-Bresson and Zètema Progetto Cultura.

The exhibition presents two different selections of images which are, to some extent, complementary: the first gathers a new selection of the most significant pictures that the great photographer, the Eye of the century as he has been called, shot in Rome during his travels and visits. The photographs have been selected together with his wife, Martine Franck, and are shown for the first time in a unique and prized tribute that the master of the 20th century made to the city of Rome and its visual allure. The second selection is a collection of portraits made by the great French photographer throughout his long life. All the portraits are extremely discreet, devoid of any artifice, and are yet another evidence of the unique gift of Cartier-Bresson, a man who knew exactly when to release the camera's shutter to capture a revealing fraction of a second.

For over fifty five years Cartier-Bresson portrayed not only some of the most important personalities of his time, but also common people and anonymous passers-by, chosen for their unusual gaze or interesting features, by an eye that could capture the real essence of the person in front of him. Christian Dior, Alberto Giacometti, André Breton, Marcel Duchamp, Roberto Rossellini, Arthur Miller, Martin Luther King, Pablo Neruda, Truman Capote, Isabelle Huppert, Simone de Beauvoir but also a woman with her children in Mexico, young couples, elderly people and simple onlookers. Most of the images are rare vintage prints.

They are the first selection which has been gathered directly with the works belonging to the Fondation Cartier-Bresson collection, which was created in Paris in 2003 to provide a permanent home for the photographer's production. A series of documents (such as books, letters and vintage magazines) complement the images. Rome is the only location, after Paris, where it will be possible to visit this exhibition: another reason which makes it an unmissable event. Also, one of Palazzo Braschi's halls will be dedicated to the screening of a 22-minute long film, Flagrant delits, made in Truka in 1967 by Robert Delpire with an original soundtrack by Diego Masson.

The film offers an original and deep prospect of Cartier-Bresson's most important photographs, scrutinised through the careful and watchful eye of his old friend and editor Robert Delpire and offered to the spectator in a continuous series of enlightenments - the striking visual crimes which have made the history of photography. Henri Cartier-Bresson (1908 – 2004) is the greatest and most innovative image-taker of the 20th century. Still today his photography has an enormous influence and his portraits are part of the priceless heritage he has left. The book An Inner Silence: The portraits of Henri Cartier-Bresson (product dimensions 20.5 x 24.5 cm, 158 pages, 97 photographs, by Agnès Sire and Jean-Luc Nancy), is published in Italy by Contrasto.