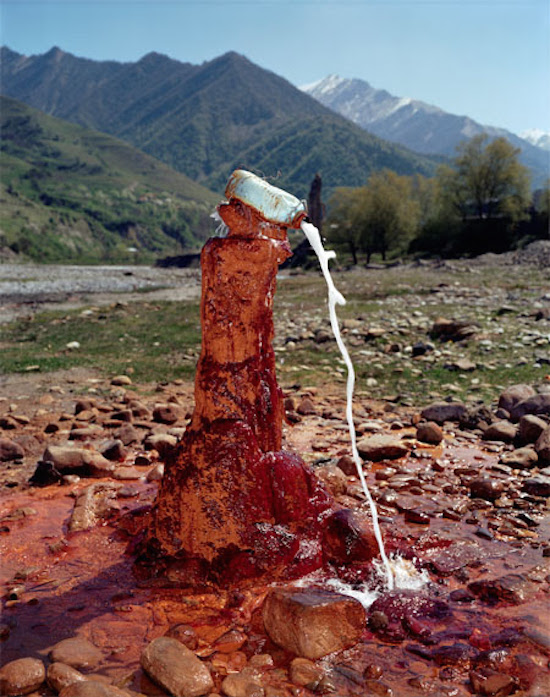 "We live our lives in the belief that the world is growing ever smaller. We eat vegetables from New Zealand, communicate in real time with people in Buenos Aires and Capetown, fly to New York for the weekend, and print books in China. We no longer have a feeling for real distances anymore. Our western world is plugged in 24 hours a day. Looking out of a jumbo jet, we see mountains and steppes, fields and villages passing by, 11 kilometers below us. Families live in each little building, and vehicles full of people move along the streets. Each of these people lives an individual life; each has a certain view of the landscape and a history. A dizzying thought. One closes one’s eyes; the sheer dimension of the idea is too immense. How does our world look in actuality? How does one cross the planet’s largest landmass? What kinds of images are the ones that make it back home? How does it feel to travel 15,000 kilometers by land, instead of taking the shortcut via the jet stream or fiber-optic cables?" - (Onorato & Krebs)

After their phenomenally successful work "The Great Unreal", based on a road trip through the US, which the artists subsequently distorted beyond recognition in their studio, the Swiss duo Taiyo Onorato & Nico Krebs hit the road once again in 2013. In their most recent, major project they take us on a trip by car to the East. The journey began in Zurich and led through the Ukraine, Georgia, Azerbaijan, Turkmenistan, Uzbekistan, Kazakhstan, Russia, and Mongolia. Through regions in a state of transition-territories that people from the West know very little about. This series forms an imaginative counterpart to "The Great Unreal". In contrast to the cultural and visual output of the US, which is present everywhere, the artists had barely any distinct notions of the "East". The photographs and films that they made during their journey serve as the starting point for a series of works – some real, some surreal – in which images of their experiences are joined with those constructed from memory and the imagination.

Using analogue documentary media, such as 16mm film and large-format plate cameras, Onorato & Krebs playfully draw on the myth of the road trip and the exoticism of the East. Searching for the contemporary central Asian fairytale, they broaden the terrain of the documentary. In their work they understand travel as an experimental process, in which the creative impetus of chance is welcome. The resulting images, films, and installation-based interventions are as much constructs as documentation. In a grotesque manner, the idea of something becomes as prominent as its reality; its potential past and future are concentrated in a single moment. 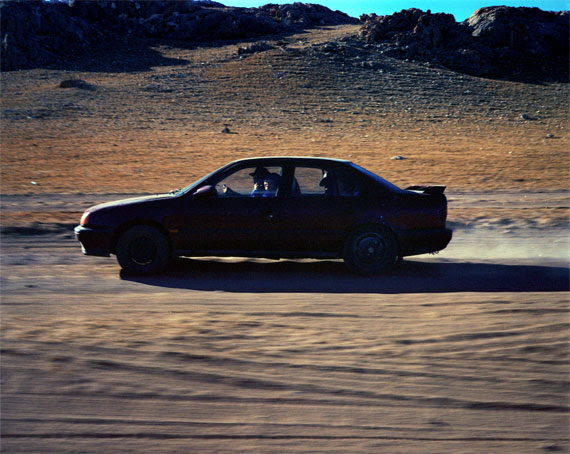