Exhibition : « Images that stay with us » by Thomas Hoepker 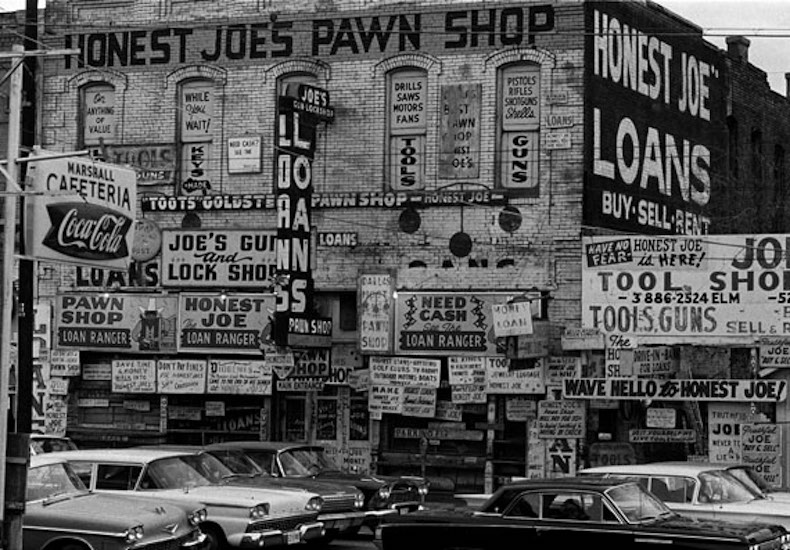 The world is being manipulated. Things which we consider to be real may be, at closer inspection, just a muddle of incoherent messages. What had once been clear signs of communication, now looks like a mess - jumbled and confused. Dallas, Texas 1963: the facade of a building, facing the highway, is scattered by texts and signs - it's a chaos of letters. One message conceals the next, one billboard covers it's neighbor. The more we want to decipher this image the less we understand this chaotic jumble. Maybe this multi-facaded warehouse had been waiting to be discovered by a clear eye, an eye like Thomas Hoepker’s, at age 27. From this multi-facaded chaos Hoepker distilled one of his typical images. Hoepker had embarked on a search for an America beyond Times Square and Mullholland Drive, for a reportage for the German magazine KRISTALL. An America, which Robert Frank had already shown us years before - fragmented, convoluted and ambiguous. One day during his trip Hoepker came across "Honest Joe's" pawn shop. And from the chaos of the signs he formed one of his most characteristic images to date. Hermetic, profound and ambiguous like his prior photographs of advertising signs on the highway to Reno or the giant advertising board over a tire shop in Houston. Still even today the world of signs is one of the central themes in the photographer’s work, who was born in Munich.

At times Hoepker shows the mysterious codes, which have forged their way into urban reality through advertising, everyday objects or art works; and at other times he shows those he created himself with his images. Thomas Hoepker is one of the last great creators of icons. His photographs for magazines such as "Twen", "Stern" or "GEO" have written history for over six decades: Andy Warhol behind transparent foil, Muhammad Ali at the hair dresser, the grey cityscapes of East Berlin. To this day few other photo journalists of his generation have demonstrated such a good eye for the mysterious moment, in which world events hide behind small nebulous stories. And with this talent Hoepker possibly managed to create one of the last icons of photography when on September 11, 2001 two airplanes crashed into the New York Twin Towers. Then he took a picture which went around the world: a gloomy cloud of smoke over the Hudson River in late summer. It was the end of the 90s and a farewell to hedonism and a carefree attitude.