Exhibition : « Conservations with the dead » by Danny Lyon 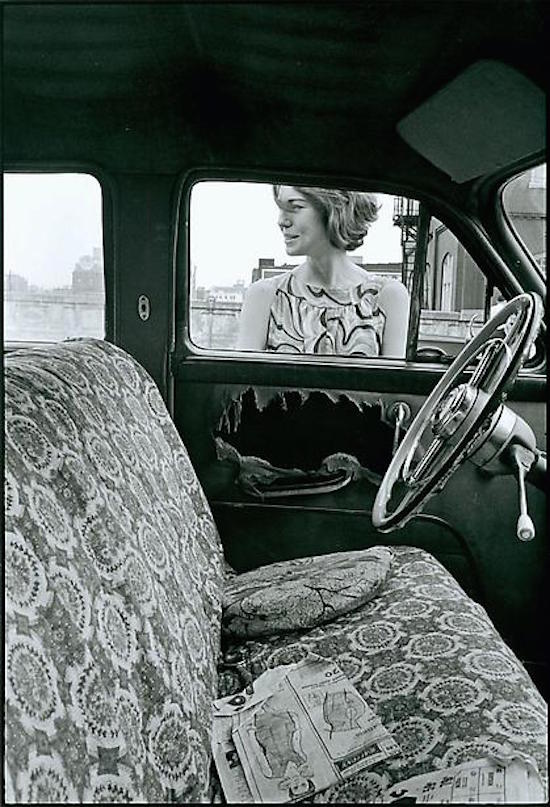 Edwynn Houk Gallery is pleased to announce an exhibition of rare, vintage photographs by Danny Lyon from his groundbreaking series, Conversations with the Dead. In 1967-68 Lyon spent over fourteen months inside Texas prisons, photographing and befriending inmates. Drawn from his own archive, many of the works on view are the first prints made and used to edit and lay out the first publication of his seminal book, Conversations with the Dead: Photographs of Prison Life with the Letters and Drawings of Billy McCune #122054 (Holt, Rinehart and Winston, 1971). The exhibition coincides with Phaidon’s publication of the facsimile edition of the original 1971 book.

Danny Lyon is known for photographing outsiders as an advocate of social justice and human rights. As the first staff photographer for the Student Nonviolent Coordinating Committee in the early 1960s, he was active in the Civil Rights movement as a participant and a photojournalist. By the mid-1960s he joined the Chicago Outlaw Motorcycle club and spent two years riding with and photographing bikeriders. In 1967, recognizing the inequities of the correctional system, Lyon drove from his home state of New York to Huntsville, Texas to undertake what many consider to be his most powerful body of work. With full access granted by the director of the Texas Department of Corrections (TDC), Lyon visited seven different prisons that housed general populations (The Walls and Ramsey), as well as youths (Ferguson), women (Goree), the elderly and mentally ill (Wynne), those new to the system (Diagnostic) and those deemed most dangerous (Ellis). The photographs detail the day-to-day life of the convicts, including highly-regimented meals, brutal work conditions and dehumanizing ‘shakedowns.’ In his own words he sought to “make this picture of imprisonment as distressing as it is in reality.” The images are often harrowing, sometimes poignant, but always beautiful and compelling. Lyon’s empathetic lens reveals the humanity of the prisoners in the face of a system that is anything but human. His photographs of women in the Texas prison system will be shown now for the first time.

During his time working inside the TDC, Lyon befriended many inmates, some of whom worked in the print shop of the Walls Unit in Huntsville. With their help, he published a small portfolio of the work titled “Born to Lose,” which was produced in the print shop. Many of the vintage prints exhibited here were printed by Lyon in Texas at the time, or the following year in Manhattan as he prepared for the publication of the 1971 book. While the work intimately explores the state of prisons two generations ago, Lyon’s prison photographs continue to grow in relevance and resonate deeply in the world today.

Danny Lyon is a self-taught photographer, writer and filmmaker. He has published numerous books, including The Bikeriders, The Destruction of Lower Manhattan and The Seventh Dog. An active blogger, his writing appears on dektol.wordpress.com. He has received fellowships from the National Endowment for the Arts, the Guggenheim Foundation and The Rockefeller Foundation in both filmmaking and photography. Lyon has had solo exhibitions at the Whitney Museum of American Art, the Art Institute of Chicago, the Menil Collection and the de Young Museum in San Francisco, among others. In 2011 he received the Missouri Honor Medal in Journalism. This fall he will receive the Lucie Award for Achievement in Documentary Photography. Lyon lives and works in New Mexico