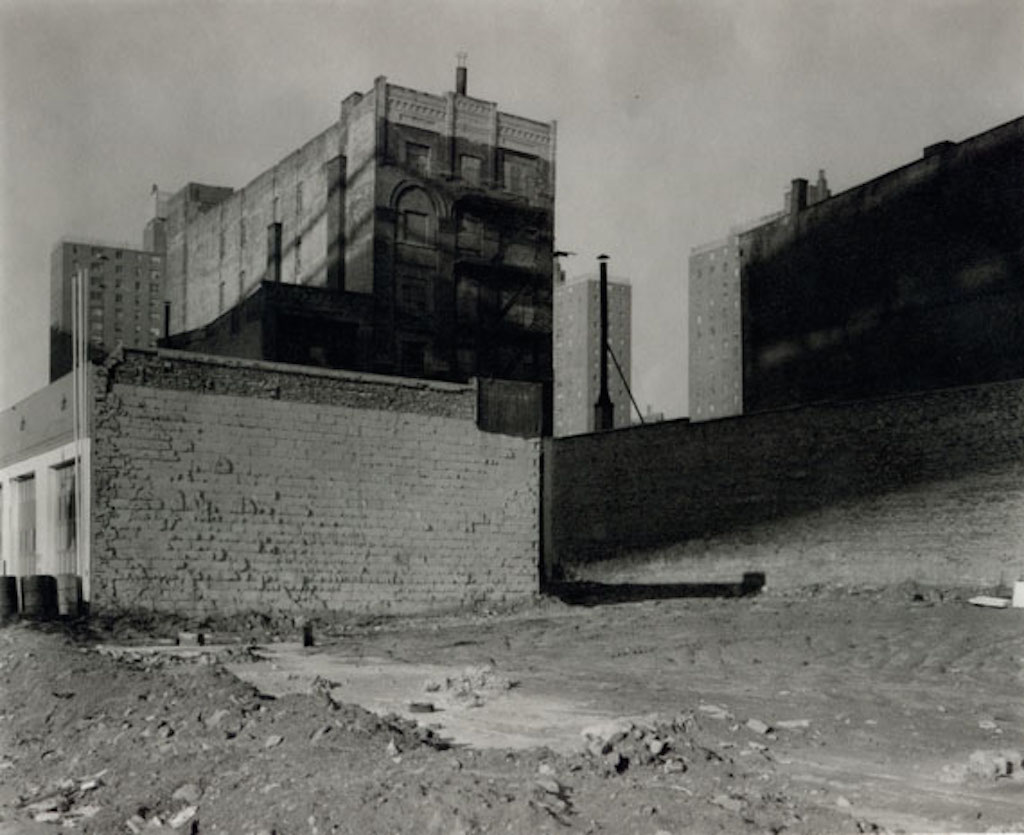 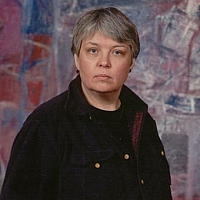 Over her long career, Jan Groover managed to coax out the subtleties and intricacies of black and white photography to an extreme that few others achieved. The range and depth of her platinum-palladium prints, often on onion-skin parchment, continue to amaze us.


In the early 1980s Groover took her 8”x10” camera outside to the almost empty streets of Brooklyn to document the extraordinary industrial landscape that spread out just beyond the bridge. The almost infinite tonal range that is a hallmark of the platinum-palladium process renders the rough and jagged industrial landscape peopled with huge boxy buildings and chain link into shimmering facades and tracery. The process imparts a haunting beauty to these desolate streetscapes.

After Groover moved to France In the 1990s, she documented the construction of a huge superhighway cutting through the fields surrounding her newly acquired home in Bordeaux. The subtleties in the land scarred by heavy machinery and framed by untouched woods and trees is her subject matter. Again the effect of the tonal and textural nuances in her prints is sublime.

This body of landscape work is less well-known than the tabletop still lifes in the Groover lexicon, but their impression and importance are evident.