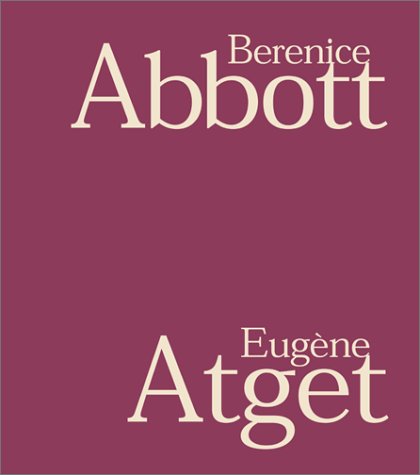 Eugene Atget, the "Balzac of the camera" and a beloved chronicler of Paris from 1898 to 1927, was the master of giving an objective view of the city's poor. New York photographer Berenice Abbott bought all of the prints and negative plates in Atget's estate in 1927, and for 40 years she printed from his negatives, produced new copies of old prints, cataloged, treasured, and promoted the collection. This carefully produced volume is a brilliant window into the art of photography and the beauty that Atget revealed in an earlier Paris. It contains an excellent essay by Worswick, a photographic historian and collector, who tells the tale of Abbott's acquisition and devotion to the Atget collection. Worswick details the long story of Abbott's obsession and her struggle to sell the treasure to a proper collector. It builds to a happy ending with the eventual appreciation and wide exhibition of the photographs. This piece and Abbott's 18-page text outlining her passion for these quiet black-and-white photographs make a solid contribution to photo history. Recommended for all collections. David Bryant, New Canaan P.L., CT Copyright 2002 Reed Business Information, Inc. Book Description Eugene Atget's photographs of Paris between 1898 and 1927 form the bedrock of an American modernist photographic vision. In 1927, Berenice Abbott, one of the century's most renowned photographers in her own right, became the largest collector of Atget's work when she purchased his estate. For the next 40 years (1929–1969), Abbott devoted much of her creative life to popularizing the work of Atget. Representing her vision of Atget's tapestry of Parisian life, this book reproduces and discusses the rare prints created by Abbott from Atget negatives — one of the few instances of one great photographer printing another great photographer's work. Over 100 duotone photos are featured, some of which Abbott developed from previously unpublished Atget negatives. "The Atget prints are ... a rare and subtle perception, and represent perhaps the earliest expression of true photographic art." — Ansel Adams