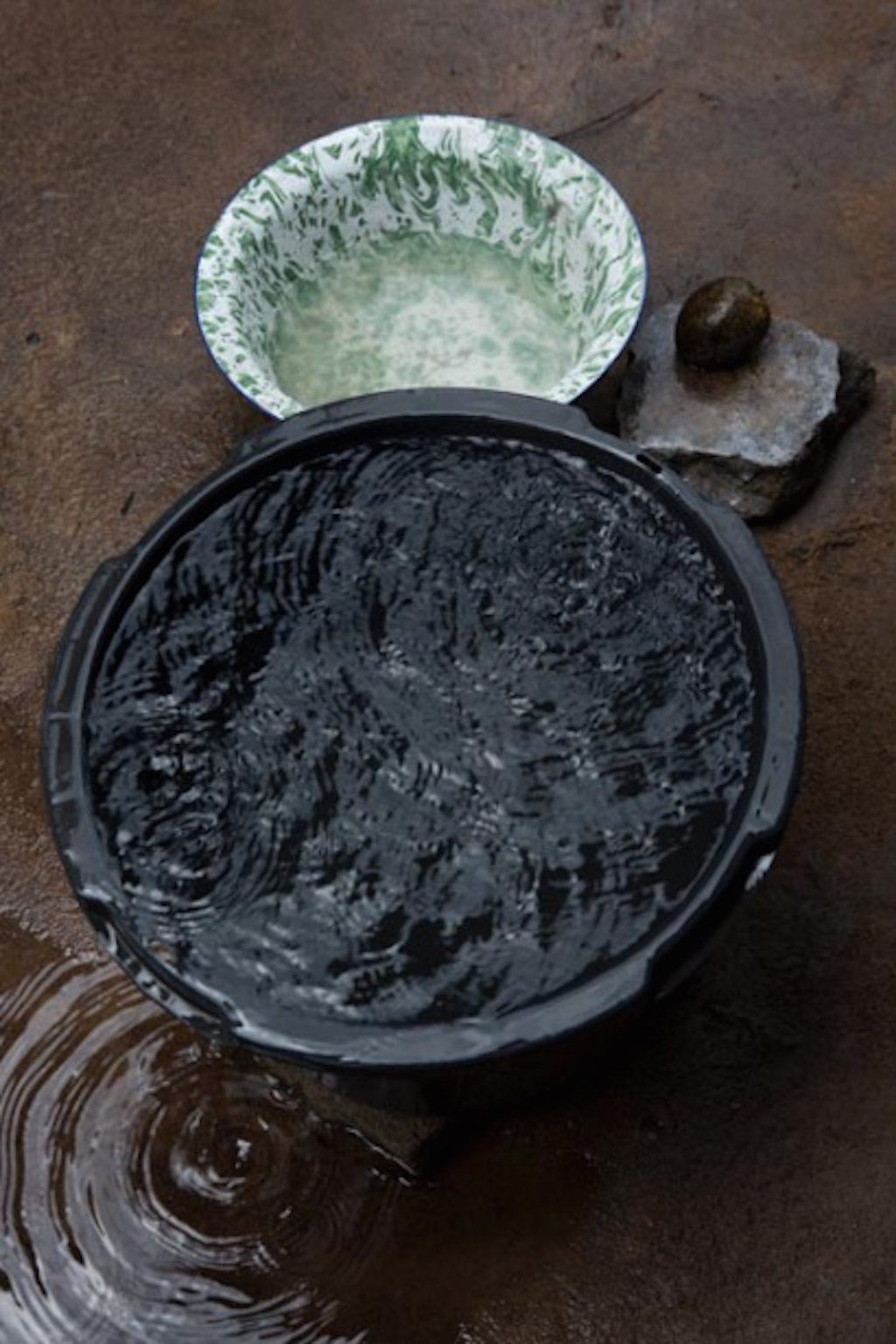 The ICA is delighted to present a solo exhibition of recent work by Viviane Sassen, a photographer who has garnered parallel critical acclaim as a fashion photographer and in the context of contemporary visual art. The content of the exhibition focuses predominantly on a body of work that Sassen made in Pikin Slee, Suriname in 2013. Pikin Slee is the second-largest village on the Upper Suriname River, deep within the Surinamese rainforest. The exhibition consists of black and white and colour works shot on an analogue camera.

In her first visit to Pikin Slee in the summer of 2012, Sassen was intrigued by the village and its inhabitants. Her eye was caught by the overwhelming natural beauty and the Saramacca's very traditional way of living, combined with the more mundane objects which seemed to seep through daily life. The Saramacca community are isolated from the outside world, living without running water, electricity, roads or the internet. The only way to access the village is by canoe, a journey of about three hours up-river. They grow their food on small agricultural plots, producing cassava bread, pressed maripa palm oil and dried coconut.

Shot mainly in black and white and of contained format, Sassen's series of abstract compositions and elusive subjects are an exploration of the beauty of the everyday, an investigation of the sculptural qualities of the ordinary.

My memories of Africa have always played a major role in my life and in my work. I guess that’s because they filled my very first consciousness. It’s in my spine, my blue-print so to speak… When I returned back from Kenya, all I knew was my life there, so Holland seemed very strange and new to me... Now that I’ve travelled so much in Africa over the past 12 years, my ideas about the continent and about myself in relation to it, have changed of course. But it’s a continuous journey, both in the inside world and the outside world. My work is a reflection of that journey - Viviane Sassen

Sassen was born in 1972 in Amsterdam, where she now lives. She first studied fashion design, followed by photography at the Utrecht School of the Arts (HKU) and Ateliers Arnhem. Her work was first published in avant-garde fashion magazines and is regularly commissioned by prominent designers. Sassen was included in the main exhibition of the 55th Venice Biennale, The Encyclopedic Palace, in 2013. A retrospective of 17 years of her fashion work, In and Out of Fashion, opened at Huis Marseille Museum for Photography, Amsterdam, in 2012, accompanied by a book published by Prestel (Munich); the exhibition travelled to the Rencontres d'Arles festival and then the Scottish National Portrait Gallery, Edinburgh. The book won the Kees Scherer prize for best Dutch photography book of 2011/2.

She was awarded the Dutch art prize, the Prix de Rome, in 2007, and in 2011 won the International Center of Photography in New York's Infinity Award for Applied/Fashion/Advertising Photography. She was one of six artists selected for the 2011 New Photography exhibition at the Museum of Modern Art in New York. Solo exhibitions have taken place at FORMA in Milan (2009) and FOAM in Amsterdam (2008), among other venues.

Recent group shows include No Fashion, Please! Photography between gender and lifestyle at the Vienna Kunsthalle (2011); Figure and Ground: Dynamic Landscape at the Museum of Contemporary Canadian Art in Toronto as part of the Contact Photography Festival (2011); and the 2010 Brighton Photo Biennale, curated by Martin Parr.