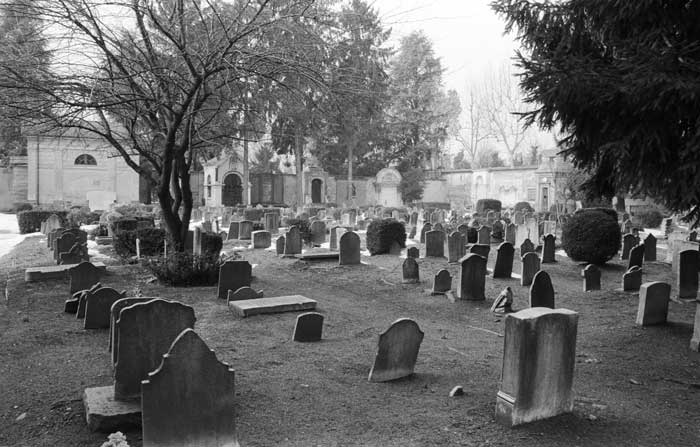 Curated by Francesco Faeta Production: Dipartimento di Scienze Cognitive e della Formazione Università degli Studi di Messina Collaboration: Association of Significant Cemeteries in Europe Support: Associazione Italiana di Scienze Etnoantropologiche; CNR - Progetto Finalizzato "Beni culturali". This exhibition is dedicated to Italian cemeteries and the practice of passing down memory, concretised here in funereal locations and in a number of ritual practices. Based on the acknowledgement and presentation of the images created during a period that extends from the last thirty years of the last century to today, the exhibition is the first step in a broader project involving anthropological-cultural research started this year and addressing the social structuring of memory, in both scholarly and ordinary environments in contemporary Europe. The main hypothesis is that commemoration practices are a fundamental process for the political elaboration of local, national and super-national society, and organically set within the creating process of individual and collective identity. This seems all the more important in times of emphasised globalisation, or forced and excessive sharing, hence of an homologated project for life, society and culture, causing a sort of general amnesia and, hypothetically, a general reorganisation of both public and private remembrance customs. On one hand one sees the progressive and rapid disappearance of traditional funeral practices, on the other a process involving the standardisation and compression spaces dedicated to the dead and to their memory. The fundamental removal of the right to live within society is very evidently also extending to the funereal dimension. Space that is not essential within the logic of the city's mere market development, such as cemeteries and other locations of civilised presence, cooperation, remembrance and a structured elaboration of thought, suffers the same compression and the same distortion resulting from residential construction. Paola Agosti Antonio Biasiucci Roberto Bossaglia Giacomo Daniele Fragapane Marina Malabotti Marialba Russo Istituto Nazionale per la Grafica, Palazzo Fontana di Trevi via Poli 54 00187 Roma Italia 06 69980257 www.grafica.arti.benicultirali.it OPENING TIME: Tuesday-Sunday, 10.00 am - 7.OO pm closed on Monday TICKETS: EURO6 reduced EURO4 COME ARRIVARE: Bus: piazza S.Silvestro n.52, 53, 61, 71, 80, 85, 160, 850 Metro: Linea A fermata Barberini