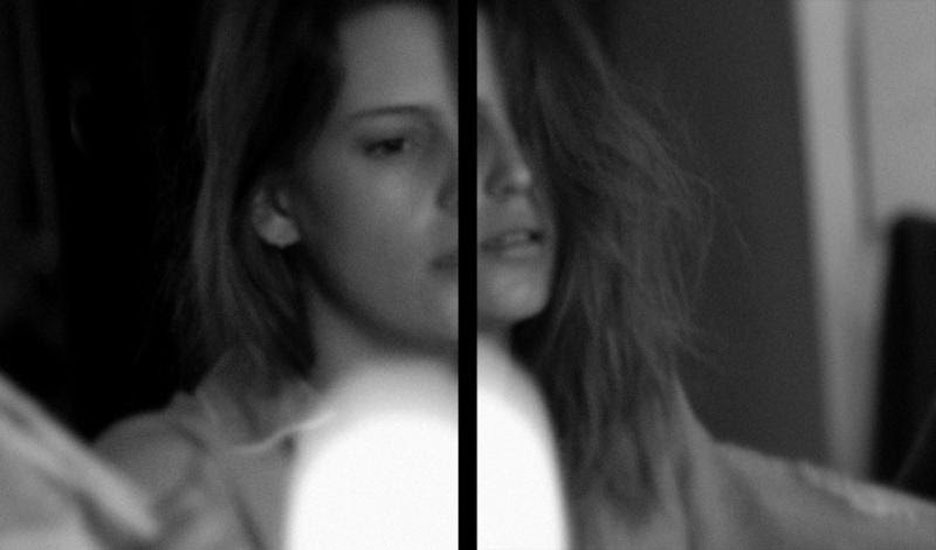 Entitled Accumulation of Shapes (Part One), the exhibition will run from 23 November through 21 December 2014. Team is located at 83 Grand Street, between Wooster and Greene. Concurrently, our 47 Wooster Street space will host Traffic Jam, an exhibition by German artist Andreas Schulze.

For his third solo exhibition with the gallery, Sam Samore presents a new series of portraits of the French actress Juliette Dol. Each work consists of two images, apparently sequenced a few frames apart, which are cropped and then joined together with a narrow black line of separation. Directly referencing the cinematic device of the split screen, the resulting works not only engage both the formal and conceptual relationships between film and photography, but also serve as in-depth investigations into obsession, inconclusive narrative and the complex psychological corridors of desire.

Printed on rag paper and exhibiting Samore's signature treatment of photographic grain, these black and white images both adhere to and depart from the artist's past works. While the texture and content are evocative of previous series - particularly his Situations - the artist in this instance offers a more complete visual scope of a singular subject. Fragmentation, both spatial and psychological, have been central themes in Samore's practice since the nineties; however, in these portraits, the rupturing of the self is the primary focus. The split of the subject into parts echoes the separation of model from camera and spectator from constructed image. The physical gaps between the two "halves" of these photographs instigate our natural urge to locate a legible sequence, their very unknowability activates a compulsion to unify the images into a cohesive whole.

Each photograph depicts Dol in the process of an immediately identifiable but mysterious action: we see her recumbent on a bed, fully clothed in a bathtub full of water, approaching a doorway, navigating through a dark space by flashlight with eyes fixed on an indeterminate point in the distance. By cleaving together two slightly different images, Samore makes a clear reference to the physicality of film cells. Slight variations in the subject's position or the camera's depth of field imbue the images with a kinetic quality that reinforces the unsettling sense that we are accessing only fragments of a whole. The coupling of known and unknown quantities pays direct service to the Film Noir trope of doubling, though Samore is careful to disrupt the narrative experience by ultimately withholding even the suggestion of conclusivity.

Sam Samore has been exhibiting his work for the past forty years. Prominent monographic exhibitions have been held at De Appel in Amsterdam, P.S.1 MoMA in New York, Casino Luxembourg, and the Kunsthalle Zürich. Samore participated in the 46th Venice Biennale, the Istanbul Bienniale 2007, and the Tirana Biennale 2005. The artist has had recent solo gallery exhibitions in Brussels, Berlin, and Paris.