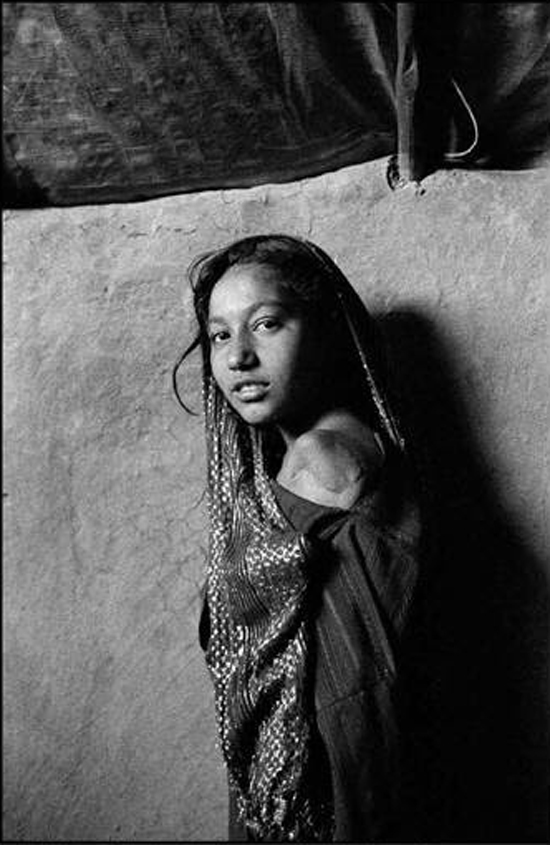 This exhibition concentrates on photographs made in Afghanistan between 2008 and 2011, the subject of a major monograph published by Aperture Foundation.

For 30 years, Afghanistan has known only war. With this work, Towell presents a moving and in-depth look at the country, whose citizens and landscapes are affected by conflict on a daily basis. A veteran conflict reporter, Towell has worked in Nicaragua, El Salvador, Vietnam, Mexico, Africa, Palestine and Afghanistan. This work offers a tour de force examination of survival, exile, loss and recuperation. Towell shows the war from a variety of perspectives – from military camps to domestic interiors – and offers depictions of US soldiers, landmine victims, ordinary Afghan citizens, cityscapes and weaponry, as well as a rare series of Taliban portraits.

The exhibition displays key photographs taken over the course of his time spent in Afghanistan, and begins with his famous image taken at Ground Zero in New York City on September 11, 2001. His 35mm work seen together with his panoramas offer an insightful report that bears witness to the lives of Afghanis living amongst conflict.

This new publication presents a facsimile of the photographer's original artist maquette, complete with his handwritten notes, stories, and over 350 images, including collages. A true art object, this book conveys the complexity of the conflict, which has roots that go deep into historical and tribal grievances. Beautifully produced in a limited edition, this extraordinary compilation offers an important historical document on present-day Afghanistan seen through its social, political and environmental landscapes.

Larry Towell is the first Canadian born member of the prestigious Magnum Photos Agency, whose photographers bridge the divide between journalism and art, and between the objective statement and the personal point of view. Towell’s work is exhibited and collected around the world. He is the author of 11 books, including: The World from My Front Porch (Archive of Modern Conflict / Bulger Gallery Press, 2008); The Cardboard House (Trolley, 2008); No Man’s Land (Textuel / Chris Boot, 2005); The Mennonite’s (Phaidon, 2000); Then Palestine (Aperture, 1998) and El Salvador (W. W. Norton & Company, 1997). Larry is also the author of four original music CDs and two films, including Indecisive Moments which won a 2008 Achievement in Filmmaking Award at the New York independent Film and Video Festival.

Towell lives with his family and sharecrops a seventy-five acre farm in Southwestern Ontario. He was raised in a large rural family and is the son of an auto body repairman. As a teenager, Towell’s father once scolded him for wanting to drive to Florida with a friend. It was too far from home and he would be corrupted by the distance. While Towell studied visual arts at York University in Toronto (1972 –76), he was given a camera and taught how to process black-and-white film. He brought the camera home, because there was no other place on earth he wanted to photograph more.

During a stint of volunteer work in Calcutta in 1976, Towell began photographing and writing, questioning the distribution of wealth and issues of land and landlessness. When he returned, he supported himself and his family by teaching folk music for several years. In 1984, he also became a freelance photographer and writer, focusing on the dispossessed, exile, and peasant rebellion. He completed projects on the Nicaraguan contra war, the relatives of the ‘Disappeared’ of Guatemala, and US Vietnam veterans who had returned to help rebuild war-damaged Vietnam.

Towell’s first published magazine essay, “Paradise Lost,” was about the ecological consequences of the Exxon Valdez catastrophe in Prince William Sound, Alaska. His experience as a poet in the 1970s and as a folk musician in the 1980s did much to shape his style.

Everywhere he travels he concentrates on intimacy. In 1997, Towell completed a major story on the Palestinians. In 1996, he completed a project based on ten years of reportage in El Salvador. His fascination with landlessness simultaneously led him to the Mennonite migrant workers of Mexico, a ten year work-in-progress.

Towell has exhibited broadly in Europe and North America and his work is housed in major collections. His reportage has appeared in magazines that include: The New York Times, LIFE, GEO and Stern. Towell has been the recipient of numerous photography awards that include several World Press and Pictures of the Year awards, the Henri Cartier-Bresson Award, a Eugene Smith, the Oskar Barnak, Ernst Haas, Roloff Beny, Alfred Eisenstadt, and a Hasselblad award. In 1988, he became a nominee for Magnum Photo Agency and in 1993 he became a full member.