Sophie Calle : « Rachel, Monique » at The Episcopal Church of the Heavenly Rest 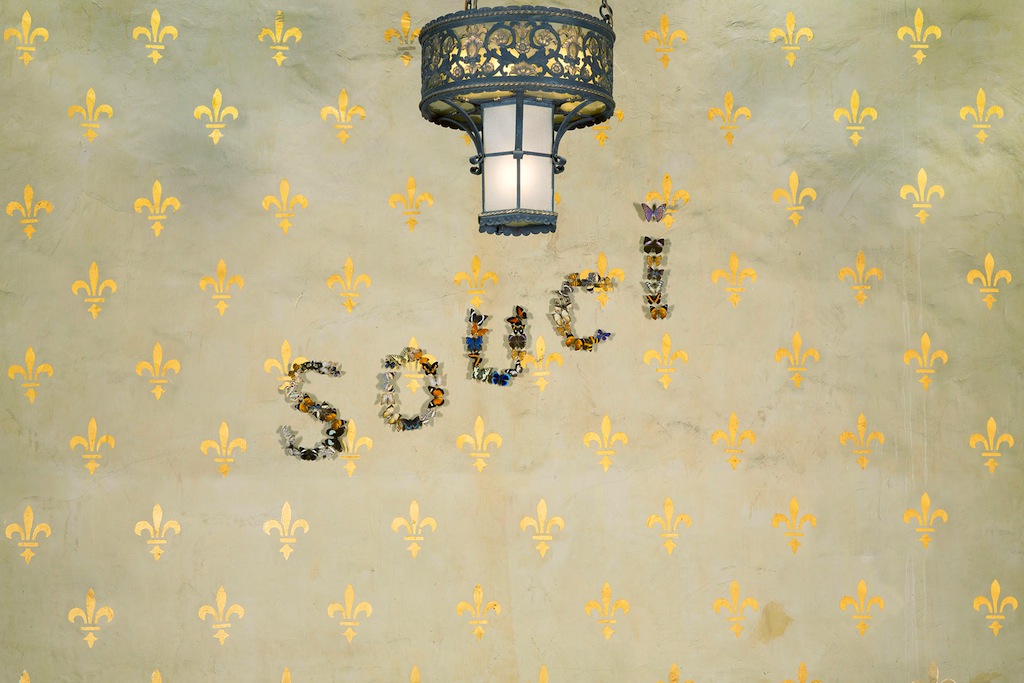 Paula Cooper Gallery and Galerie Perrotin are pleased to present Rachel, Monique, an exhibition by Sophie Calle at the Episcopal Church of the Heavenly Rest in New York. The exhibition will be open Tuesday through Saturday from 10-6pm in the church’s chapel. The church is open every day from 8am to 6pm.

This exhibition, a sequel to Calle’s one-person show at the Paula Cooper Gallery last October, is inspired by the loss of Calle’s mother Monique Sindler, who died in 2006:

She was successively called Rachel, Monique, Szyndler, Calle, Pagliero, Gonthier, Sindler.
My mother liked to be the object of discussion. Her life did not appear in my work, and that annoyed her.
When I set up my camera at the foot of the bed in which she lay dying – I wanted to be present to hear her last words, and was afraid that she would pass away in my absence – she exclaimed: 'Finally!'

Installed in the church’s chapel, the exhibition presents a selection of artworks, including "Couldn’t Capture Death", the artist’s film of her mother’s dying, which premiered at the 2007 Venice Biennale. Accompanying the works on view is a soundtrack composed of selected excerpts from Monique’s diaries, which she kept from the early 1980s through 2000. 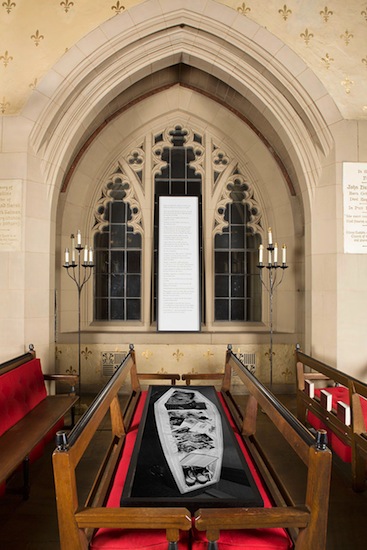 The project is a first for the Church of the Heavenly Rest. “This show is a reverent and elegant tribute to the experience of death and loss, common to every human being. In “Rachel, Monique,” Sophie Calle lifts up the life that comes out of loss through elegiac images of memory, love, and the life she shared, and continues to share, with her mother through this installation. As a church that believes the spiritually ineffable is often best expressed through art, we are pleased to be invited into ‘remembering’ with her by hosting this deeply felt work,” says the Rev. Elizabeth Garnsey.

Described as 'haunting' and 'a mystery novel that tirelessly searches for a missing person,' "Rachel, Monique" is an ongoing project that Calle continues to expand upon. Versions of the project have previously been exhibited at the Palais de Tokyo (2010) and the Festival d’Avignon (2012) and have brought the artist international recognition. 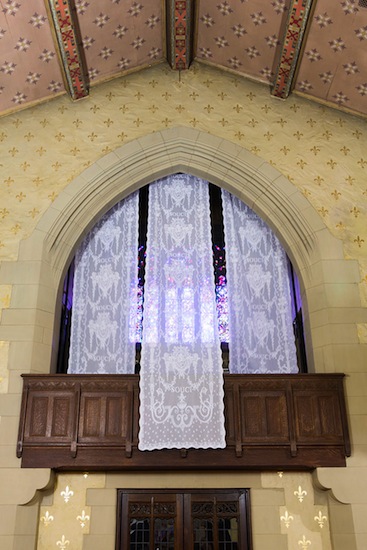 Since the late 1970s, Sophie Calle has made work that employs provocative and sometimes controversial methods for confronting her emotional and psychological life. Her renowned 2007 exhibition "Take Care of Yourself", for the French Pavilion at the 2007 Venice Biennale, invited women to interpret an email Calle had received from a boyfriend abruptly severing their relationship. The artist orchestrated these interpretations into a tour de force combination of text, photography and video, filling the entire pavilion. The exhibition was subsequently presented to much acclaim in the Bibliothèque Nationale, Paris, and numerous other venues worldwide.
Calle’s work has been shown at many international venues including the Centre Georges Pompidou (Paris), the Musée d'Art Moderne de la Ville de Paris, the Museum Boijmans van Beuningen (Rotterdam), the Institute of Contemporary Art (Boston), the Tel Aviv Museum of Art, and the Hara Museum of Contemporary Art (Tokyo). Her exhibition "Last Seen", now on view at the Isabella Stewart Gardner Museum, marks the second time Calle has engaged with the museum’s collection, following her 1991 series of the same title. Sophie Calle was the recipient of the 2010 Hasselblad Award for photography. 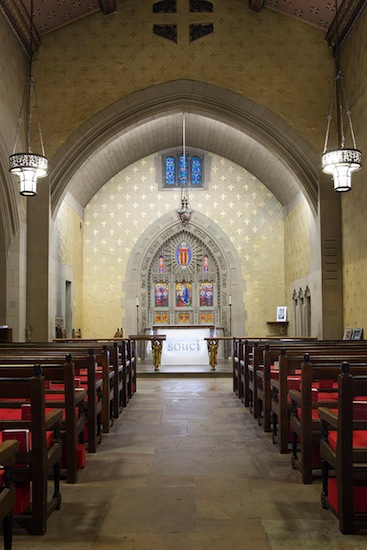