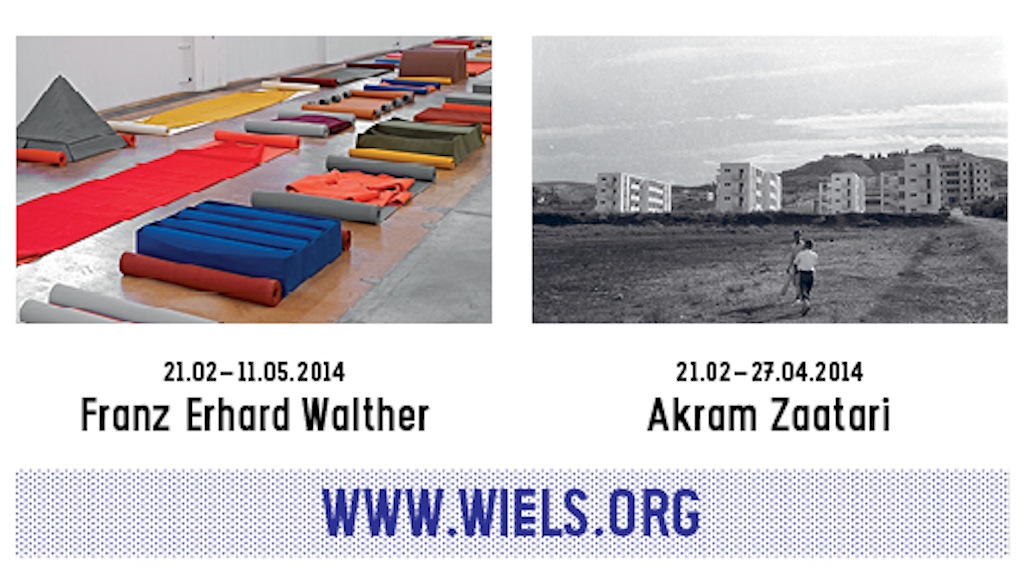 
WIELS presents the first solo exhibition in Belgium by Beirut-based artist Akram Zaatari. Zaatari, born in Saida, Lebanon in 1966, presented one of the most memorable works at the Lebanese Pavilion at last year’s Venice Biennale. WIELS shows this theatrical installation, which unites a 16mm film and a video projection under the title Letter to a Refusing Pilot, together with other works that also revolve around the letter form and its real or imaginary addressee. A letter is both proof and testimony: an intimate and subjective reaction to events, and, simultaneously, also a direct registration of what takes place.
The exhibition title is taken from Zaatari’s essay-film This Day from 2003. Ten years after its production, with the escalating war in Syria and the enduring Israeli-Palestinian conflict as its backdrop, the film acts as a prism through which the past and present are brought into focus. Today, Zaatari is known as one of the artists expanding the notions of documentary film and photography in the emotionally charged Middle East, a region that has been indelibly marked by war. 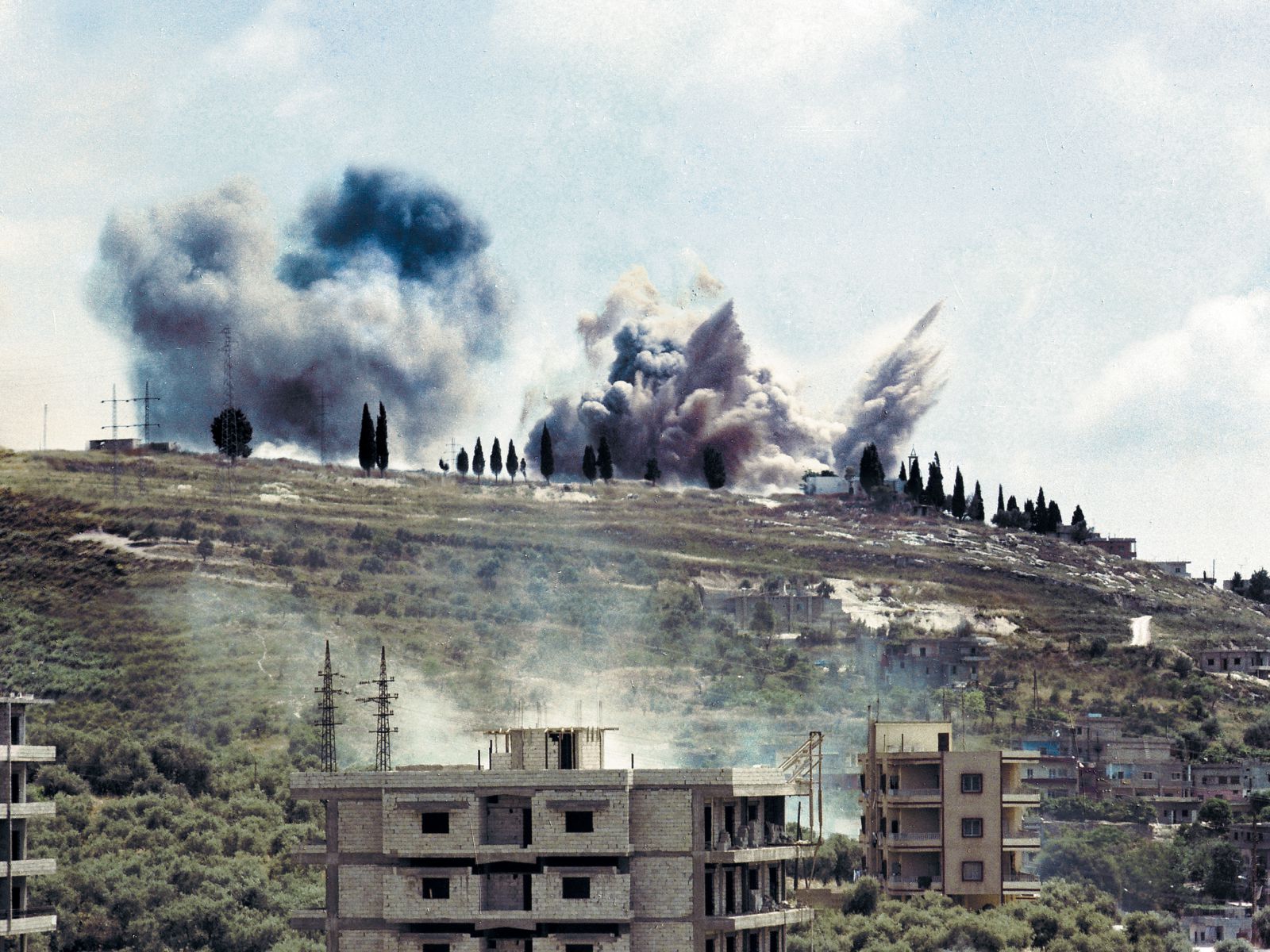 
In Letter for a Time of Peace for instance, an actual letter excavated by the artist at Ain el Mir, where the front used to be, we read a message to the future written by resistance fighter Ali Hashisho. The disinterring of valuable objects also echoes Zaatari’s metaphoric gesture of burying documents at the Karlsaue Park for dOCUMENTA (13). The Time Capsule-sculpture, of which is a simulation is presented here, imagines a radical model for the preservation of artifacts at times of great risk.
Closely linked with the practice of archiving and opening up a collection, he has developed a very personal montage style, open and documentary with subjective voice-overs or text overlays. Zaatari thus gives a voice to the people portrayed and the photographers, and juxtaposes these subjective documents with the great historical developments and conflicts of the age. Providing evidence to counter Western stereotypes of the Arabs, their culture and nature is a driving force for both Zaatari and the Arab Image Foundation, of which he is a co-founder.


« I am interested in the archaeology of technology of image production, and this is where both meet. This is where my interest in archaeology meets a memory charged with emotion »

Akram Zaatari is a video artist and curator who lives and works in Beirut. Author of more than 30 videos, and video installations, Zaatari has been exploring issues pertinent to Lebanese postwar condition, particularly the mediation of territorial conflicts and wars through television, and the logic of religious and national resistance such as in his documentary "All is Well on the Border" (1997), the circulation and production of images in the context of a geographical division of the Middle East, such as in his feature length “This Day” (2003) and “In This House” (2005). Zaatari has also been exploring representations of male sexuality particularly in "crazy of you" (1997), and later in "How I love you" (2001).
Co-founder of the Arab Image Foundation (Beirut), he based his work on collecting, studying, and archiving the photographic history of the Middle East notably studying the work of Lebanese photographer Hashem el Madani, as a register of social relationships and of photographic practices. His ongoing research was the basis for a series of exhibitions and publications such as "Hashem El Madani: Studio Practices" (with Lisa Lefeuvre) "Mapping Sitting" (collaboration with Walid Raad). He has text contributions in scholarly journals such as Third Text, Bomb, Framework, Transition, and Parachute. He is a regular contributor, writing on video, in Zawaya. 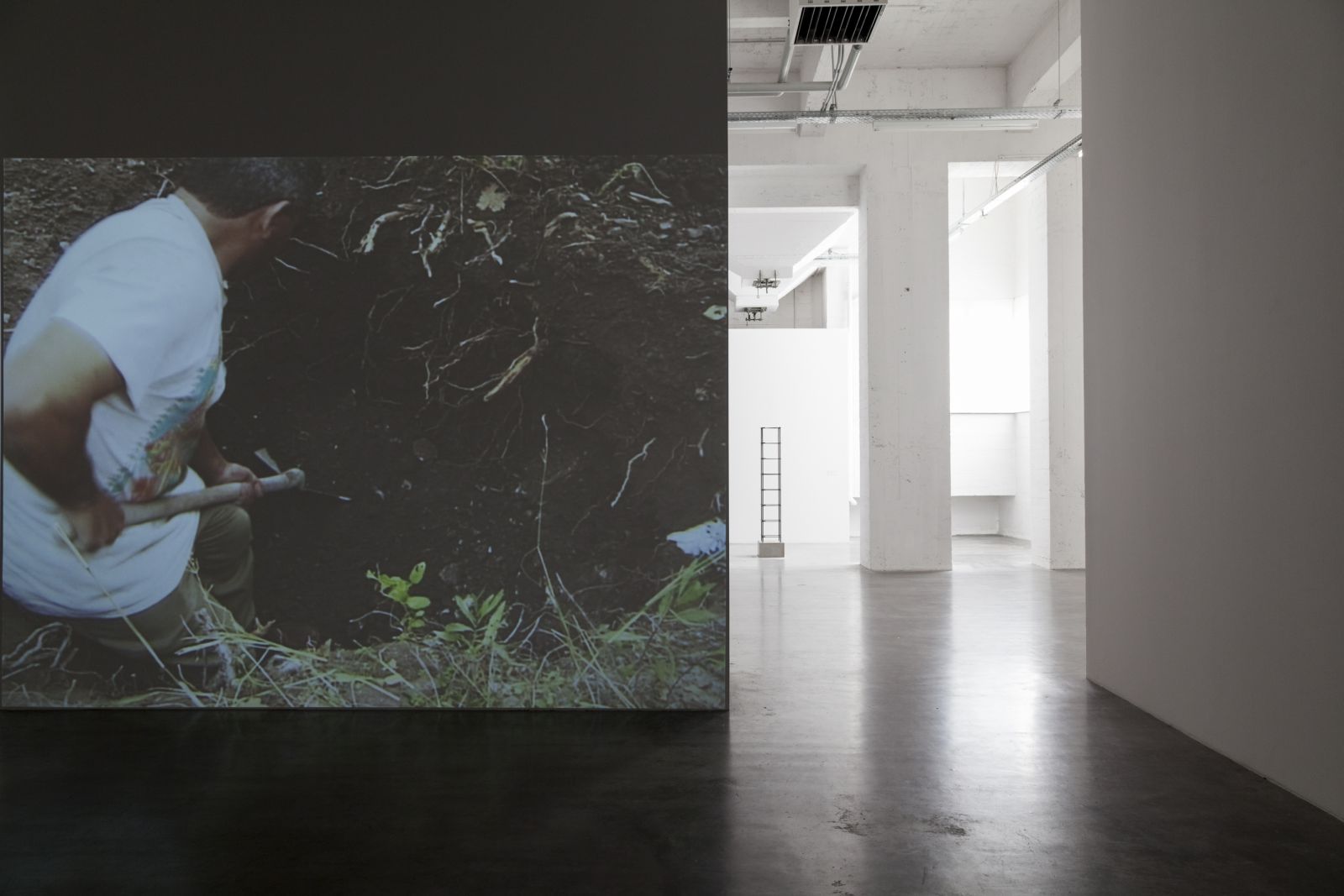 
« Among the most prolific and influential artists of his generation, Zaatari has played a critical role in developing the formal, intellectual, and institutional infrastructure of Beirut’s contemporary art scene. He was one of a handful of young artists who emerged from the delirious but short- lived era of experimentation in Lebanon’s television industry, which was radically reorganized after the country’s civil war. As a co-founder of the Arab Image Foundation, a nonprofit run primarily by artists, which is devoted to the research and study of photography in the region, he has made pointed contributions to the wider discourse on preservation and archival practice.
Zaatari has also produced more than 40 videos, a dozen books, and countless installations of photographic material, all pursuing a range of interconnected themes, subjects, and practices related to excavation, political resistance, the lives of former militants, the legacy of an exhausted left, intimacies among men, and the play of tenses inherent to various letters that have been lost, found, buried, discovered, or otherwise delayed in reaching their destinations. »
- Kaelen Wilson-Goldie Kaelen Wilson-Goldie is a writer who lives and works in Beirut.

Synopsis of some works


Letter to a Refusing Pilot
In the summer of 1982, a rumor made the rounds of a small city in South Lebanon, which was under Israeli occupation at the time. It was said that a fighter pilor in the Israeli air force had been ordered to bomb a target on the outskirts of Saida, but knowing the building was a school, he refused to destroy it. Instead of carrying out his commanders’ orders, the pilot veered off course and dropped his bombs in the sea.
As a boy, Akram Zaatari grew up hearing elaborate versions of this story, for his father had been the director of the school for twenty years. Decades later, Zaatari discovered that the story wasn’t a rumor. The pilot was real.
Born and raised on a kibbutz, Hagai Tamir had never set foot in South Lebanon, but like Zaatari he had studies architecture, and he knew a schoolhouse (or hospital) when he saw one. His refusal to bomb the building had remained a secret, known only among small circles, for twenty years, untill the day came when he found it usefull to speak. That was ten years ago in Israel. Now, aross a border still defined by a state of war, Zaatari has picked u the other side of an impossible correspondence.
Letter to a Refusing Pilot reflects on the many complexities, ambiguities and consequences of refusal as a decisive and generative act. Taking as its title a nod to Albert Camus’ four-part epistolary essay « Letters to a German Friend », the work not only extends Zaatari’s interest in excavated narratives and the circulation of images in times of war, it also raises crucial questions about national representation and perpetual crisis by reviving Camus’ plea : « I should like to be able to love my country and still love justice. »

This Day
Shot as a meditative essay in Lebanon, Syria, and Jordan, this eclectic work uses transportation, video, and photography to study the circulation of images in a historically charged and presently war-torn/divided Middle East. The work focuses on the recording of one’s intimate space – images of camels and bedouins in the desert next to oher images of Israeli Arab wars on television and on the Internet. It looks at the mental geographies in relation to actual geographies, and pays tribute to an unformatted and open-ended documentary tradition.


« This Day, the film in which I decided to use those images and recordings to talk about what triggers someone to record banalities around him » 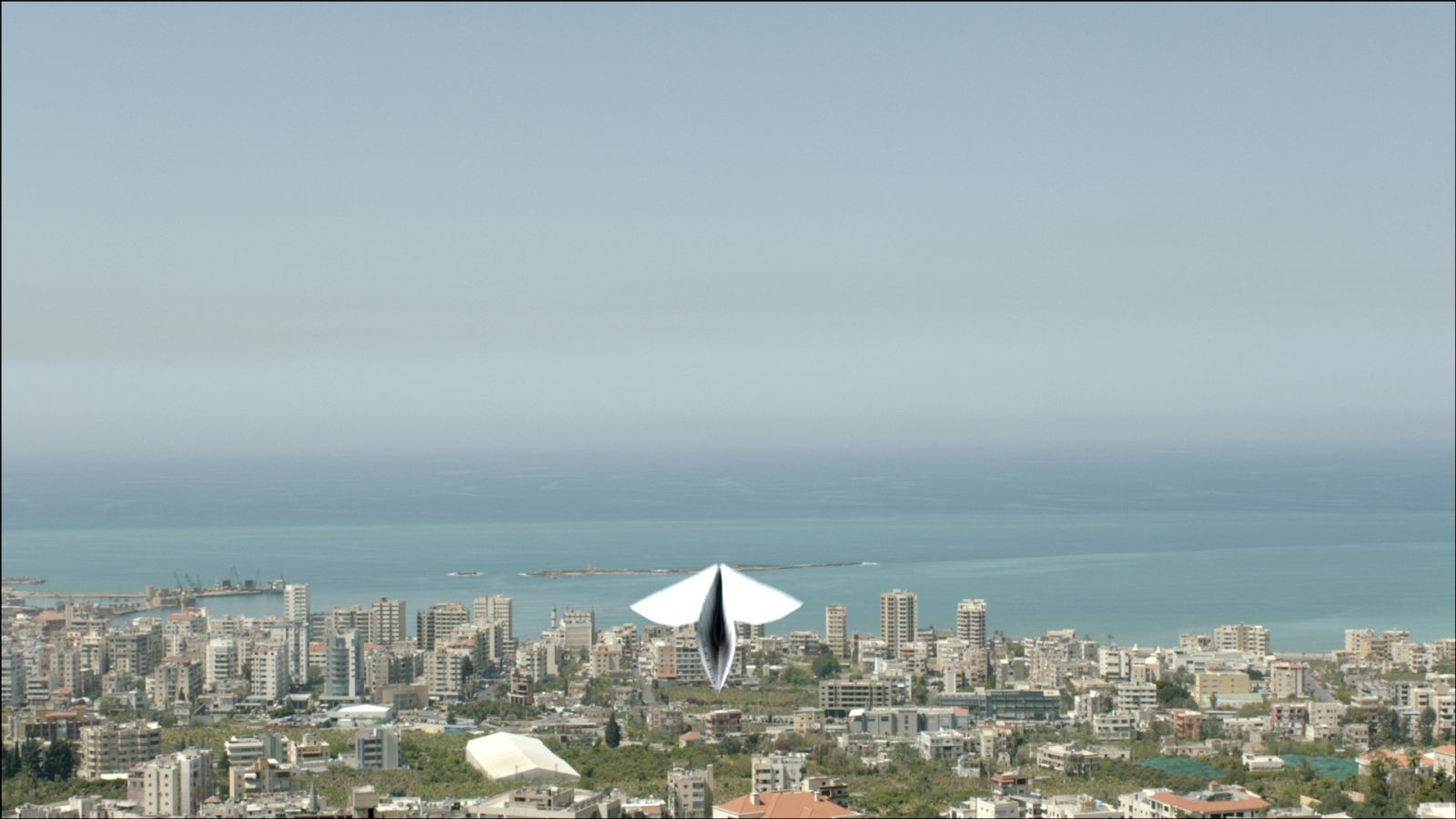 
In This House
A journalist and former resistance fighter (Ali Hashisho) tells the story of a letter he buried in a garden behind an occupied house in South Lebanon years ago. The filmmaker endeavors to find it, but in doing so he provokes the ire and anxiety of the house’s residents, neighbors, and nearby intelligence officials. Yet the search yields joyfully unexpected results.