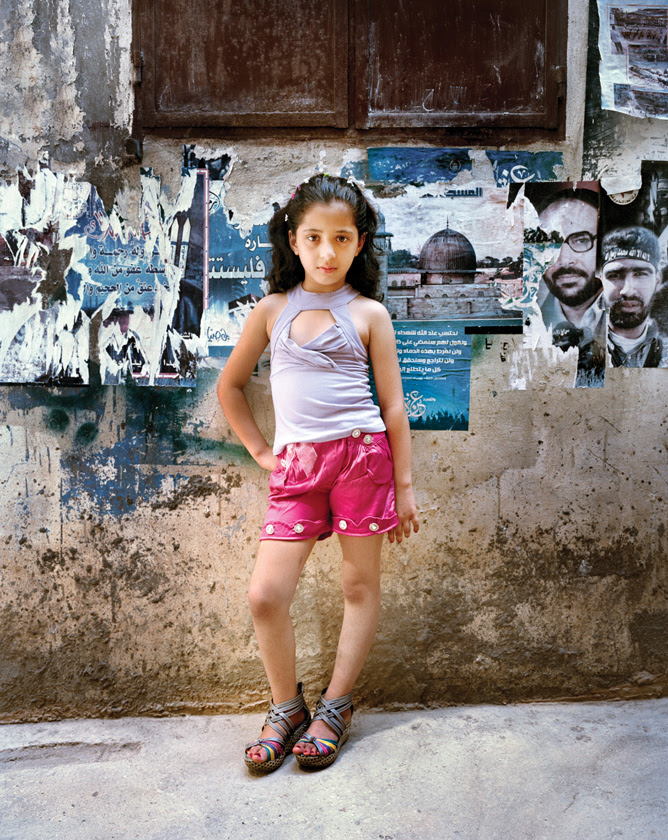 The focus of this distinguished body of work is on women and children in the Middle East, contrasting the image of the region in the media (bombings, terrorism, kidnappings) with the fact that the large majority of the inhabitants are ordinary people going on with their everyday lives.

The artist, Lebanese-American Rania Matar, explores the universality and diversity of being human, of being a mother, a child or a young woman without regard to social back ground, religion, or nationality, in a region torn by strife. She portrays her subjects as the individuals they are - infused with a beautiful spirit, focused on the everyday and determined to live their ordinary lives in a region which is anything but ordinary.

"I was in the unique position of being simultaneously an insider and an outsider to the Middle East: an insider who spoke the language and understood the culture and the people, but also an outsider who has been living in the West for many years and who can see it all with fresh unbiased eyes. What I saw was very different from what was being shown and broadcast. I saw beauty, hospitality, warmth, resilience, dignity, and a strong desire to keep going despite everything.

I was humbled by the women who brought safety and stability to their homes and their children, and who just kept going everyday with the simple tasks of their daily lives. I was fascinated by the ordinary and the mundane within the extra-ordinary," says Rania Matar. The images selected for this exhibition are from multiple bodies of work of the artist.
Summer is a season full of blooming flamboyant, a season when cotton trees release their flowers as an array of red lanterns, a silky grass-land together with a bright sun and dancing kites.
.

Rania Matar was born and raised in Lebanon and moved to the U.S. in 1984.

Originally trained as an architect at the American University of Beirut and Cornell University, she studied photography at the New England School of Photography and the Maine Photographic Workshops in Mexico.

She teaches photography at the Massachusetts College of Art and Design and in refugee camps in Lebanon. Matar has won numerous awards, including the 2011 Legacy Award at the Griffin Museum of Photography, 2007 and 2011 Massachusetts Cultural Council artist fellowship, first place at the New England Photographer Biennial, Women in Photography International, and the Prix de la Photographie Paris.

She has accumulated honorable mentions at the 2010 UNICEF Picture of the Year Award, the 2010 Lens Culture Exposure International, the Silver Eye Center for Photography Fellowship, CENTER and the Photo Review.

She was selected at one of the Top 100 Distinguished Women Photographers by Women in Photography, and was finalist for the distinguished Foster Award at the Institute of Contemporary Art, Boston.

Her images are in the permanent collections of several museums worldwide.

A Girl and Her Room, chosen as a top fifty winner in Critical Mass, is Matar’s second book published by Umbrage Editions with essays by Anne Tucker and Susan Minot.

Her first book, Ordinary Lives, was published in 2009 by the Quantuck

Lane Press with an essay by Anthony Shadid.