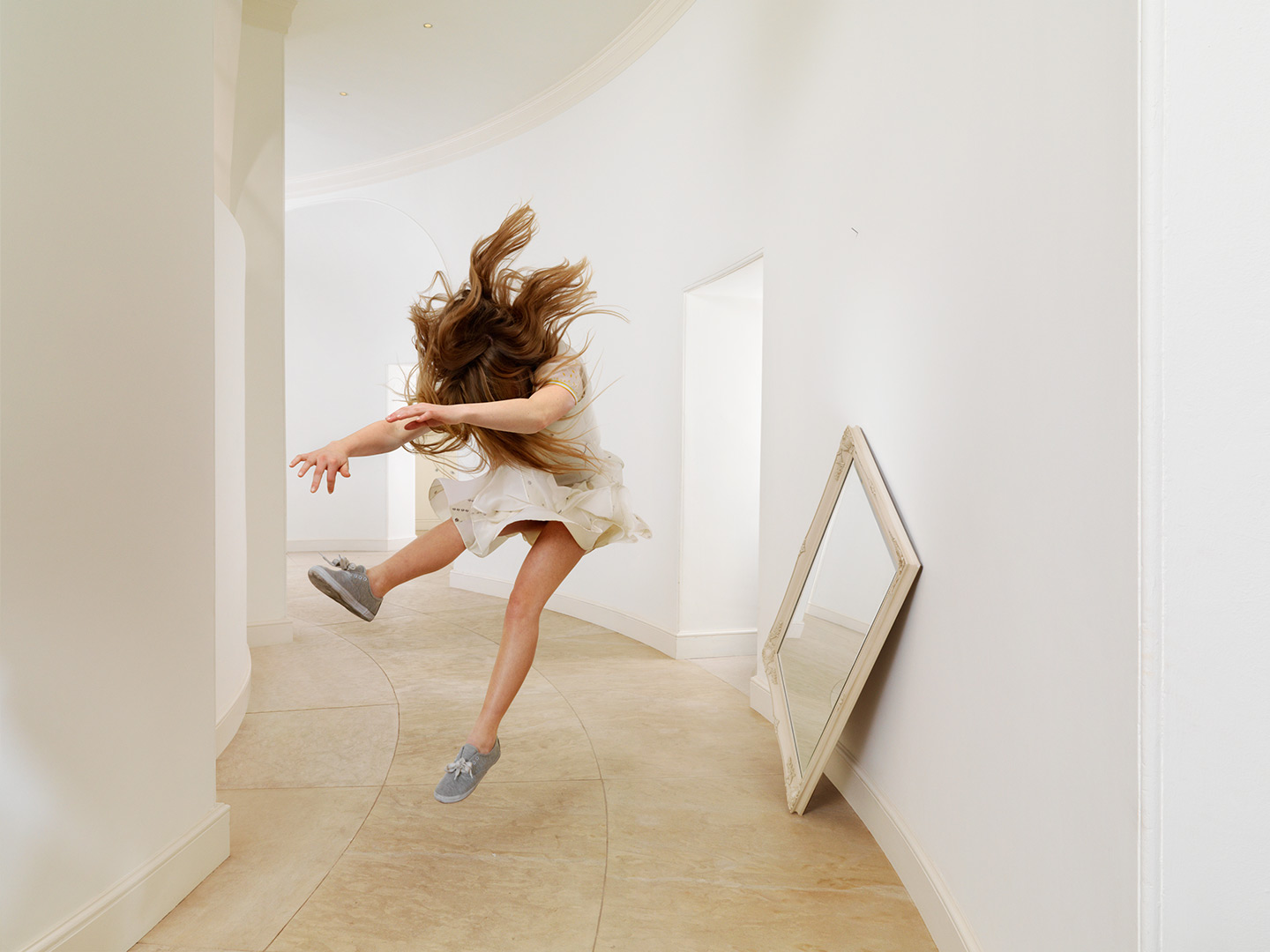 Many will probably recognise themselves in Julia Fullerton-Batten’s well-produced works. Perhaps particularly in one of her most talked-about series, which portrays the relationship between mother and daughter. Or in her breakthrough work, where, from a female perspective, she depicts a teenager’s journey into adulthood, characterised by expectation and apprehension. Fotografiska’s is the first presentation of Julia Fullerton-Batten’s work in Sweden.

Inspired by her father who always carried his camera with him, Julia Fullerton-Batten decided to become a photographer at the age of sixteen. This firmness of purpose has characterised her career ever since. She was brought to the attention of the National Portrait Gallery in London, which commissioned her to produce a series of portraits. Her breakthrough came with the project Teenage Stories, a series where she conveys a teenager’s expectation as well as apprehension faced with adulthood.

While preparing for her series Mothers and Daughters (2012), Julia Fullerton-Batten got in touch with mothers who were enlisted to pose in their home environments together with their daughters. The resulting images capture the complex and constantly changing relationship between mother and daughter.

In her most recent series, Blind (2013), Julia Fullerton-Batten has photographed blind people in environments of their own choosing, in order to make the viewer question his or her ideas of normality.

Julia Fullerton-Batten works as painstakingly and meticulously with coloration and composition as artists who paint. Under the seemingly glossy surface lurks a disquieting, almost ominous calm. There is a clear affinity with paintings of Balthus, Eric Fischl and Edward Hopper, and particularly Hopper’s Urbanscapes with its simple rhythm in the composition and its feeling of stillness and alienation. These are qualities that Fullerton-Batten admires and has used in her images.

Julia Fullerton-Batten often sets out from a conceptual idea. When she has decided on a project, a long process begins:
“The planning phase involves hardening up my ideas on scenes, choices of location, models, clothing, props, etc. The day or days of the shoot also require considerable preparation – selecting my team, hiring additional lights or equipment that may be needed, arranging the logistics of getting my team and the models to the location and for accommodation (if needed). The shoot itself can take just a couple of days,” she explains.

Now Fotografiska shows Julia Fullerton-Batten work for the first time in Scandinavia. It is an imagery that contains a fair measure of empathy, but in a somewhat twisted manner, as she puts it.

Julia Fullerton-Batten was born in 1970 in Bremen, Germany to an English father and a German mother. She grew up in Germany and the United States and moved to England where she trained as a photographer at the Royal Berkshire College of Art and Design. After completing her education, she began working as an assistant, while she developed her own projects and participated successfully in a number of photography competitions. After some years of commercial campaigns, she decided to develop her own artistic practice. Her images have been displayed at the National Portrait Gallery in London, the world’s perhaps most influential photo fair, Paris Photo and the annual Arles Photography Festival. She lives and works in London where she combines artistic projects with advertising commissions.