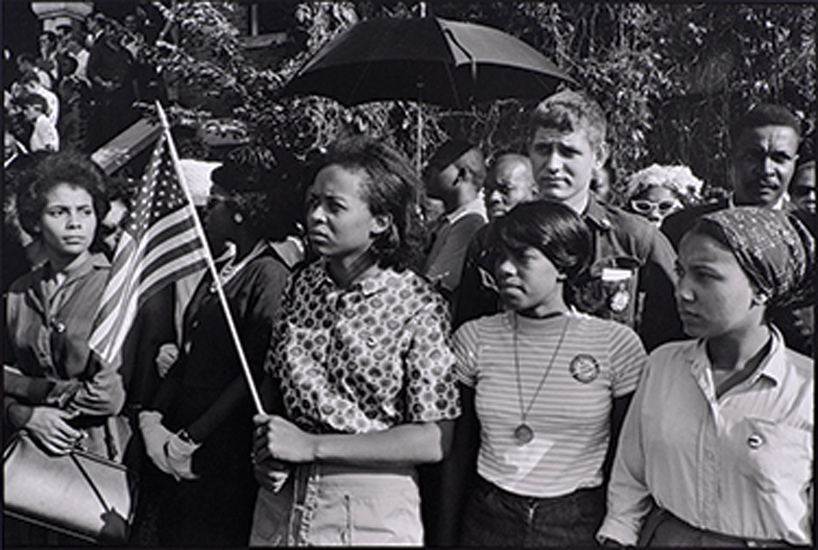 "In 1952, I was home on leave from the Air Force and went to Kresge's in my uniform for lunch. I took a seat at the front of the lunch counter, and the young lady working there had to get permission from her boss to serve me."
– Chester Owens, Historian of Kansas City, KS

This exhibition was created in collaboration with the American Jazz Museum and the Black Archives of Mid- America in Kansas City to celebrate the 50th anniversary of the March on Washington in August 1963 and the signing of the Civil Rights Act in June 1964.

It showcases the work of artists and musicians who were pivotal in the struggle for human equality and racial harmony, and those who remain influenced by the movement today.