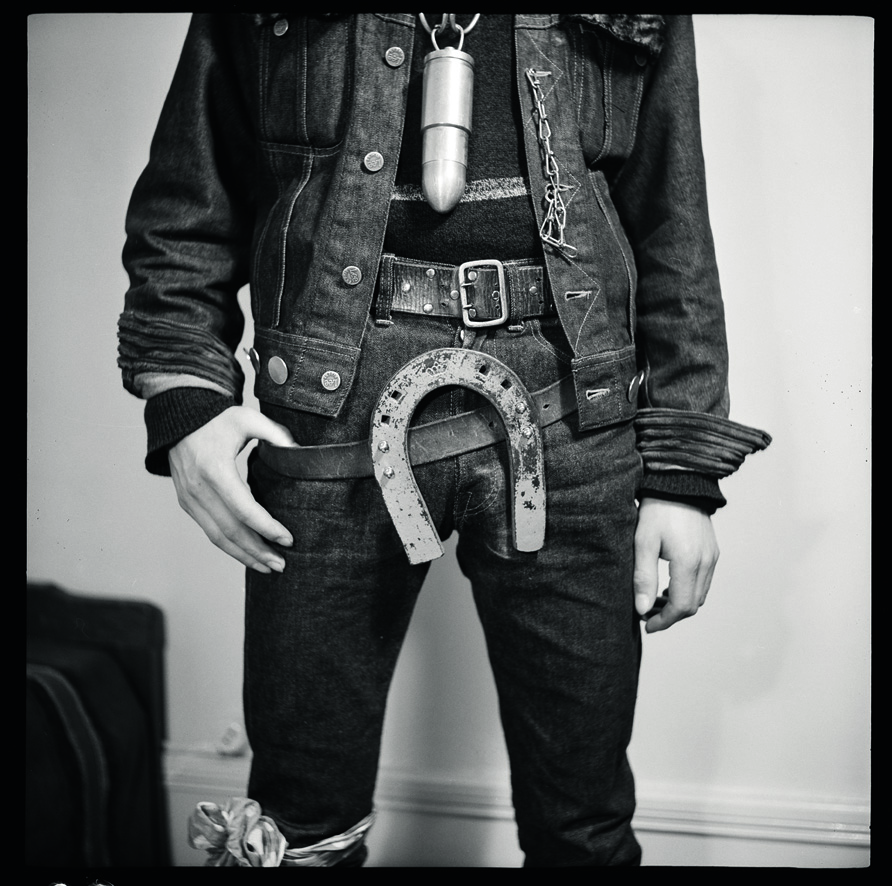 Maccarone is proud to present the gallery's first solo exhibition of the late Swiss photographer, Karlheinz Weinberger (1921-2006.) A largely unrecognized pioneer of vernacular photography, Weinberger's five-decade-long output is celebrated today as a nuanced and obsessive brand of portraiture that offers a unique perspective of pre-Stonewall, postwar youth culture. This exhibition encapsulates vintage prints dating from 1959 through the early 1980's, many unseen by the public until now, offering Weinberger's lifelong subjects in styles ranging from the iconic Halbstarke glam shots, to nudes, to close-ups of faces and one-of-a-kind jacket backs.

Born in Zurich in 1921, Weinberger spent the majority of his adult life working by day in the warehouse department of the Siemens-Albis factory. In his free time, he escaped middle-class monotony by immersing himself in amateur photography. Self-taught and working under the pseudonym of Jim, Weinberger began his artistic career by taking pictures for a gay underground club, Der Kreise (The Circle), which published an international magazine of the same name. Simultaneously, Weinberger met and became fascinated by a band of "rebel" teenagers, whom he began photographing at his home, as well as at the public parks and fairgrounds where they gathered. In post-war Switzerland, they were referred to as the "Halbstarke", (meaning "halfstrong"), working class boys and girls dissatisfied by the conservative climate of the day. Weinberger's obsession with their otherness resulted in the remainder of his "true" life's work, recording and tracking a history of one particular subculture.

Weinberger's interest in this nascent scene and its use of the body led to an enduring study of their rituals and lifestyle. The Halbstarke's gang identity was expressed in their distinctive self-branded DIY clothing of which Weinberger created a visual record: jeans embellished by a crotch of bolts or angled thrusts of pins; embroidered and patched motorcycle jackets; armor like belt buckles referencing and emulating American icons such as Marlon Brando, James Dean and Elvis Presley; thickly-teased hairdos accented by the chunky wool sweaters and draped animal skins surrounding them. These tribal distinctions, forged in bold strokes, signify what was evolving into a universal appreciation for the intricacies of the other, their tales of reclusive honor told via tattoo emblems and jacket crests, harkening the underground of the late 1950's zeitgeist.

As his subjects grew older, some disbanded while others pushed their personas even more toward society's edges, forming the Swiss chapter of the Hell's Angels. The rough, dangerous nature and appearance of the mostly male members of these biker/rocker clubs was so powerfully attractive to Weinberger that he would spend his weekends following them on long rides in the Swiss countryside, documenting their outings in detail. Weinberger continued to take their singular portraits within the banal surroundings of his home. For Weinberger, eroticism was found and subtly implied in the everyday - a unique approach for his time. Whether clothed or nude, he mastered the ability to elicit the suggestive, casual and playful nature of the male form, creating questions about the circumstances leading up to and after the pictures were taken, stripping the outward menace of his subject to reveal an uncharacteristic vulnerability. Weinberger continued to document his reoccurring characters, as the 60's drifted into the 70's and then the 80's, with the process of physical erosion slowly unfolding for his camera's lens. These color portraits depict the scars, tattered hair and worn tattoos of decades spent living and believing a certain outlaw creed.

Considered in a broader anthropological sense, Weinberger's practice can be defined by a labored contemplation of the meaning of ritualistic ceremony not only in relation to society, but as the basis of artistic impulse. His approach prefigures today's proclivity of fetishizing subculture, and moreover appreciates as an authentic artist-subject relationship made whole by a intimate eye of detachment. Although Weinberger's photographs were for him personal vestiges never intended to be artworks, they are an undeniable contributions to the history of portraiture and a telling precursor to the twenty-first century obsession with the power of looking.