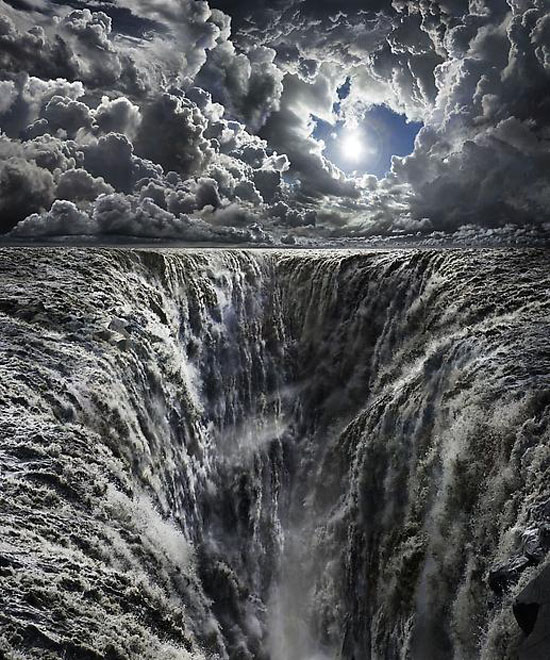 Regarded as one of the pioneers of numeric photography, which he explores the possibilities since 1986 with the revolutionary "Paint Box," imported from Japan, Seb Janiak contributes to a new dimension and proposes a visionary art. Creator of "digital matte painting", this hyper-realist can inlay several photographs in one to obtain homogeneous images, striking of realism.

Drawing inspiration for his work from a variety of sources over the years such as traditional oriental texts (including the Tibetan Book of the Dead and manuals of Chinese medicine) or the history of Western art, Janiak created strikingly powerful ensembles in which human figures were replaced by nature and ideas.

The Kingdom, which he began in 2008, constituted a key stage in this protracted process. These large photographs of turbulent skies, vehicles for the primal energy revealed by the transformation of clouds, reprised the digital editing technique pioneered in his matte paintings. The breath-taking quality of these works was followed by equally striking series in which Janiak depicted the normally invisible forces which shape and alter reality. This constituted both a personal quest and a game for this artist driven by the desire to look beyond surface appearances. The attraction exerted by light invites us to make an inner journey. We often encounter this phenomenon, or miracle, without noticing it, as if deaf or blind, but there exists before our very eyes an invisible realm much vaster then the visible world.

Seb has shown that the impossible can be achieved, he was the first, I believe, to create places, atmospheres and creatures from nothing. As a pioneer, he has laid the foundations of an art often since imitated but this always in poor taste - sinking into futility, or even vanity. Without his soul, such copies can only be sterile"…