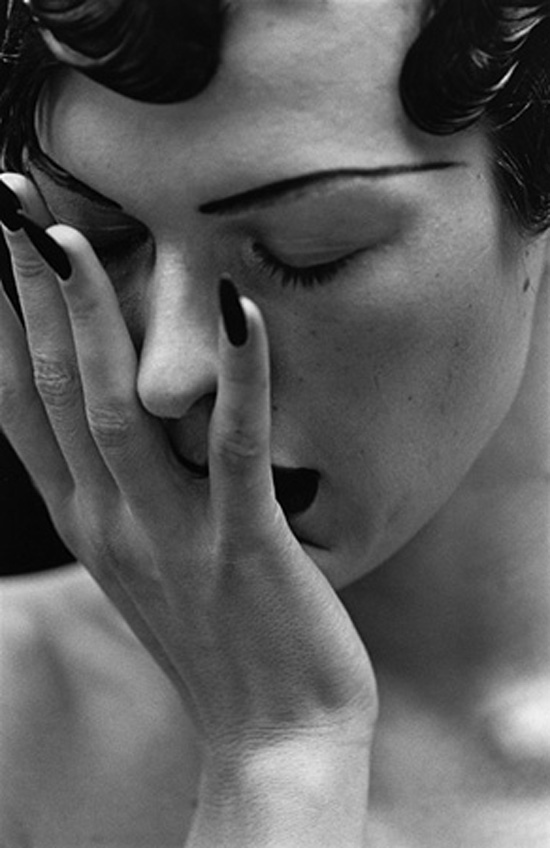 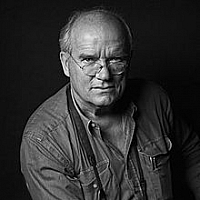 The Fahey/Klein Gallery is pleased to present a selection of photographs from photographer and filmmaker Peter Lindbergh’s expansive and influential career. Lindbergh’s work helped define the contemporary era of fashion and portrait photography. Having captured the most notable figures in the industry—Linda Evangelista, Christy Turlington, Tatjana Patitz, Naomi Campbell, Cindy Crawford, Kate Moss, Amber Valletta, Kristen McMenamy, Gisele Bundchen, and Cara Delevingne— Lindbergh’s indelible photographs go beyond the iconography of the “supermodel”. With a seductively intimate style and approach, Peter Lindbergh’s portraits reveal an inner truth to his subjects.

Inspired by the austere beauty of his childhood in Germany, Lindbergh’s intense and dramatic photographs employ the cinematic language of Fellini and early German filmmakers. Consciously alluding to images from 20th Century photographers Andre Kertesz, Marc Riboud, and Paul Strand, Lindbergh creates multilayered and multifaceted images with nuances of meaning. His deeply saturated black and white photographs resonate a story-within-a-story, intentionally playing with traditional archetypes of women in photography—dancers, actresses, vamps, femme fatales, heroines—to define and redefine the narratives of the women who inhabit his world. Lindbergh’s photographs explore the intermediate spaces that exist between fashion and portrait, portrait and nude, nude and landscape.

Peter Lindbergh is often credited with creating the “birth certificate” of the supermodel with his landmark 1990 cover for British Vogue—establishing a touchstone for the decade. He had a major part in launching the careers of the most recognizable supermodels of the time. Reinventing traditional notions of glamour, femininity, and seduction, Lindbergh’s models are moody, raw, gritty, sulky, uninhibited, and joyful. His women appear undeniably beautiful, yet strong, striking, and handsome— typically with their intense gaze fixed firmly on the viewer. It is evident that collaborating with Peter Lindbergh is a two-way process, as he ultimately approaches them not as models, but as modern women.

“The perception of the modern fashion photographer as someone whose rapid-fire apparatus commits countless thousands of exposures onto film accords exactly with the pattern of a relentless pursuit of an unattainable dream. But Lindbergh’s photographs, in spite of the apparent contradiction, provide some of the most concrete and confident depictions of contemporary women. His models may not necessarily comply with the putative ‘typical’ or ‘average’ women of today, but they nevertheless operate as cyphers for a type of women who has attained a demonstrable degree of freedom and independence. It is an independence they retain in the images; however improbable the fictional setting Lindbergh creates, there is never the impression that his women are merely being manipulated.” (Martin Harrisson, Images of Women Introduction, “Images of Women”, Schirmer/Mosel, 1997)

Peter Lindbergh moved to Paris in 1978, where he started working internationally for Italian, English, French, German,and American Vogue, and later for The New Yorker, Vanity Fair, Allureand Rolling Stone. In 1992, Lindbergh began working for American Harper's Bazaar in New York and photographed the campaigns for Giorgio Armani, Jil Sander, Prada, Donna Karan, Calvin Klein and Comme des Garçons. Recognized for both photography and film, Peter Lindbergh is the recipient of numerous awards including the Chevalier de l’Ordre des Arts et des Lettres (France), Raymond Loewy Design Award (Germany), and the IFTC Best Documentary award at the International Festival of Cinema in Toronto. His work has been exhibited, collected, and published internationally. Most recently, in 2013, his classic Fashion monograph Images of Women was republished by Schirmer/Mosel. Peter Lindbergh lives in Paris, New York, and Arles.