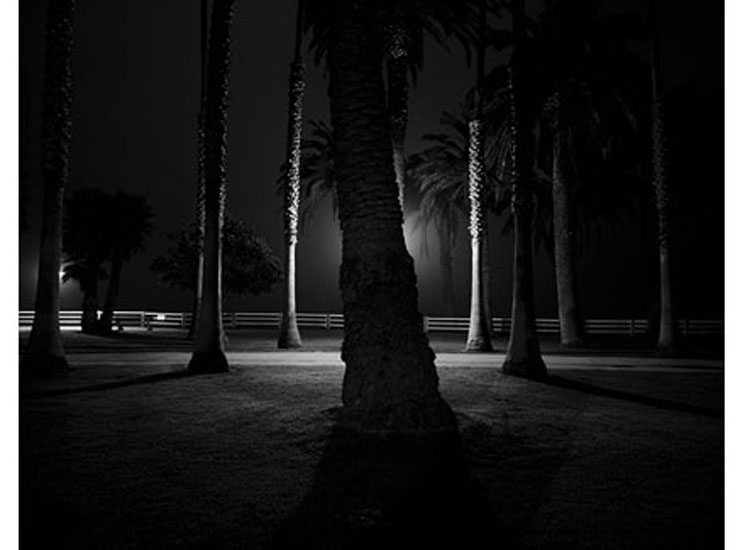 von Sternberg has been active in Southern California photography for several decades. This exhibition highlights samples of his black and white work spannin g from 1962 through the early 2000s . All of the images in this exhibition were captured on traditional film. Some are classic gelatin silver prints.
Others are carbon ink prints that were created by drum scanning negatives into digital files, then print ing them with an ink jet printer retooled with special carbon ink jets to produce an extraordinary range of tonal qualities. Though the photographs cover a range of subjects, together they showcase von Sternberg’s talent for finding and capturing the exqu isite, yet easily overlooked moments of everyday life.
Using humor and wit, von Sternberg’s images ultimately lead his audience to the discovery that in a world saturated with images there is still a reason to look.
von Sternberg states, “Images exist — wa iting to be captured. Subliminally, I’m always looking for them. I encounter them everywhere — on my commute, while attending events and even while traveling.”
von Sternberg started taking photographs in his early years in Hermosa Beach and sold the very first image he took to Surfer Magazine. He has exhibited his work since the late sixties and has pieces in numerous private collections and 45 museum s , including the Museum of Fine Arts in Houston, the Los Angeles County Museum of Art, the Art Institute o f Chicago and the International Museum of Photography at the George Eastman House in Rochester, New York. von Sternberg’s work is currently on view at LACMA as part of the exhibition “See the Light – Photography, Perception, Cognition: The Marjorie and Le onard Vernon Collection.”
In “Hydrographics ” in Gallery II, R. Dean Larson uses digital tools to explore and extend his artistic vision beyond the capture of a frame. Larson, who taught traditional photography and darkroom technique for many years, turn s to the newer tools of digital phot ography and Photoshop to emphasize the distinctive c haracteristics of ocean waves. This exhibition features photographs of subjects both before and after manipulation to demonstrate the differences between the captured image and Larson’s artistic vision . Drawing upon psychology’s concept of Selective Perception, he explains that he manipulates his images of the ocean in order to “isolate[ ] certain Elements of Design, such as Form, Color and Contour, and create[ ] a hybrid image of enhanced and virtual reality...In my Hydrographics series, I have set out to visually illustrate aspects of the ocean’s water.”
Larson taught photography in the Los Angeles Unified School District for over 30 years. His photographs have been exhibited throughout the Southern California area, and his work has been published in numerous outlets . He holds a B.A. and M.A. in p sychology, a subject that influences much of his work