Graham Miller « All that is solid melts into air » at Turner Galleries, Australia 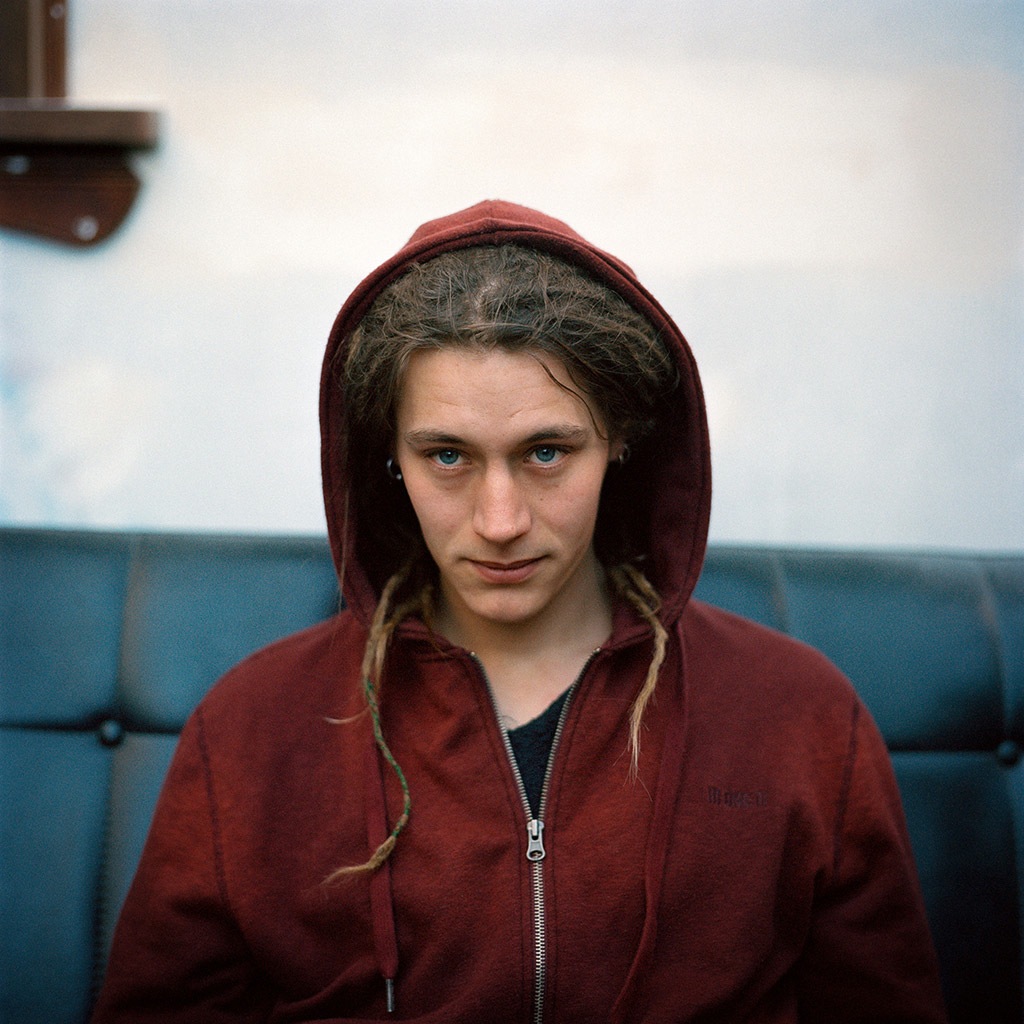 All That is Solid Melts into Air focuses on a community perched on the edge of wilderness. Created in the Blue Mountains around Katoomba, the photographs explore notions of the sublime and are inspired by Northern European Romantic painting, including those by Caspar David Friedrich and Eugene von Guerard. The series endeavours to capture a visual poetics of place and explore the communion of people with the landscape. These images are not a documentary or journalistic account, but an ambiguous blending of impression and fact and an attempt to provide delicate evocations of human presence and hope.

The Blue Mountains are set within a World Heritage listed area. It is a primordial landscape with an unusually diverse range of vegetation and ancient plants. Its plant life vibrates with resilience and hidden secrets. In 1994, the Wollemi Pine was discovered in a steep-sided sandstone gorge near Lithgow having only ever been seen previously as a fossil and thought to have been extinct for 200 million years.

I came to the mountains to photograph clouded skies and fog in the valleys, but the fierce August winds did not allow clouds to settle. Clear blue skies reigned. In my chalet at night, howling gusts threatened to tear off the roof. In the mornings, before light, I would hunker down on a high rock beside my tripod, my back to the wind, and stare out over an ocean of Eucalypts, waiting to photograph the rising sun hitting the trees. Viewed from above, the valley became a trough in the waves of a swelling sea. The wind-chill dropped the temperature below zero, but despite the cold, the landscape felt transcendent. I sensed the fragility and precariousness of human existence against the vast backdrop of sky and trees. In a sceptical and secularized world, the sublime still feels relevant, because it speaks of a shared fallibility and humility when compared with the infinite. 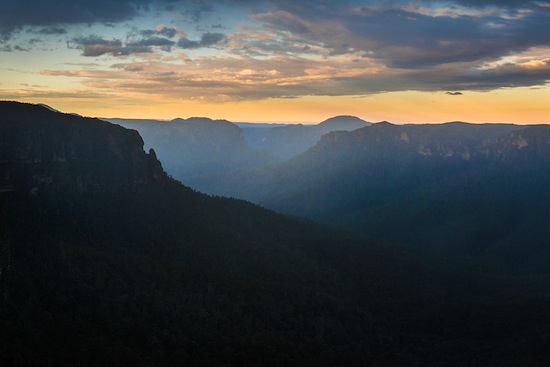 In Katoomba, a town of faded glory, the smokers on the sidewalk outside The Elephant and Bean enjoy the early morning sun as it hits a small collection of tables and cushioned plywood stools. On the cafe window is a photocopy of a missing person, Gary Tweddle, who disappeared mysteriously three weeks ago after being seen running out of the foyer of the Fairmont Resort late at night. A man with a long white beard, a dead-ringer for Gandalf, tells me, "It must be cold. This is only the third time this year Iâ€™ve worn shoes." He asks me if I know about DMSO, an old-school veterinary anti-inflammatory drug used on horses. He imports it, he says, medicinal quality stuff from Europe and drinks it. "It cures everything". I think about Katoomba when it was a health resort in the early 1900's. Those early physicians boasted the mountains were free of contagious disease and the "ozone-laden winds" could cure any anaemia, "nerves" or lassitude. Talking to people at The Bean, it seems the Mountains still attracts people to live here, not for its health benefits, but as a place for escape and refuge.

I return for a few days in January. Gary Tweddle's body has been found in the canopy of a tree near Sublime Point. The driest Autumn on record created perfect conditions for the devastating fires that swept through and razed over two hundred houses on the mountain in October 2013. Charred remains of the bush leave black smudges on my jeans. My experience of fire is a mere fingerprint to those that live here. A burnt landscape, where trees turn to cinder and ash, charcoal and soot, soon sprouts with the soft shoots of Honey Flower. The eyelids of the Old Man Banksia open wide after the intense heat. People continue to live in the mountains, clinging as stubborn as moss to rock. They are not dislodged. Living here means reconciling yourself to nature. The once thick boughs of eucalypts have been whittled by fire. Now they are black brush strokes on canvas. But, from their spindly black arms the once dormant buds sprout a fuzz of green. Growing once more.