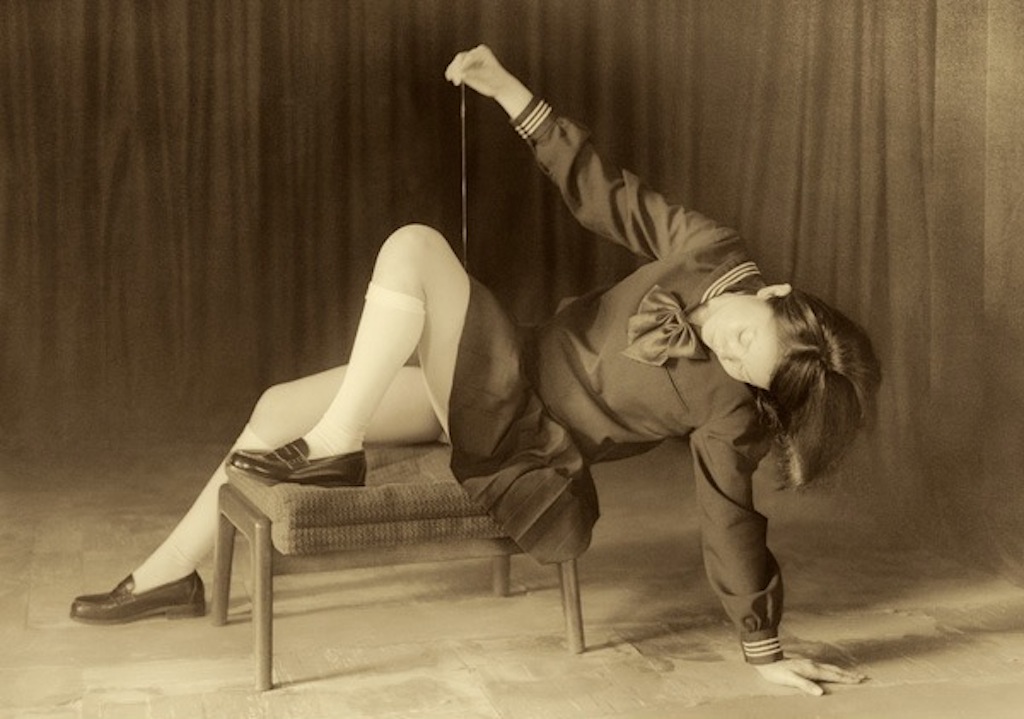 Danziger Gallery is pleased to announce the first New York showing of Hisaji Hara’s acclaimed series “A Photographic Portrayal of the Paintings of Balthus”. Directly following the Metropolitan Museum of Art’s landmark Balthus show, it is fascinating to see the myriad connections between Balthus’s work and Japanese culture as well as the Hara’s extraordinary technical skill.

Using medium format film and meticulous in-camera methods, Hara reinvents the iconic and provocative paintings of Balthus (1908 – 2001) in his own staged tableaux. Appropriating the adolescent subjects and poses featured in Balthus’ canvases Hara pays particular attention to posture and expression. The setting and costuming, however, are uniquely Japanese. Thus the artist culls from the suggestive vocabulary of the originals while playing with the strict architectural formalism and Lolitaesque obsessions that anchor the work in Japanese cultural traditions.

Hara’s technique involves creating multiple exposures in the camera coupled with cinematic lighting. Shot in a derelict building that was formerly a private medical clinic, the photographs have a timeless quality that reinforces the poignant longing and adolescent reverie that his subjects embody.

Hisaji Hara was born in Tokyo in 1964 and graduated from the Musahino Art University in 1986. In 1993 he emigrated to the United States and worked as a director of photography for television and documentary film before returning to Japan in 2001. The work in “After Balthus” was made over a period of five years beginning in 2006.