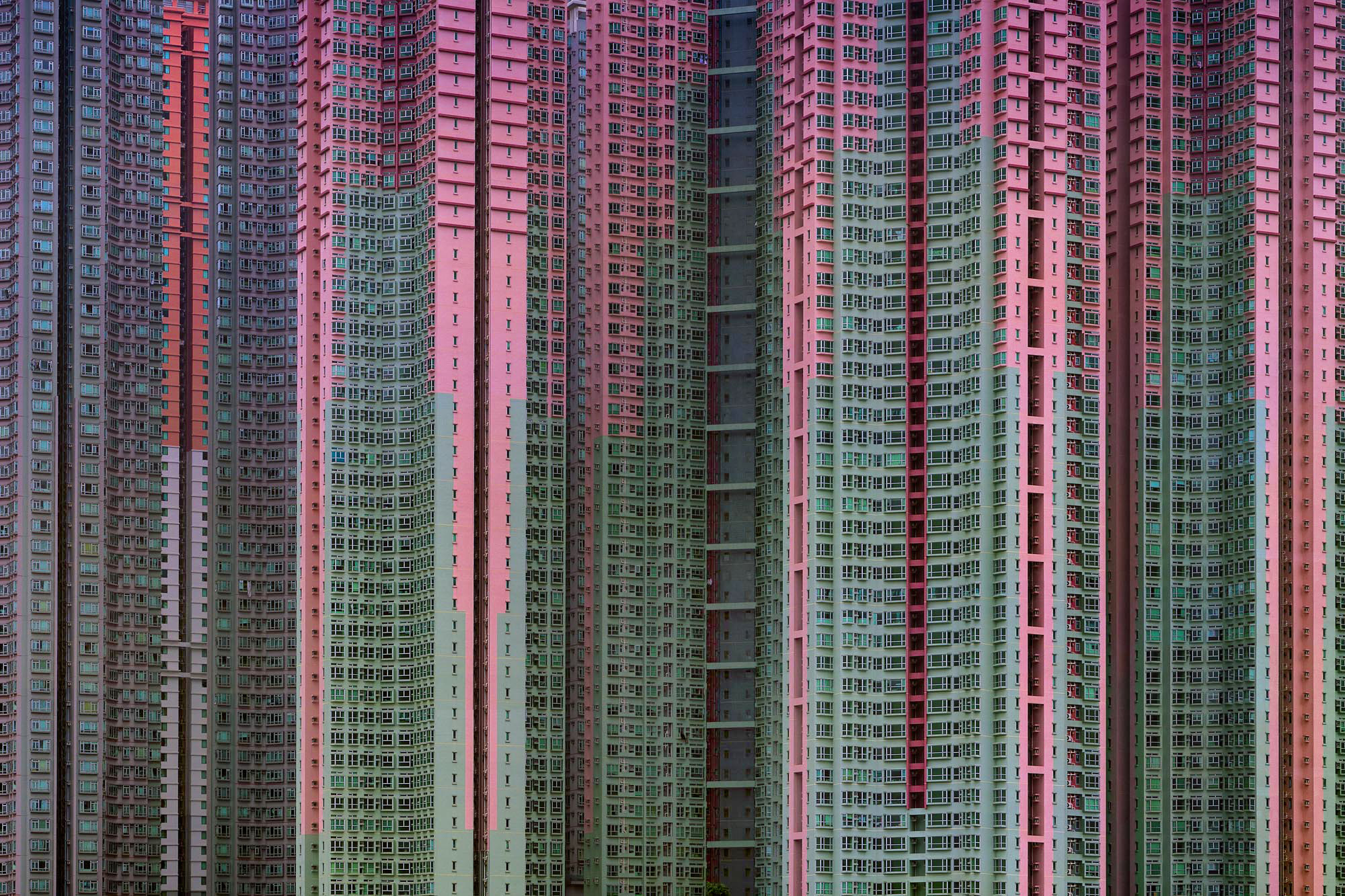 Flowers gallery will be holding an exhibition of iconic works from acclaimed photographer Michael Wolf's series : Architecture of Density. The photographs depict the vibrant city of Hong Kong from an inimitable perspective and have never been presented at this scale before in London.

The large scale works examine the architecture of the city by leaving convention to one side. Wolf focuses on repetition of pattern and form to cause a visual reaction. The result is a sense of rediscovery, as Wolf frees you of the constraints of a typical photograph.

Densely populated and restricted by land mass, the city of Hong Kong has propelled itself upwards to contend with the lack of lateral space. Home to more sky scrapers over 150m than any other city in the world, the air is populated with a forest of high rises. Michael Wolf has been consumed by the social and architectural fabric of Hong Kong since he moved there in 1994 and witnessed its rapid expansion, sustaining an interest in the visual elements of the city and using his photographs to explore its socio-cultural phenomena.

On close inspection we see architecture as a framework upon which its inhabitants hang their personalities; clothes lines, bird feeders, mops and air conditioning units appear to give the feeling of peering into a human petri-dish. Wolf's compositions are laced with evidence of people's ability and need to express their individuality within these formal structures. This human element is further explored in a set of tiny photographs in which Wolf carves out fragments from the city streets : from workers's gloves drying on a spiral of barbed wire to the chaotic labyrinths formed by plumbing and ventilation pipes. By focusing on these seemingly insignificant details, Wolf captures the beauty of the vernacular by shedding light on the seams of the city; the zones where the lack of private space forces the city's inhabitants to reclaim public space to fit their basic needs.