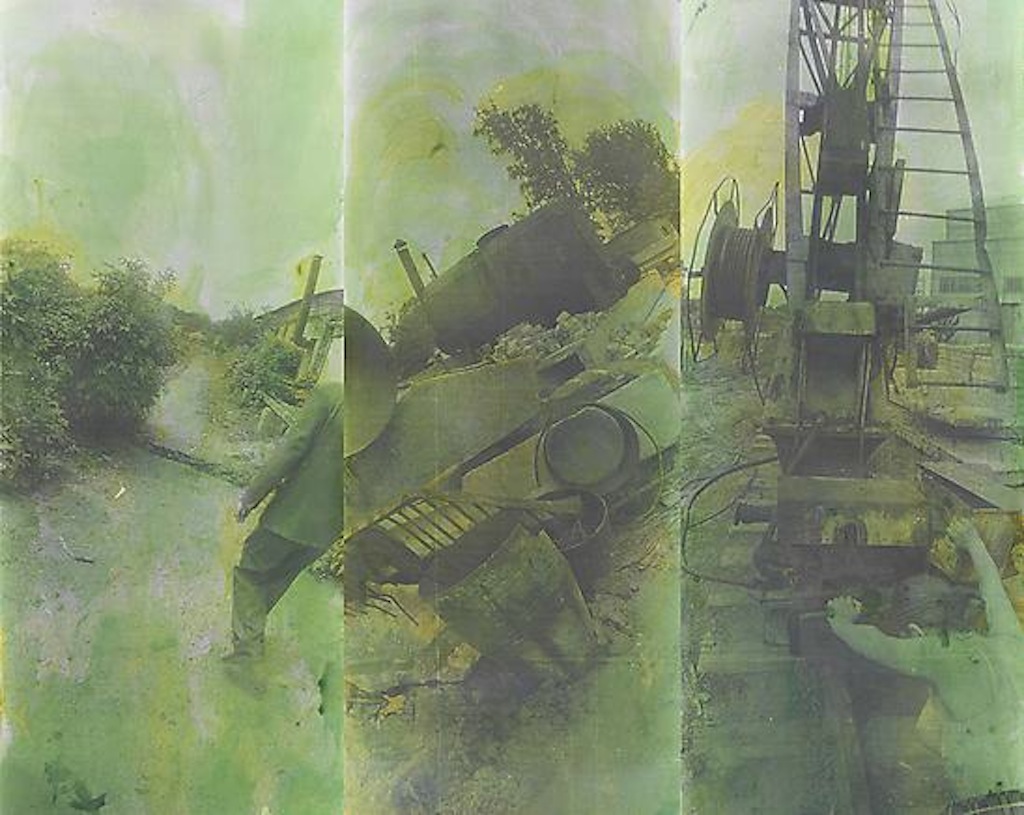 I am interested in people and the things they do; and I feel I am part of a wider social process. -- Boris Mikhailov

New York, NY…Dominique Lévy is pleased to announce the second exhibition at her gallery’s new home at 909 Madison Avenue. Opening to the public on November 23, 2013, Boris Mikhailov: Four Decades will explore the full career of one of the leading photographers from the former Soviet Union. For over 30 years, Ukranian-born Mikhailov has investigated the fate of the individual within the framework of history, making life-size color photographs that reveal the ever-widening gulf between public ideology and private existence in post-communist Eastern Europe. Deeply rooted in the tradition of social study and commentary, Mikhailov’s work locates its power in deep engagement with its subjects. His works are portraits that draw the viewer into a world of humor, lust, vulnerability, survival, aging, and death -- a realm that is foreign and specific, but somehow disturbingly close.
Boris Mikhailov: Four Decades will remain on view through February 8th. The exhibition was organized in collaboration with the artist.
Born in 1938 and raised in Kharkov, Ukraine, Boris Mikhailov has been a tireless observer and documentarian of the social, economic, ideological, and institutional changes experienced by his country since the end of World War II. The exhibition at Dominique Lévy will span four decades of his career and consist of selections from Mikhailov’s most celebrated bodies of work. Among those will be the complete At Dusk and Crimean Snobbism series; two large-scale unique works from the Green series, both presented for the first time in the United States; and a key work from Yesterday’s Sandwich or Red series, which Mikhailov also calls Superimpositions. The presentation thus offers a cross section of Mikhailov’s photography, demonstrating the broad spectrum of his artistic output for the first time in the United States.

From At Dusk series © Boris Mikhailov

As part of the Soviet Union and, subsequently, as an independent nation in the aftermath of the 1991 abolition of state centralization, Ukraine has experienced a social and economic decline of unprecedented scale. Mikhailov’s oeuvre is, in part, a record of that dissolution, a visual novel through which it swirls as a central character.
In chronological terms, the exhibition at Dominique Lévy begins with Yesterday’s Sandwich or Red series, produced in the Soviet years between 1968 and 1975. In this body of work, Mikhailov pays homage to the color red, the official color of the Soviet Union as perceived by the West through the media. As the color featured on flags, badges, and banners of the October Revolution, red appears extensively in state-sanctioned photography of the period. Mikhailov playfully subverts the color’s established symbolic function in photographs featuring red-colored everyday objects found in mundane environments where people appear indifferent or even oblivious.

Some of Mikhailov’s Red sitters are found in various states of private contemplation or erotic pleasure. Though the works in this series resemble the double-exposure photographs popular during the 1920s, they were in fact created by the superimposed projections of two slides in a technique developed by Mikhailov. Through this approach, a new image is generated via the combination of two unrelated or even opposing motifs, resulting in an effect that encourages closer examination of the collisions and interactions of the photograph’s constituent parts. Unlike the montages of the Russian Constructivists, Mikhailov’s pictures deconstruct and dissolve stable and prescribed meanings, and propose open-ended interpretation.
The Crimean Snobbism series was shot in 1981 at Gursuf on the Crimean Peninsula, an idyllic setting with a spa that has served as a meeting place for Russian intellectuals since the 19th century. For this body of work, Mikhailov directed himself and his friends as a group of relaxed tourists enjoying the beach. In what appear at first glance to be pictures from a holiday album, Mikhailov serves up his critique of the prevailing conditions: Such a carefree and leisurely lifestyle was pure fiction for Soviet citizens at the time this series was made. The complete series of 55 photographs will be on view at  Dominique Lévy.

Following the collapse of the Soviet Union in 1991, Mikhailov began a three-part requiem for the prevailing social order: By the Ground, At Dusk, and Case History took the artist on a quest through the streets of his home town of Kharkov. The scenes he witnessed in public places reminded him of Maxim Gorky’s play The Lower Depths (1901-1902), which depiction of the acute poverty of Russia before the Revolution of 1917. Whereas Gorky focused on a single Russian slum, Mikhailov captured his entire town in photographs of social outcasts within the urban milieu of Kharkov. In this series, the artist’s chosen tones of sepia and blue evoke a bygone time, not only bringing the era of Gorky’s theater piece back to life, but also referencing the technical and artistic history of the medium of photography. Mikhailov shot the By the Ground photographs with his camera held at hip height, forcing the bodily posture and the gaze of the viewer downward. In such proximity to the ground, the images and their observer get closer to the actual experience of the destitute figures who sit or lay in the street.
Shot in 1993, Mikhailov’s series At Dusk (1993) is associated with the state of war. “The color blue is for me the color of the blockade, of hunger and war,” he has said. Here, the tone used for the photographs serves as a screen through which viewers can contemplate the historical immediacy of the situations depicted as well as the contrast between the utopian Soviet vision and its dystopian aftermath. The At Dusk pictures exert an almost apocalyptic force, throwing into question our conceptions of civil society, community, and government, and thereby inviting us to reconsider the different forms in which these concepts have been instituted, in contexts both familiar and unfamiliar. The complete series comprises 90 photographs. Both small- and large-scale versions will be on view at Dominique Lévy.

These two panoramic and scenic post-Soviet series, with their sepia and blue colorations are the precursors to Case History (1999), Mikhailov’s third body of work in the requiem. Exhibited at The Museum of Modern Art, New York, in 2011, Case History is comprised of vertical real-color portraits of the ‘bomzhes,’ the homeless people of Kharkov. Mikhailov explains that he is compelled to photograph the streets and their denizens because of the way they embody historical stages: “The streets reflect social processes like a mirror,” he has written. “They were the place for ‘amazing’ encounters (Khrushchev era) and places for ‘state education’ or murky space where nothing was allowed to happen (Brezhnev era), and also places filled with the debris of the masses who do not understand where they are and what they are doing (today).” The artist’s choice of the panoramic camera as well as altered perspectives is parallel to the instability and insecurity invoked by the content of the photographs.