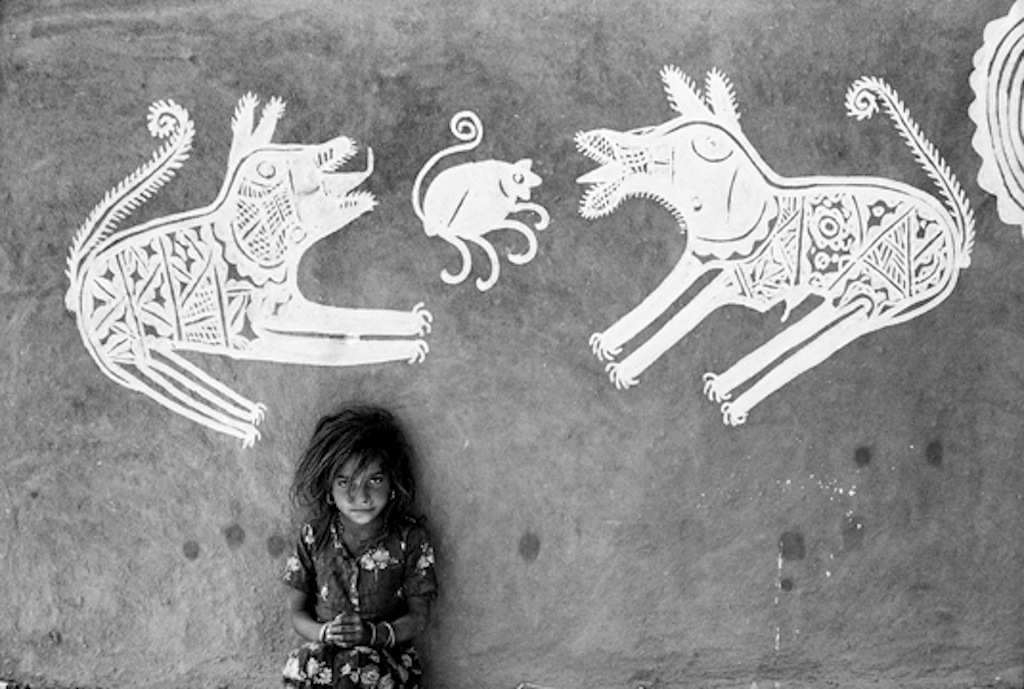 Tasveer is delighted to announce its first exhibition of photographs by the artist Jyoti Bhatt. Bhatt began documenting the folk and tribal culture of rural India in the summer of 1967. Bharatiya Vidya Bhavan had organised a seminar in Bombay on the folk arts of Gujarat and invited Bhatt to participate. This allowed him to travel widely, visiting villages and tribal regions. He photographed folk arts and craft traditions in their original environments, along with the people who inhabited these spaces. Bhatt’s journey across rural India had a profound effect on him as an artist and it extended into this major, but relatively unexplored, body of photographic work.

Over the following forty years and working largely alongside Raghav Kaneria, Bhatt explored the depths of Gujarat, Rajasthan, Haryana, Madhya Pradesh, Orissa, West Bengal and Bihar, where the photographs in this exhibition were made. He developed a deep admiration for the skills and aesthetic judgements of these rural communities, but he soon became acutely aware of the changes they were experiencing at a psychological and material level. Clothes, homes and occupations were undergoing metamorphosis, along with their attendant values and norms. Bhatt saw a stigmatisation of the old, and a bizarre reverence for the new; the word ‘nylon’ became so synonymous with quality that a potter would describe his best pot as ‘nylon’. 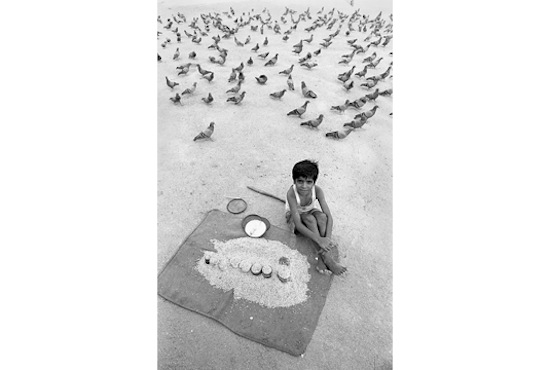 Bhatt acknowledges the inevitability of change, but it was the terrifying speed of these changes that alarmed him. Although he does not believe in forcibly keeping traditions alive, he was determined to document what he could for posterity and preserve in some way, the dying traditions and changing ways of life. These photographs are therefore all the more valuable today, as India continues to rapidly transform. A sense of urgency and fear of cultural amnesia propelled Bhatt’s work. He had only brought his first camera in 1966, but this tool quickly replaced his sketchbook. Not only could he document faster, but he could also achieve a higher degree of objective fidelity. The photographs are a powerful example of the importance of the camera as a means of documentation, but their evident artistry and creativity demonstrate it as a means of self-expression for Bhatt as well; he wanted to use the camera as an artistic tool that mediated between what is seen and his imagination. Conversely, it is perhaps the medium of photography, so often marginalised as an art form in India (like folk art and traditional crafts), that has caused this body of work to be overlooked in the context of Bhatt’s oeuvre.

Bhatt avoids the prevalent tendencies to objectify and sentimentalise when photographing rural India. He feels little need for capturing the subject off-guard or unaware; the subjects are fully conscious of the photographer and often stare straight down the camera’s lens.