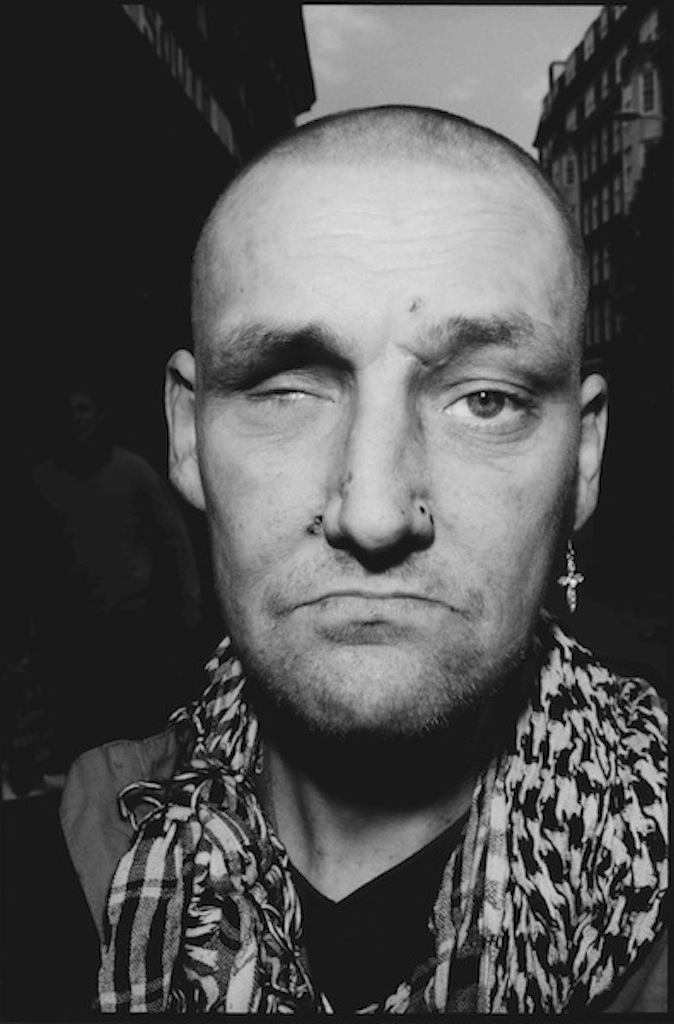 Higher Pictures presents new photographs by Bruce Gilden from his latest book, A Complete Examination of Middlesex, a commission he realized in London in 2011 - 2013. Gilden is known for his confrontational and unique approach of street photography, and his powerful images have been dividing opinions since the beginning of his career. For the first time the artist requested permission from his subjects to take a close -up portrait of their faces on the streets of London.

In Gilden’s own words: « What I’m searching for when I walk the street are people I can engage with: somebody whose face, and particularly eyes, scream a story.»

For this exhibition Gilden made three larger than life portraits, each is a silver gelatin print, 66 x 48 inches.

In 2013, Bruce Gilden was the recipient of a John Simon Guggenheim Memorial Foundation fellowship, and has published Foreclosures, and A Complete Examination of Middlesex.
Some of his previous publications include Facing New York (1992), Haiti (1999), Go (2000), Coney Island (2002) and A Beautiful Catastrophe (2005). 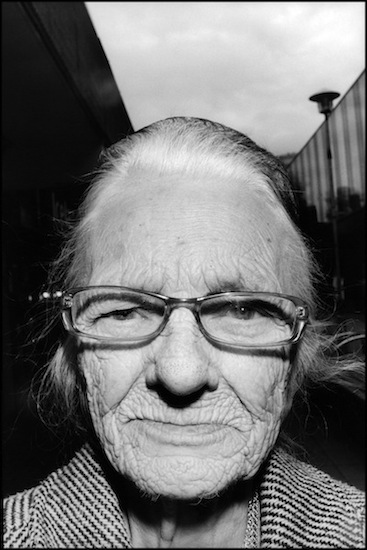 Born in 1946 in Brooklyn, New York, Bruce Gilden studied sociology at Penn State University. He bought his first camera in 1968, and started his first
two major essays photographing Mardi Gras in New Orleans and the beach in Coney Island. From photographing the street of New York City and of the major cities in the world, Gilden has worked on personal essays in England, Haiti, Ireland, India, Japan, Russia and Australia. Over the past four years, Gilden has directed his lens on America realizing a documentation of
foreclosures, and participating to three segments of the collective project Postcards in America where he has been photographing in color.