« Let's enter a new world. A retrospective of photography by Vitas Luckus » at National Art Gallery of Vilnius 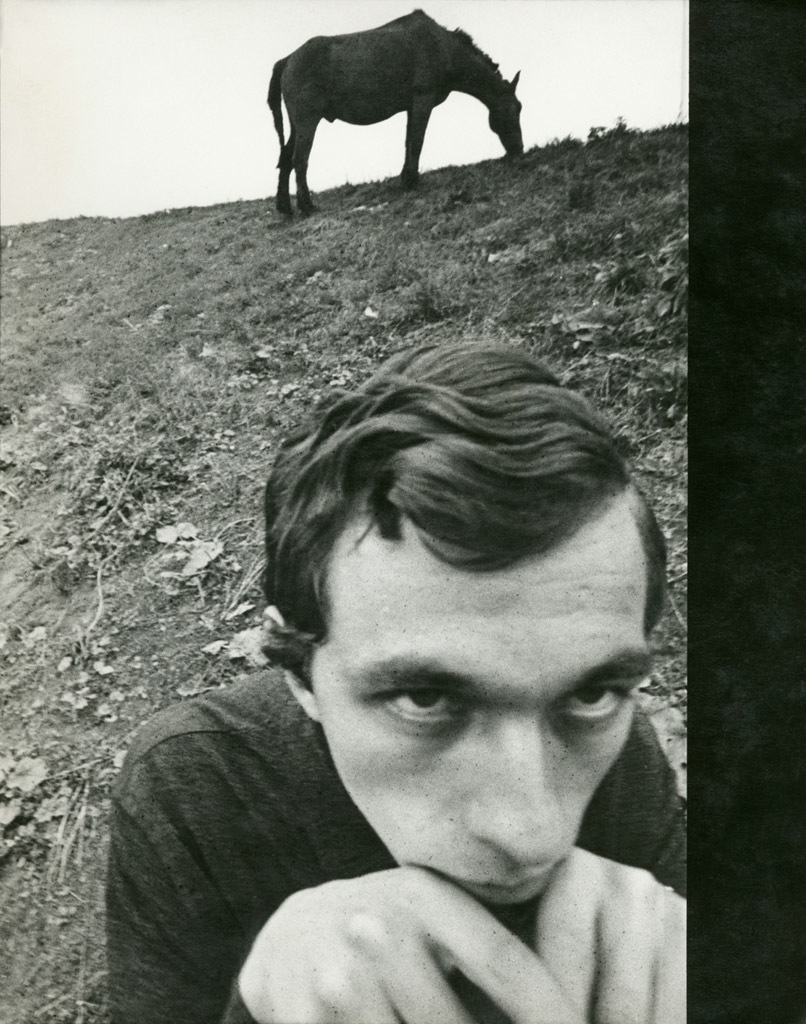 Vitas Luckus (1943–1987) is one of the most important Lithuanian art photographers of the second half of the 20th century. In his work, he bridged the gap between tradition and the avant-garde, between modernism and postmodernism. Along with Antanas Sutkus, Aleksandras Macijauskas, Romualdas Rakauskas, Algimantas Kunčius and other like-minded art photographers, Luckus founded the basis for the Lithuanian school of photography. With his unusual form of expression, he greatly expanded the boundaries of the prevailing aesthetics in photography. He sensed the exhaustion of photography as a traditional expressive form, and attempted to reanimate it in his documentary work, surreal montage series, and conceptual book projects. But everything through which he revealed his free mind, and everything he thought about, was ‘human, all too human’. Luckus eschewed compromise and obligation, he fostered no illusions, and did not encourage idealisation. He did not seek justice, and disliked uncertainty. He declared war on himself, and a truce with others. And he took life by the horns, and drew it so close to him that he heard its deep and rapid breathing, to which he managed to respond with repressed rage and mad love: it is precisely this concentrated state that fills all of his work.

On one hand, he presented himself as a new documentary photographer, who opposed both the prevailing notion of visual form and the metaphorical visualisation of supposed social welfare. Coming close to amateurish carelessness, he snatched apparently meaningless impulses from the expressive and dynamic times, which turned out to be of paradoxical importance. Such photographs-events are not alone. They sting, jab, cut, wound, remind, and do not allow us to forget. However, the composition of Luckus’ images, or details of them, which attract so much and engage with them, are not, or are not necessarily, intentional. A spontaneous action of mind, eye and arm combined, creates a photograph where meeting, communicating and interrelation become possible. Seemingly detached impressions are linked by stories, incoherent and interrupted, but based on a philosophical, social, anthropological, and even intimate background. Some of the photographer’s stories were created overnight, during short visits to Bashkiria, Georgia, Azerbaijan or the Altai region, and he worked on photography series, such as ‘Relatives’, ‘Impressions’ and ‘Colleagues’, throughout his life, adding new observations and changing moods. However, his work reflects a photographer’s approach, and not only the glance of the traveller or the passer-by: images of social reality are revealed humanely, although they bear quite a few signs of irony and criticism.

On the other hand, he was the first person in Lithuanian photography to employ conceptual strategies and convey his way of seeing the world through more complex visual structures. At the height of the Soviet era, Luckus, who was branded as a rebel, declared a complex world-view, and employed unusual artistic techniques that were innovative for the times. An ideological affinity with Modris Tenisons’ mime troupe produced a phenomenal synthesis of pantomime and photography, a distinctive model of freedom that transcended the traditional canons of art. The ‘Pantomime sketches’, started in 1968, grew into the ‘Improvising Pantomime’ series. Through montage and colour manipulation, Luckus arranged abstract compositions which he thought ‘killed cosiness and updated information’. He was erasing the traces of his earlier work, replacing one semantic code with another, producing an image of even greater concentration. A magic metamorphosis, his intense thought negated its earlier experience, craving new solutions and intellectual and emotional maturity, which is never final while the artist is alive. Inspired by pantomime-related questions, Luckus continued the most complex survey of human spiritual life in his first albums entitled ‘Mimes’. He reached the climax of his conceptual expression in the album ‘A take on vintage photography’. To overcome the inertia of thinking, the artist unrips images of the past, and impartially investigates what he cares about most: the confrontation between a human and the camera lens. He also showed his originality in the field of applied photography: he was one of the first to work in fashion and advertising photography in Lithuania. To see differently or different things is a style, it is every artist’s aspiration. It is memorable and recognisable.

In this exhibition, Vitas Luckus’ art projects are presented in five sections: ‘To Keep Vigil. Between life and death’, ‘Travel. To the edge of the world’, ‘Construct. Other realities’, ‘Perceive. Man en face’, and ‘Think. Mime zone’. The work is accompanied by the author’s thoughts on photography, and personal documents, and video and audio recordings reveal the artist’s personality. As the first retrospective of Vitas Luckus’ photography, the exhibition highlights an exclusive phenomenon in modern Lithuanian culture.