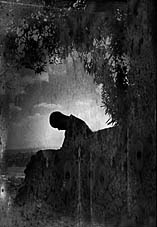 A photo exhibition on fragments that remain, transform and are lost in the memory. Our perception of reality is merely the sum of our experiences. Every day we gain new impressions that nest themselves in our brain. However, our memory is not a film that can be played at will; we arrange, rearrange, preserve, forget and add at random. Our head contains a wild collection of memories - real, fictional or adapted - that are welded together into a new story. Noorderlicht brings together three of these stories in One Man's Land, an exhibition as personal as it is poetic. Three talented photographers display an intriguing edit of the film in their heads - the land into which only they are admitted. One Man's Land consists of: WITHOUT END (photo book sold out): an autobiographical account of Joakim Eneroth's meetings and travels (to Iceland, India and the US a.o.) and of himself. According to Eneroth life is a ongoing stream of impressions that change, affect and form us. In Without End he researches the elements that influenced him - or is it that he creates his surroundings himself with his photography? Without End was made by pinhole camera, a camera without a lens, comparable to the old camera obscura. TRYING TO DANCE (with photo book): a lyrical series of portraits, self-portraits, landscapes and still lives that JH Engström made between 1998 and 2002. In a mix of styles and genres he interweaves portraits with landscapes and nude-portraits of friends with mystical images of interiors, and thus creates a very personal impression of the world surrounding him. The photos were made in his former habitat New York and in his native country Sweden. HOLE IN THE HEAD (photo book to be published in 2006): a fictional story of André Lützen on what is deformed or lost in our memory. Lützen combines personal experiences with memories of places and situations and rearranges them by chronology and rithm. His series is interlarded with fictional events, like our memory is a mixture of fiction and fact. Hole In The Head shows a new, individual reality being brought about. André Lützen will be present at the opening. On the photographers: Joakim Eneroth (Sweden, 1969) won several photography prizes in Sweden since he took up photography in the late nineties. His photo book Without End was recieved with enthousiasm in France and Sweden where the impact of his work is compared to that of photographers like the Swedish master Christer Strömholm. In 2005 his series Testimony and Waiting were part of the Noorderlicht Photofestival Traces & Omens. JH Engström (Sweden, 1969) has worked as an assistent to the photographers Mario Testino en Anders Petersen. His first book Shelter (1997) on homeless woman in Stockholm, was named photo book of the year in Sweden. In 2005 Engström was nominated for the Deutsche Börse Photography Prize and is represented by Gallery Vu. Also visit www.jhengstrom.com André Lützen (Germany, 1963) started his carreer as an assistent to the Magnum photographers Gilles Peress and Eugene Richards. He taught photography in Germany and the United States and produced several video films.