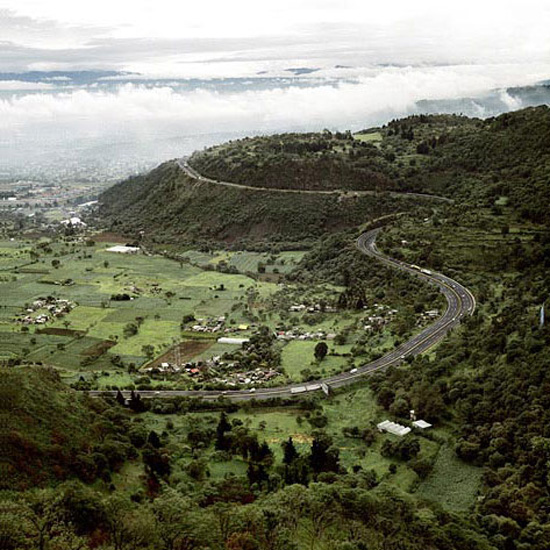 At first glance, many of Pablo Lopez’s 40×40 inch color photographs of Mexico City and its surroundings are near-abstractions of color and form. The images are an attempt to examine the city’s historic landscape as well as reinterpret the relationship that people have to the ever-expanding urban environment. The interplay between man and his surroundings, both natural and developed, serves as a foundation here and in all of Lopez’s current work. By maintaining a distance the photographs of the Terrazo series afford each viewer the chance to see this scene with minimal political context and to discard many preconceived notions concerning this expansive metropolis.

Pablo Lopez was born in Mexico City in 1979 where he still lives. He did his undergraduate work there at the Universidad Iberoamericana before getting his MA at New York University and the International Center of Photography. He has exhibited in Mexico, Argentina, and the United States and has had his photographs published in a number of Mexican magazines. He was awarded the Velazquez grant from the Ayuntamiento Cultural de Madrid Spain in 2005 and received a grant this year from National Fund for Culture and Art in Mexico.