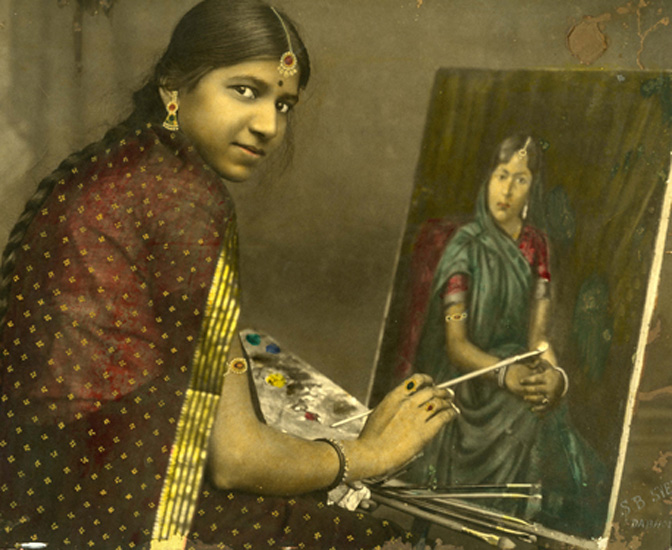 Allegory and Illusion: Early Portrait Photography from South Asia presents approximately 120 photographs and a selection of albums, glass plate negatives, cabinet cards, cartes-de-visites, and postcards illustrating the rich tradition of portrait photography in India, Burma, Sri Lanka, and Nepal from the mid-19th century to early 20th century. The exhibition is organized in collaboration with the Alkazi Foundation for the Arts, New Delhi.

The exhibition explores the democratizing aspect of photography by presenting royal court portraits alongside photographs of the middle class that were often circulated as carte-de-visites, cabinet cards, or postcards.

The photographs in the exhibition are drawn exclusively from the Alkazi Collection of Photography. They reveal an alternate history of 19th-century India that reflects a transition between Mughal culture and British rule, as seen for example in late 19th-century photographs that reference miniature painting aesthetics. The exhibition looks at the form of the painted photograph, popular and idiosyncratic in India and Nepal in the 19th century, for both artistic purposes and as a gesture toward realism.

Visitors are encouraged to take their own portrait photographs in a studio setting in the exhibition with authentic backdrops from the region. They may also use a stereoscopic viewer. The exhibition is accompanied by an interactive website to which visitors are invited to upload their portraits from the exhibition and see groupings of others' photos as well.