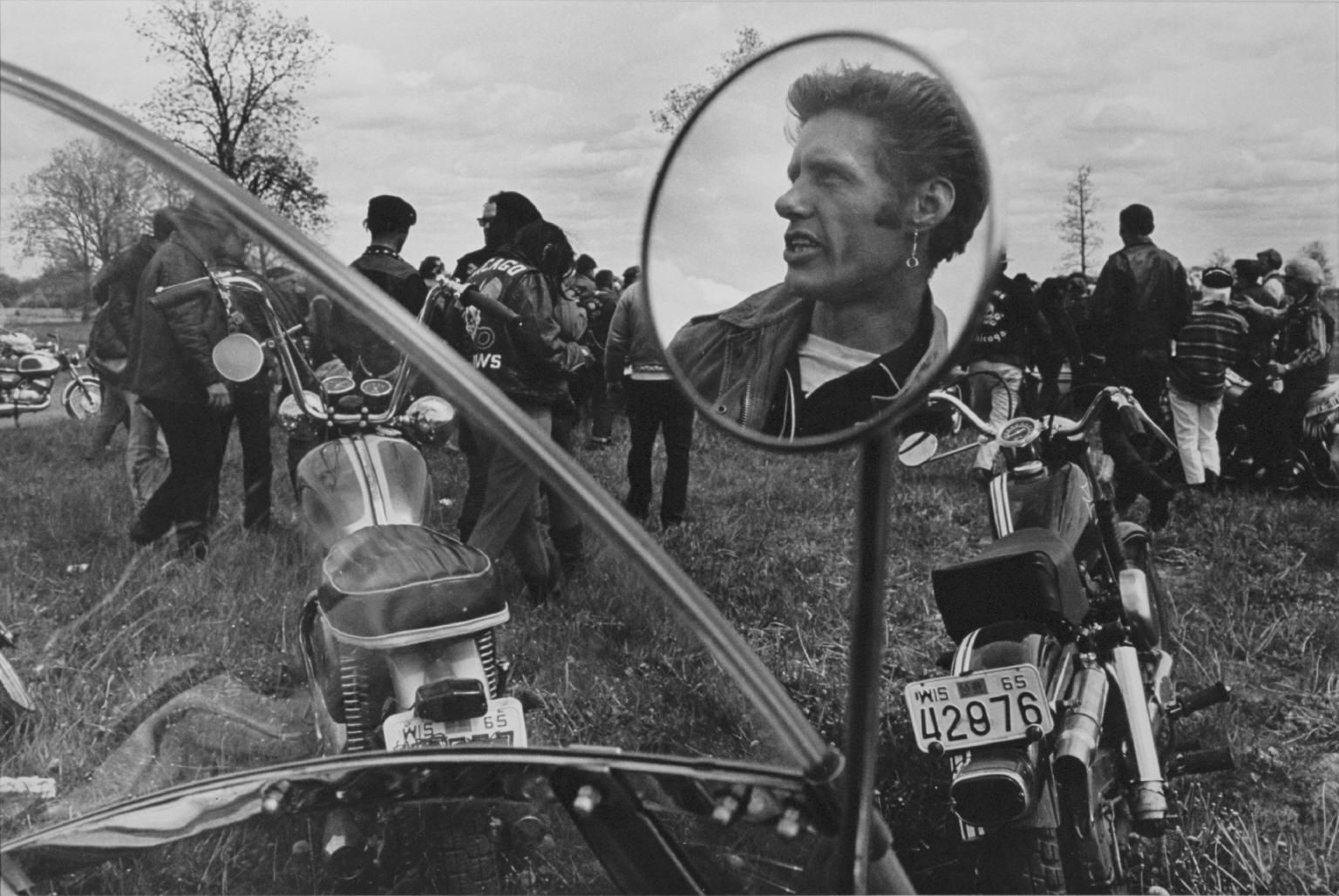 One year before the release of the classic biker film Easy Rider, a young photographer named Danny Lyon published The Bikeriders, a book featuring an iconic and influential series of photographs of biker culture that Lyon took from 1963-67. Lyon’s then-uncommon approach, which was not common at the time, was to photograph his subjects from the inside, rather than simply being an observer. In 1963, Lyon joined the Chicago Outlaws Motorcycle Club and, over the next four years, participated with the members on long distance rides and at races, field meets and informal gatherings, always armed with camera and tape recorder. Lyon became friends with his subjects and with this series helped to demystify a culture that was often stereotyped as a form of “low life.”

Lyon began photographing in the early 1960s. While studying history at the University of Chicago, he joined the Student Nonviolent Coordinating Committee as their first staff photographer. Soon thereafter, he published some of his earliest photographs in a documentary book about the Southern Civil Rights Movement. In addition to bikers, Lyon has photo-documented death-row inmates, street kids and the changing urban landscape of lower Manhattan. He has also produced a number of films and is considered an important influence on contemporary photographers Nan Goldin and Larry Clark.

Danny Lyon: The Bikeriders features fifty photographs. All are recent or promised gifts to SAMA from Ernest Pomerantz and Marie Brenner.