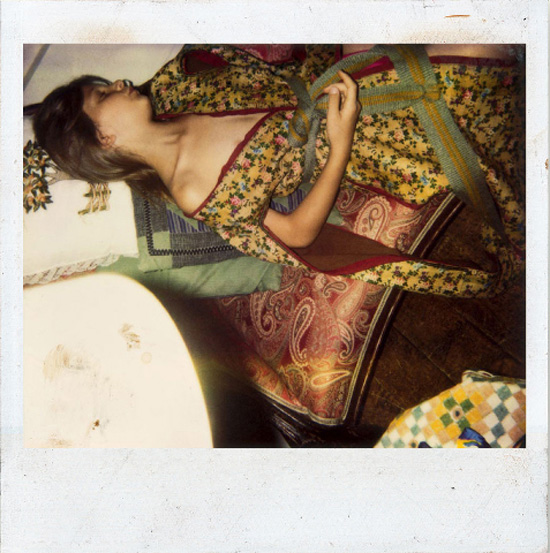 From time to time, amidst all the trials and errors, it happens: I recognize what I was looking for. All of a sudden the vision that pre-existed incarnates itself, more or less intuitively and more or less precisely. The dream and the reality are superimposed and made one.
—Balthus

Gagosian is delighted to present a special exhibition “Balthus: The Last Studies.” This is the gallery's first exhibition with the Estate of Balthus to announce the representation and it has been prepared in close association with the artist's family. The exhibition will inaugurate Gagosian's new ground-floor gallery at 976 Madison Avenue.

“Balthus: The Last Studies” presents for the very first time selections from an extensive but little-known body of preparatory photographic work by the painter, giving fresh insight into the working processes that he adopted late in life. This intimate exhibition also brings to light key continuities and correspondences between images throughout Balthus's oeuvre, providing a resonant counterpoint to “Balthus: Cats and Girls: Paintings and Provocations,” the thematic survey of early paintings at The Metropolitan Museum of Art, New York that opens to the public on September 25.

Balthus is commonly known as the reclusive painter of charged and disquieting narrative scenes, whose inspirative sources and embrace of exquisitely rigorous technique reach back to the early Renaissance, though with a subversive modern twist. In the last decade of his life, when physical frailty made it all but impossible for him to draw, he discovered the Polaroid camera—a surprising turn for one who had remained so defiantly aloof from many of the radical innovations of his own time. With it he began making extensive instant preparatory "sketches" for his paintings, which were often many years in the making.

During this time, his artistic energies and attention were reserved largely for his last model, a girl named Anna who posed for him every Wednesday for eight years in the same room, with the same curtain, the same chaise longue, the same window in changing light conditions, the same bucolic mountain scenery looming beyond. What these compelling, jewel-like photographic images reveal—from the dramatic affect of classical gesture to the seeming nonchalance of studied repose—is the extraordinary level of nuance and inventiveness that Balthus was able to evince repeatedly from a simple scene and an approximate photographic method.

In some instances, spontaneous interaction is captured in a single shot; in the first image of the exhibition, Anna presents herself to Balthus's lens for the first time, a guileless child already possessed of La Gioconda's mysterious smile. In others, sequences of images reveal fleeting passages of barely perceptible evolution while Balthus intently searches the situation before him to meticulously define each element. And thus Anna is transformed into the stuff of allegory. Each of the 155 Polaroids presented here, which span the years of collaboration between the artist and his last model, is a record of a masterly command of subject and circumstance and of formal obsession pursued to the end.

The exhibition is accompanied by a magnificent two-volume book in a limited release of 1,000 copies, in which the entire corpus of Polaroids is reproduced. It is edited by Nicolas Pages and Benoit Peverelli and published by Steidl.

Balthus (Balthasar Klossowski de Rola) was born in Paris in 1908 and died in Rossinière, Switzerland in 2001. At the age of 13, he published Mitsou, a book of 40 ink drawings with a text by Rainer Maria Rilke, a close family friend. A self-taught artist, he held his first exhibition at Galerie Pierre, Paris in 1934. Following the ensuing scandal, he showed with Pierre Matisse Gallery, New York from 1938–77, although he never visited the U.S. His paintings and drawings are in the collections of key museum and private collections worldwide.

In 1961, Balthus became director of the French Academy in Rome. Over the next 16 years he restored the interior of the Villa Medici and its gardens to their former elegance. During his lifetime, he was also a noted stage designer for Shakespeare's As You Like It, Shelley's Cenci (as adapted by Antonin Artaud), Camus's État de Siège and Mozart's Così Fan Tutte.