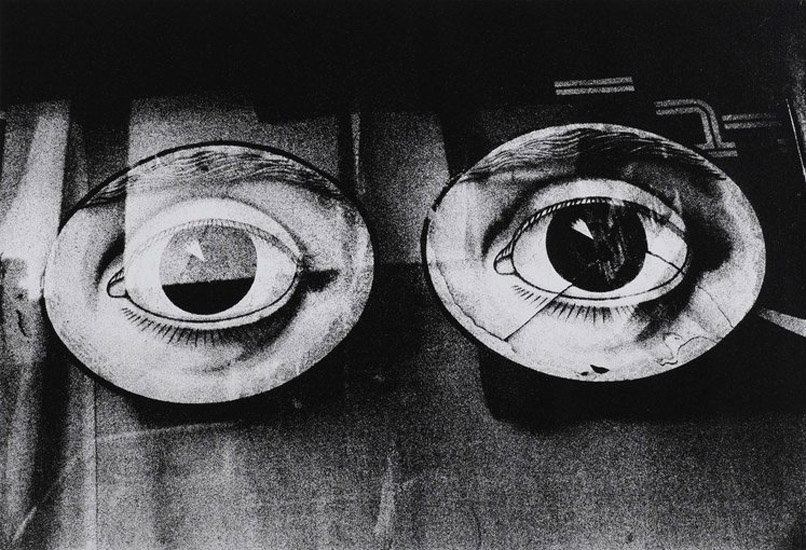 Daido Moriyama is recognised as one of Japan's most influential living photographers; he is certainly the most celebrated photographer to emerge from the Japanese Provoke movement of the 1960s, and Hamiltons proudly presents our inaugural exhibition of his work; Silkscreens. The exhibition includes sixteen photographs, selected by gallery owner Tim Jefferies, from Moriyama's broad portfolio and produced exclusively for Hamiltons as silkscreens on canvas. Each work is a limited edition of three and this is amongst the very rarest of his oeuvre. The selection presents a comprehensive oversight of Moriyama's wide ranging subject matter, from well known images to lesser known surprises and titles include Memory of Dog 2, 1982; DOCUMENTARY 93 ('86.6 Setagaya-ku, Tokyo), 1986; The City I Always Had a Hard Time Leaving, 1976 and One More Peek, 1966.

To fully understand Moriyama's photography one needs to consider the date and place of his birth; 1938, Osaka. Notoriously challenging and unsettling, Moriyama's work is both raw and instinctive, haunted by the American occupation of Japan after World War II and its consequent aftermath; the social and cultural shifts, industrialisation, urbanisation and ultimately the clash of capitalism with a traditionally insular society. His work alludes to the struggle between old and new, the emotional imbalance between two worlds and the urban malaise of Japan, chronicling the relentless tug of tradition versus modernism; spirituality versus commerce. 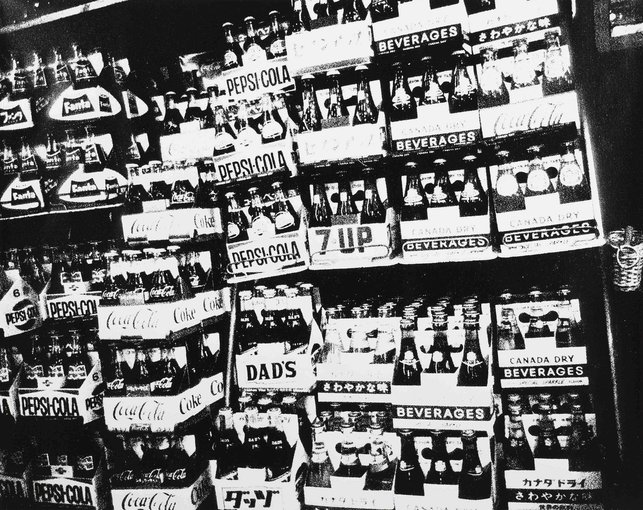 Much of Moriyama's work is black and white with shades of grey. His style - dark and grainy - echoes the subject matter. Although a master of technique, experimenting with light, shade and abstraction, he allows for photographic chance. In addition to social and historical context, Moriyama draws influences from a range of photographers and artists both within and beyond Japan. He worked under Eikoh Hosoe and is a contemporary of Shomei Tomatsu, Nobuyoshi Araki and Hiroshi Sugimoto. The influence of Andy Warhol is evident as is the stimulus of Ed van der Elsken and William Klein, both of whom visited Japan in the early sixties, the latter of which he celebrated a side-by-side retrospective at Tate Modern last year.

His work, often stripped of sentimentality, depicts a dark, urgent and disturbing edge of street life and political protest - from corpses preserved in formaldehyde to urban decay, junkyards, consumer goods stacked in supermarkets, transvestite performers, city life, stray dogs and images of young women at hostess bars. A world without apparent joy. The eighties, however, witnessed a shift in Moriyama's work. Whilst retaining the perceptive intellect evident throughout his career, Moriyama studied both composition and form and his work became sharper, lighter and larger in scale.

Most widely recognised for his gritty, mysterious style, Silkscreens pays tribute to the multiple aspects of Moriyama's practice from his initial projects made in Tokyo in the sixties to his compositional studies in the eighties and nineties. Undeniably difficult to sum up, to characterise in one way with reference to a single body of work, Moriyama has taken tens of thousands of photographs since the mid sixties and his complete works include black and white, colour, Polaroids, screenprints, films, installations and now silkscreens.

Moriyama has exhibited globally in a number of solo and group exhibitions, the most notable being a joint retrospective with William Klein at Tate Modern, 2012; he has published multiple photo-essays and photobooks. He is held in a number of public and private collections and has been awarded the Lifetime Achievement Award from The Photographic Society of Japan, 2004; Der Kulturpreis der Deutschen Gesellschaft fur Photographie, 2004 and Mainichi Art Award, 2003, amongst others.