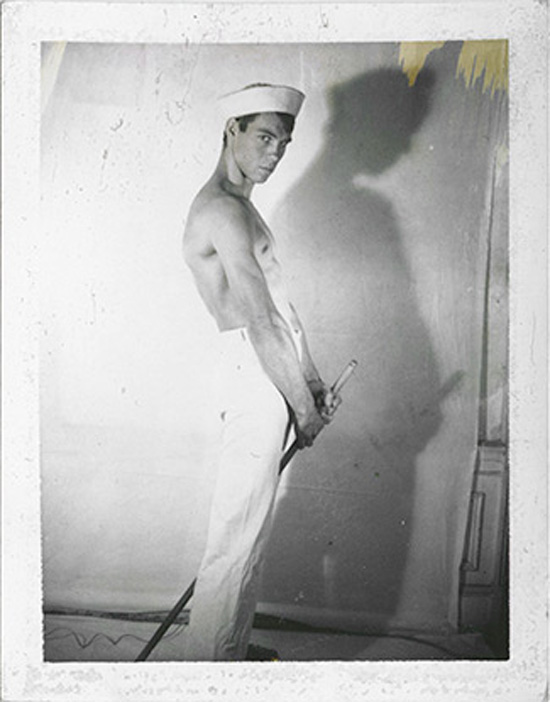 Jim French (b. 1932) first began drawing and then photographing male erotica in the 1960s. Originally a successful fashion illustrator, French and an old army buddy partnered to open a mail order company in New York City they called Luger. French contributed homoerotic drawings of hyper-masculine types such as soldiers, cowboys, and bikers. Eventually he bought out his business partner, and by 1967, under the pseudonym Rip Colt, he founded the now infamous Colt Studio. Producing highly detailed drawings for various Colt Studio books, magazines, and calendars, French turned to the new Polaroid camera to shoot photographs of male models that eventually would serve as research studies. However, despite his great talent with the pencil, as time went on, French ultimately built a formidable reputation for himself as one of the most important photographers of the male form. ClampArt’s exhibition features the vintage Polaroid studio “studies” French shot in the late 1960s. 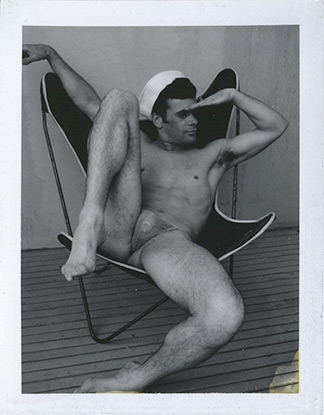 Models can be expensive, and photographing them in many poses during a single studio session proved convenient and more economical to French. But then, before the 1970s there were challenges getting erotic subject matter that was shot on film processed. Going to a public lab, one would face arrest, so artists had to rely on private connections, but the quality could often be poor. Polaroid offered photographers the ability to bypass the lab altogether with pictures ready in just a matter of minutes. To quote Christopher Harrity writing about French’s work for The Advocate: “The Polaroid camera was a boon to the amateur and professional. Polaroid knew that well when it created a sexy white camera called ‘the Swinger.’” 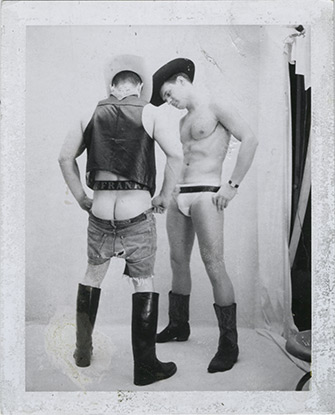 French’s Polaroids are at turns sexy, shocking, sometimes campy, but invariably beautiful. The artist, known for his perfectionism, created classically-inspired and wonderfully composed photographs that largely established a standard and approach for the visual ideal of male sexual beauty. Along with other physique photographers such as Bruce of LA and Western Photography Guild, fine artists such as George Platt Lynes and the collective PaJaMa, French significantly influenced later figures such as Robert Mapplethorpe, Bruce Weber, and Herb Ritts.

Jim French was formally trained at the Philadelphia Museum School from 1950 to 1954 before joining the armed services in 1955. After an honorable discharge in 1957, he settled in New York City, where he resided until 1974, when he relocated to the Hollywood Hills in California. He has nine published books including “Man”; “Another Man”; “Jim French Men”; “Quorum”; “Opus Deorum”; “Masc.”; “The Art of Jim French”; “The Art of the Male Nude”; and now “Tinker, Tailor, Soldier, Sailor.” The artist is retired and resides in Palm Springs.