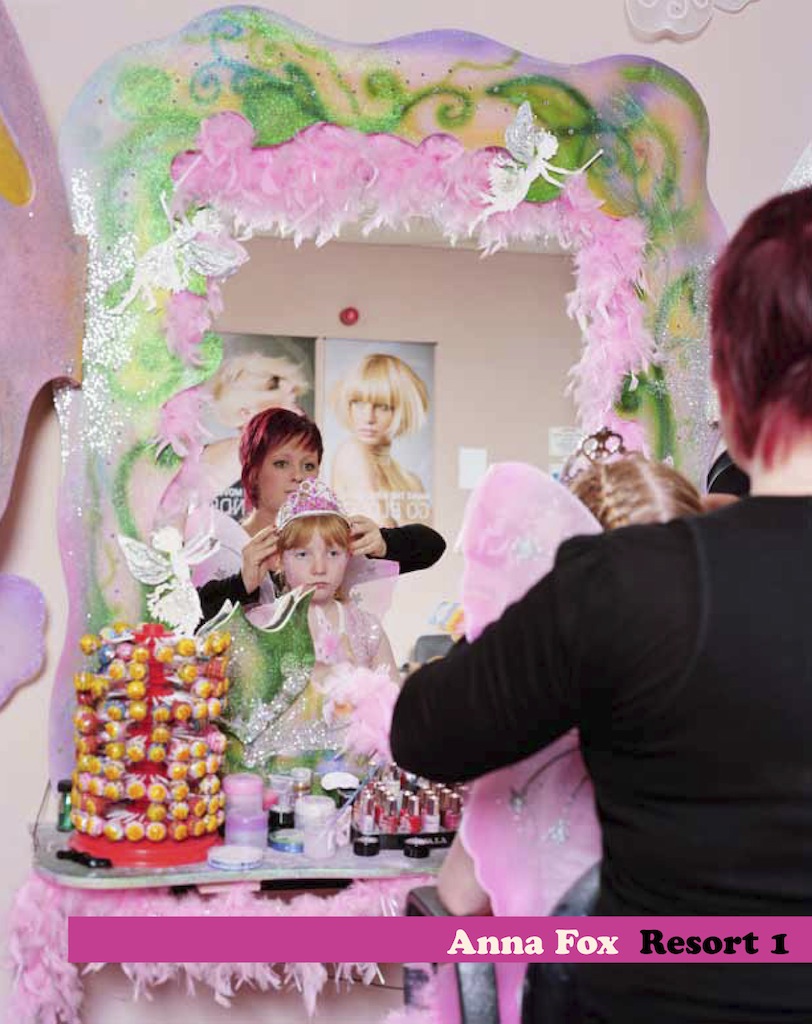 For two years British photographer Anna Fox documented holiday culture at the iconic Butlin's resort in the seaside town of Bognor Regis, West Sussex. The work marked the 75th anniversary of this leisure brand, and provided a unique insight into contemporary British holiday culture. Butlin's is a British institution and an established cultural phenomenon, with a very particular character, history and identity. Having attracted tens-of-millions of holidaymakers since its creation in 1936, the popularity of Butlin's peaked in the 1970s, but today it remains a thriving centre for family holidays and themed leisure breaks.

Shot using large-format, Fox's deeply saturated colour photographs provide a fascinating update to a holiday icon most often associated with the golden era of British seaside culture, in contrast to the popular themed adult weekends now on offer and which will be the subject of Resort 2, the second book by Anna Fox planned to be published by Schilt Publishing in 2014. Resort 1 includes essays by David Chancellor, Stephen Bull and Dr Roni Brown.

Anna Fox has been working in photography and video for over twenty years. Influenced by the British documentary tradition and US 'New Colourists', her first work Workstations (published by and exhibition first at Camerawork, London, 1988) observed, with a critical eye, London office culture in the 1980s under Margaret Thatcher's government. Her later work documenting weekend wargames, Friendly Fire, was part of the exhibition Warworks at the Victoria & Albert Museum, the Netherlands Foto Institute and the Canadian Museum of Contemporary Photography. In 2010 she was shortlisted for the Deutsche Börse Photography Prize.

Anna Fox is Professor of Photography at University for the Creative Arts at Farnham.