The Bronx Documentary Center is pleased to present « Refugee Hotel », an exhibItion of photographs by Gabriele Stabile 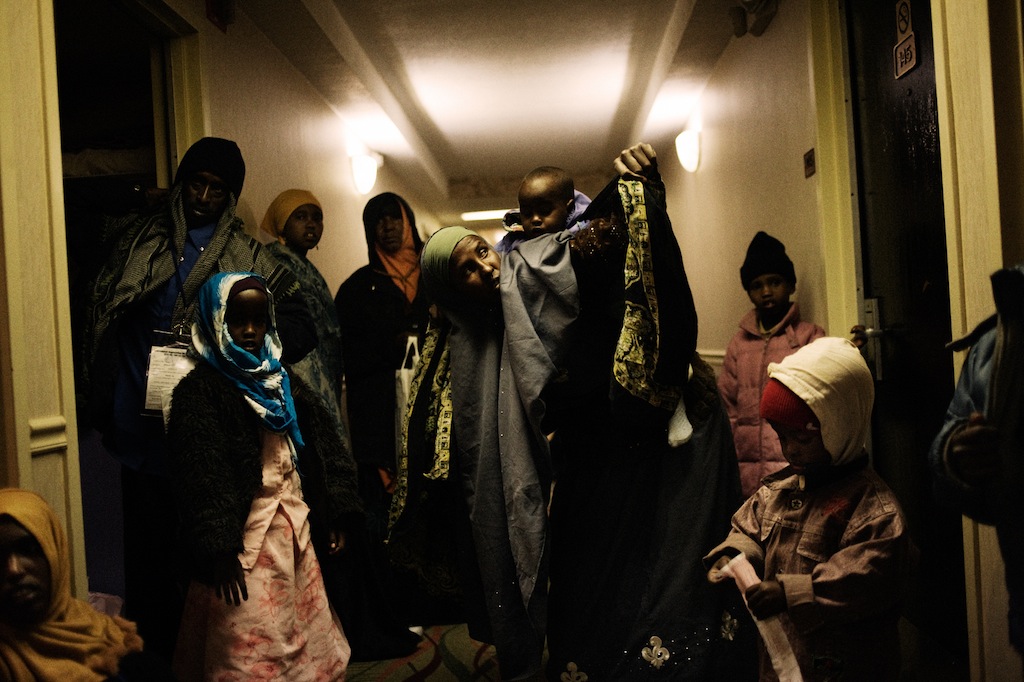 In more than sixty photographs, the exhibition chronicles refugees during their first night in the United States and their lives in resettlement. This is Stabile’s first one-person exhibition in New York City.

A refugee is defined as a person who has crossed a border to escape persecution based religion, political opinion, sexual or ethnic identities. Hundreds of refugees are placed in New York City each year, and of those more than 90% are resettled in the Bronx. For six years Stabile worked in coordination with the International Organization for Migration and other resettlement organizations around the country to photograph refugees from Cuba, Africa, Southeast Asia, and the Middle East as they set foot on American soil. Customarily, their first nights are spent at a string of airport hotels in major US metropolises. Stabile writes, “ The first night in America is for all of them the start of a new life with new possibilities, but also another fatal, definitive step away from home.” He continues, “It is a moment on the cusp between two uncertainties, a past of displacement and an unknown future...a seemingly unassuming night they will remember for the rest of their lives alongside the fireproof carpet, the standardized furniture, and the floral bed cover.”

Stabile also captures his subjects’ as they adjust to small-town life in Fargo, North Dakota; Charlottesville, Virginia; Erie, Pennsylvania; Amarillo, Texas; Tulsa, Oklahoma. Resettlers face the practical and existential challenges of earning a living wage, adjusting to new communities, learning a foreign language, adopting or rejecting new cultural attitudes, and sorting through memories and traumas of the past. 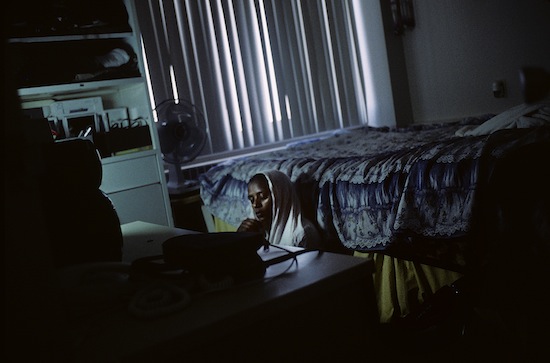 Stabile, who is Italian, seeks to expose the feeling of isolation a person may experience when leaving one’s country without any promise of return. Stabile is particularly drawn to the experiences of families and children, especially where a child begins to adopt another cultural identity than that of his family.

The exhibition is based on the based on the book Refugee Hotel, by Gabriele Stabile and Juliet Linderman, (2012, McSweeney’s/Voice of Witness, San Francisco).

Gabriele Stabile is a New York City-based photographer. A steady contributor to The New Yorker magazine, his work has been published in The New York Times, The Wall Street Journal, Le Monde, The Fader and on many other fine publications. Refugee Hotel is his first book.

ABOUT THE BRONX DOCUMENTARY CENTER

Founded in 2011, the Bronx Documentary Center (BDC) is a non-profit gallery and educational space devoted to documentary projects from around the globe. Located on the ground floor of a recently revitalized building in the South Bronx, the BDC aims to create an engaging environment for local and international photojournalists, artists, filmmakers, critics and educators committed to innovative methods of non-fiction storytelling. 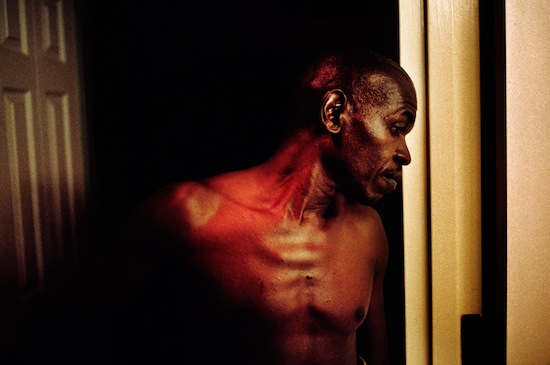