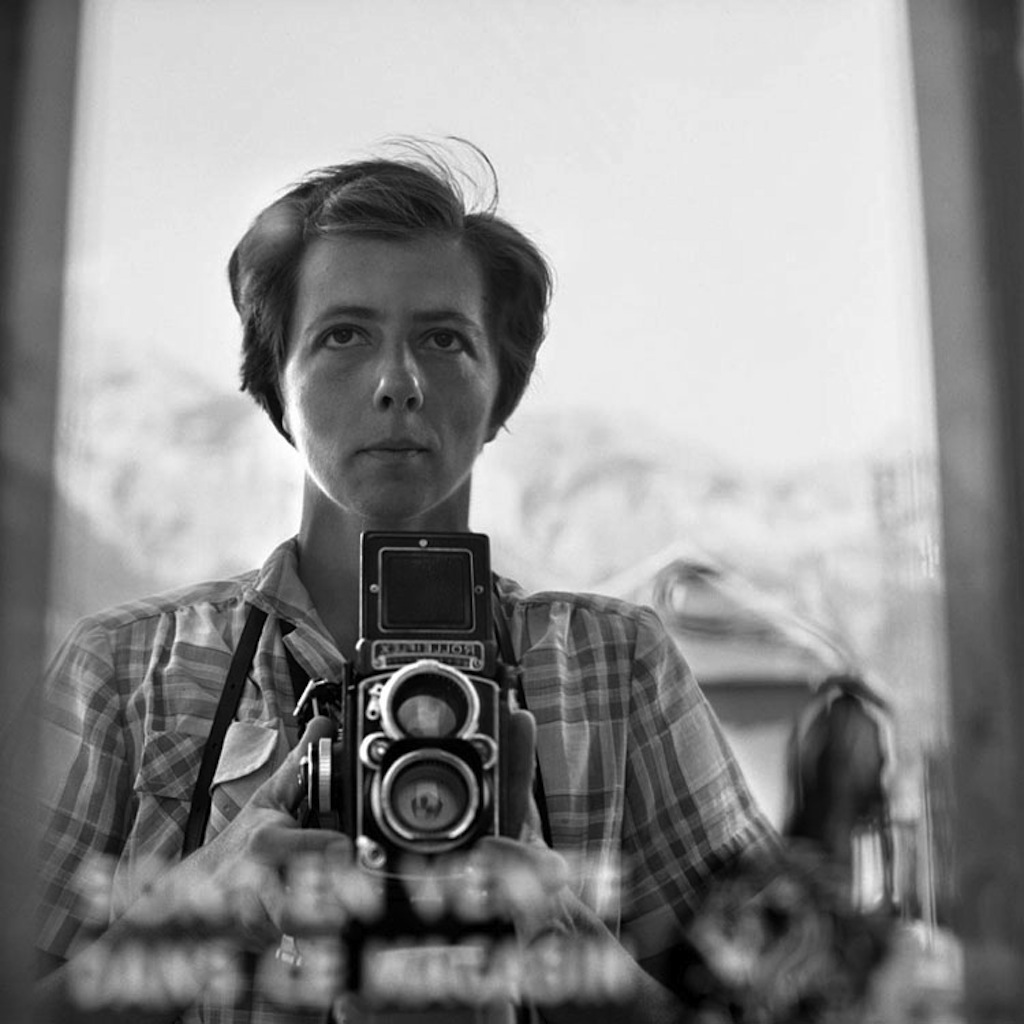 New York City – An exhibition of self-portraits by recently discovered street photographer Vivian Maier made from 1950 – 1976 will be on view at Howard Greenberg Gallery from November 8 – December 14, 2013. The exhibition coincides with the publication of the book Vivian Maier: Self-Portraits (powerHouse Books, November 2013) that surveys Maier’s self-portraits, many of which are being shown and published for the first time. An opening reception will be held on Thursday, November 7, from 6-8 p.m.

The story of Vivian Maier has practically become a photography legend: Born in New York City in 1926, she spent much of her youth in France. Returning to the U.S. in 1951, she worked as a nanny in Chicago and New York for 40 years. Reclusive and eccentric, she took pictures all the time, yet never showed them to anyone. From the 1950s to the 1990s, with a Rolleiflex dangling from her neck, she made over 100,000 images, primarily of people and cityscapes.

Maier’s massive body of work, which could have been destined for obscurity, was housed in a storage locker in Chicago for many years. Unbeknownst to her caretakers (three of the grown children she had looked after), the contents of her storage locker had been dispersed due to non-payment. Her negatives were discovered by Chicago-based realtor and historian John Maloof at an auction house in Chicago in 2007. Maloof pieced together the identity of the mysterious photographer, but Vivian Maier died in 2009, before Maloof was able to speak with her. In the years that followed, Maloof has brought her work to the attention of the art world and the general public; and since 2010, nearly 20 exhibitions of photographs by Vivian Maier have been mounted in the U.S. and Europe. Numerous critics have written that her work will be remembered as some of the best 20th-century street photography.

Vivian Maier: Self-Portrait at Howard Greenberg Gallery is the first exhibition to explore the photographer’s numerous self-portraits and the first U.S. gallery exhibition of her color work. Among the highlights is an untitled image from 1950 showing a young Maier with her short cropped hair and no make-up reflected in a framed mirror hanging next to several landscape paintings in an antique store or flea market. She looks professional in a blue jacket with a trench coat draped over one arm, a camera hanging from her neck.

Another reflection of Maier, Anaheim, California, September 10, 1955, shows her profile surrounded by darkness: she looks almost elegant, yet vulnerable, in a small round mirror she appears to be holding. An untitled photograph from 1959 is more revealing, as Maier’s image almost fills up the frame, showing her pixie haircut and a serious expression. Other self-portraits show Maier in shadow: one from 1954 shows her shadow cast on a beach; another beach shot shows Maier’s head with her signature man’s hat, her shadow looking almost ominous next to a woman sunbathing in a bikini. 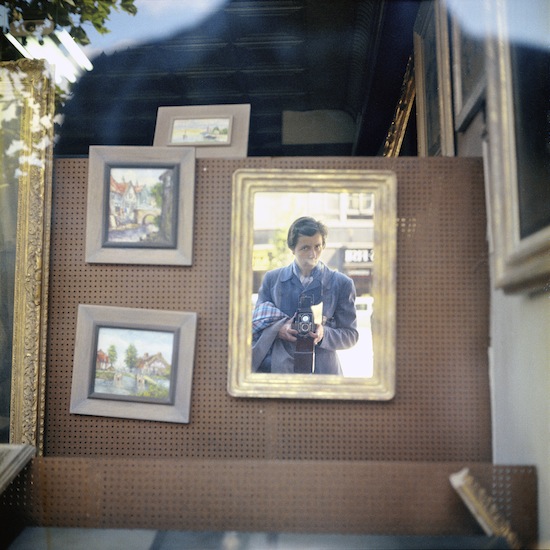 A book signing for Vivian Maier: Self-Portraits will be held on Thursday, November 7, from 5-6 p.m. with John Maloof and Elizabeth Avedon at Howard Greenberg Gallery.

A new film, Finding Vivian Maier, directed by John Maloof and Charlie Siskel, had its world premiere at the Toronto Film Festival in September. The U.S. premier of the film will be held on November 17 at DOC NY, a documentary film festival in New York City. 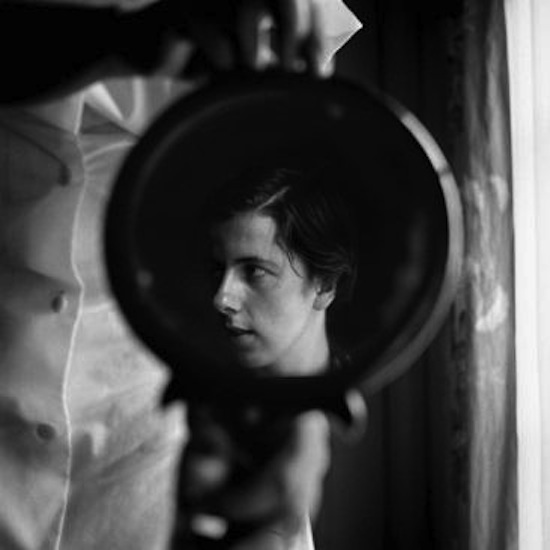