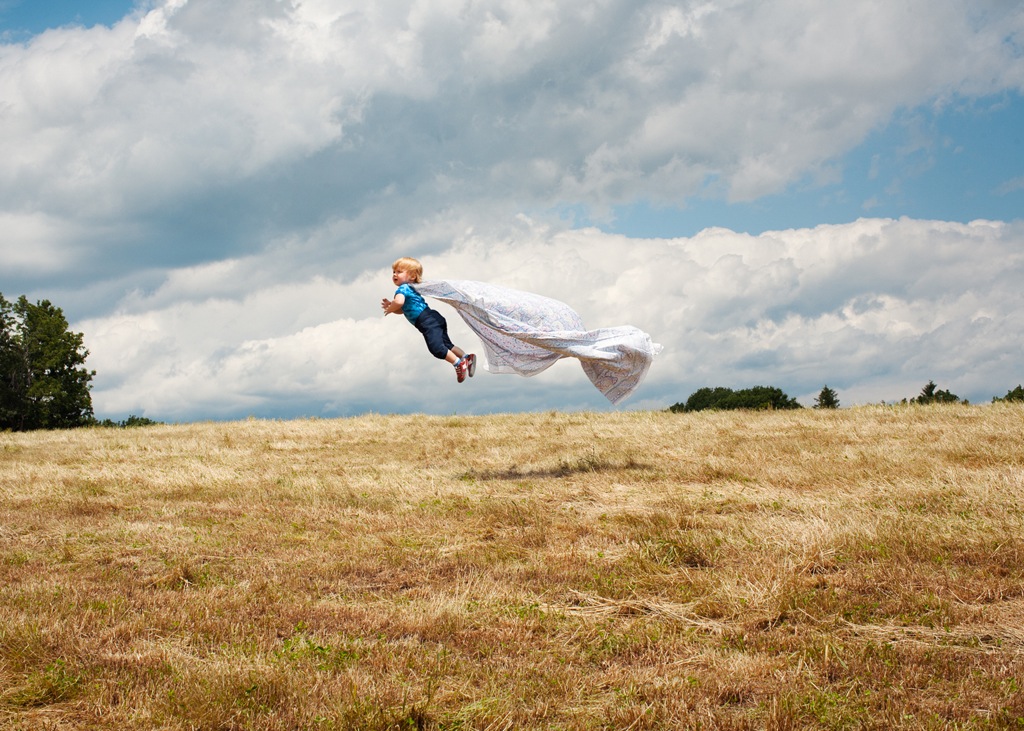 The inspiration for Rachel Hulin’s new photographic series came largely from her 6-month-old son, Henry. Like many babies, Henry loved being held in the air aloft and sailed about the room. Hulin photo-graphed him on a few occasions and soon took note of how it seemed her son was caught up in his own experience—floating apart, if you will. In American Photo Magazine, Hulin commented: « It was an allegory for how he seemed so in his own world. I was always trying to figure out what was going on in his mind. » 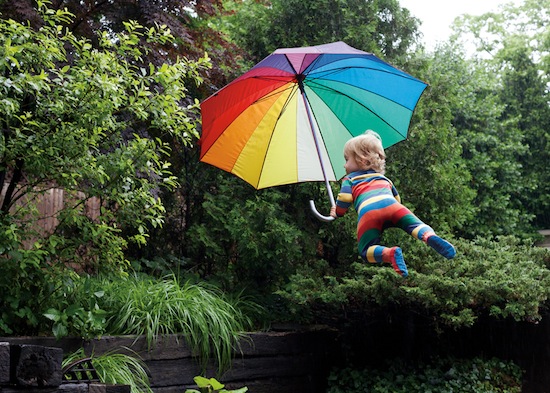 Hulin then began staging more formal short photo shoots with Henry. Often she would anchor the camera to a tripod and shoot pictures on a timer while she held the infant overhead. Other times her husband would stand in to elevate their son. The sessions were typically just five frames in duration before Henry lost interest. Then, back at the computer, Hulin digitally eliminated the adults in the images making it appear as though Henry were in magical flight. After surprisingly enthusiastic responses from friends and colleagues with whom she shared the early results, Hulin was encouraged to pitch a children’s book which is already almost through its first printing. “Flying Henry” has exploded with popularity with features in Time Magazine, The Huffington Post, CBS News, ABC News, CNN, Oprah.com, and “The Today Show,” to name just a few.

Rachel Hulin is a photographer and writer based in Providence, Rhode Island and New York City. Her work has been shown at the International Center of Photography, The Bronx Museum of the Arts, and recently at the Rhode Island School of Design Museum. Her writing about photography has appeared in The Daily Beast, PDN, and The Photography Post, which she co-founded. She has a BA from Brown University and an MA from NYU/ICP. 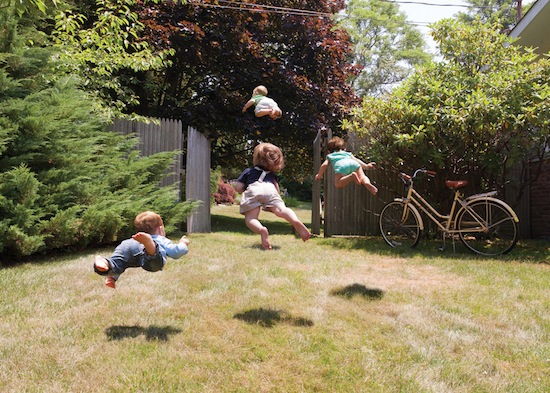