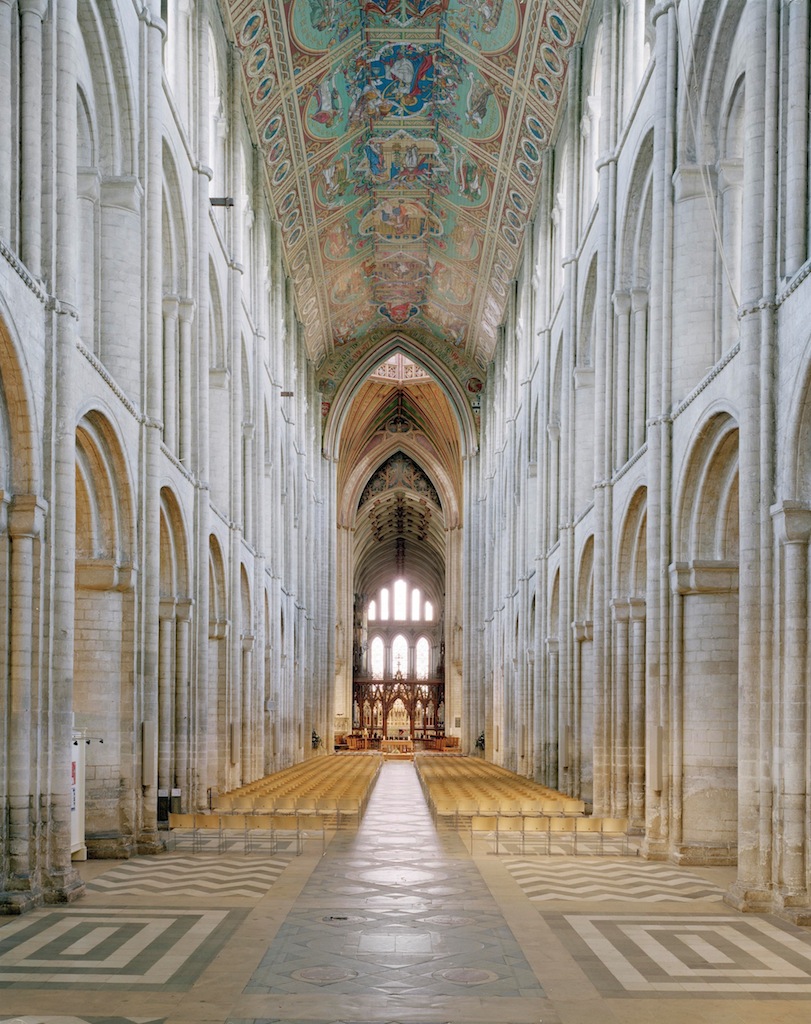 The Wapping Project Bankside is delighted to announce an exhibition of Peter Marlow’s complete series The English Cathedral this summer.

It is the first time that prints of all the 42 cathedrals will be presented to the public together, since the monograph – now a bestseller, was published by Merrell and later tipped by Martin Parr as one of the best photobooks of 2012 (PhotoEye).
In 2008, on the occasion of the 300th anniversary of the completion of St Paul's Cathedral, Peter Marlow was commissioned by Royal Mail to shoot six cathedrals (Litchfield, Belfast,Gloucester, St David's,Westminster,St Magnus in Orkney). 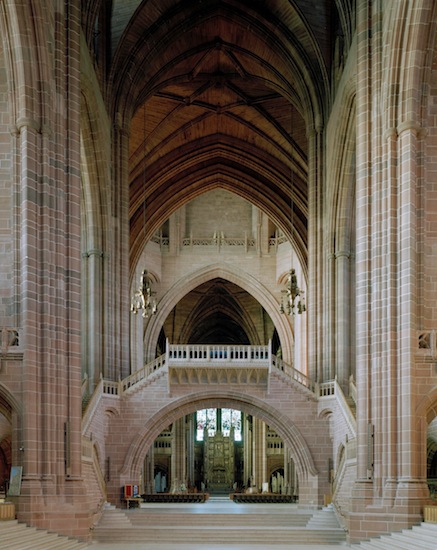 The resulting photographs were issued as a set of 6 commemorative stamps and a miniature sheet. Once the commission was complete however, Marlow was inspired to continue in a similar vein, out of his own interest and in the following four years, he shot the 42 cathedrals of the Church of England – an endeavour that can be contextualised within the tradition of church photography in England, particularly the work of Frederick Evans and Edwin Smith.

“I began by photographing the aesthetic highlights of each building, but the images seemed to merge with one another. In order to differentiate each place I needed to find a more rigorous and systematic approach, so I adopted the simple strategy of photographing the naves along the central axis". 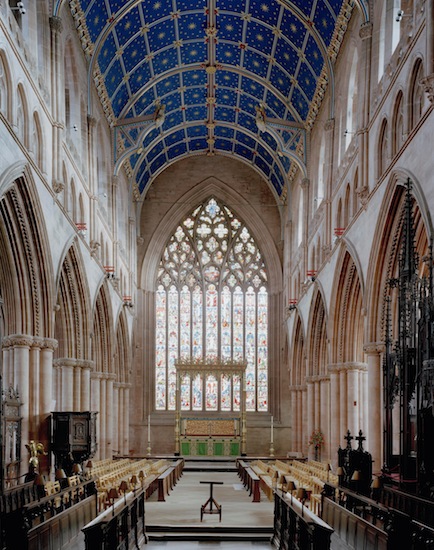 Most cathedrals were therefore shot from the same position: looking East towards the altar as dawn broke through the main window, with all artificial lighting turned off. The viewpoint adds depth to the visual experience of the building, while the discipline of the strict approach allows the power of the place unfold in the dark. Each cathedral was shot on large format film, bringing into sharp relief the splendour of the architecture, whatever the style.

Peter Marlow writes: “Air rifles or the Mappa Mundi: the memories of peripheral things remain as vivid as the historical highlights of each place. I did plenty of research before each visit, and once I felt I had completed the photography, I would spend time sitting in the nave, absorbing the power of a place where for centuries people had experienced the energy, fear and balm of religion. Everything about these places has already been said, but they have not all been “experienced”.” 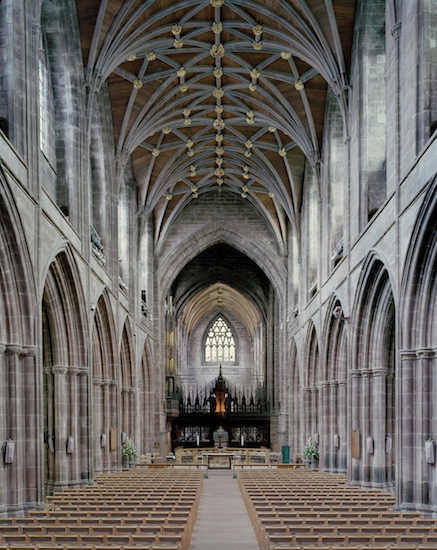 Peter Marlow joined Magnum Photos in 1980, becoming a full member in 1986. Recent exhibitions include Point of Interest and London at Night (both at the Wapping Project Bankside), Magnum Contact Sheets (Magnum Agency London, and Touring), No Such Thing as Society - Photography in Britain 1967-1987 from the British Council and Arts Council Collection, at Hayward Gallery and touring to the Laing Art Gallery, Newcastle, the Arbetets Museum, Norrkoping, Sweden and the Centre for Contemporary Art, Warsaw and Eurovisions, Centre Pompidou, Paris. His work is in numerous collections including the Qatar Museums Authority; Centre Pompidou, Paris, France and the Fuji Art Museum, Tokyo. The Wapping Project Bankside represents Peter Marlow for his personal projects.